Showing a mesh through a textur

A few weeks ago i’ve drawn a new character. Excited by her design i thought to make her in 3D. Before starting tho i noticed an issue. You see the body of the character have a special feature. Through her body, in fact, it’s possible to see some spheres, called Cores. 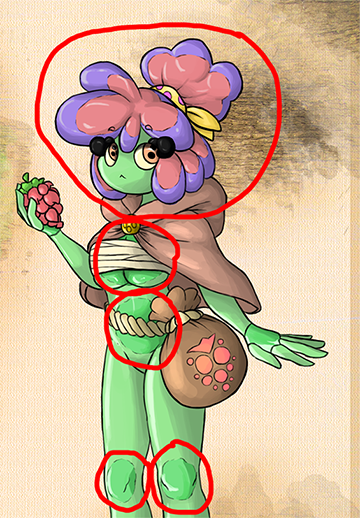 So my issue is to recreate this same effect or something similar to it. I thought to create some spheres to put inside the model. But then i thought “How can i make them see though the model?” I thought about using the transparency with the Node editor or something like that, but then i would see the objects and the background behind her and, as you can see from the picture, you can’t see, for example, the back of her hair or the rest of the cloak. The only things you can see are the Cores and the Eyebrows.

Browse other questions tagged mesh texturing materials node-editor or ask your own question.

26
Add a transparent image on top of a material
2
How do I make a Decal look worn?

3
Rounded shapes with hard surface modeling (lubricant bottle)
1
How to make a hair look normal or not blocky
0
Texture Mapping Not Moving with Model?
1
Why can I see the inside but not the outside of some objects?
3
Why is merging at center in Blender deleting/deselecting my vertex, or why can’t I select it?