Extruding outwards from a cylinder [duplicate]

Im trying to extrude points outwards like in this video at 24:50 https://www.youtube.com/watch?v=YbsYDOiph7U

This is what is happening. 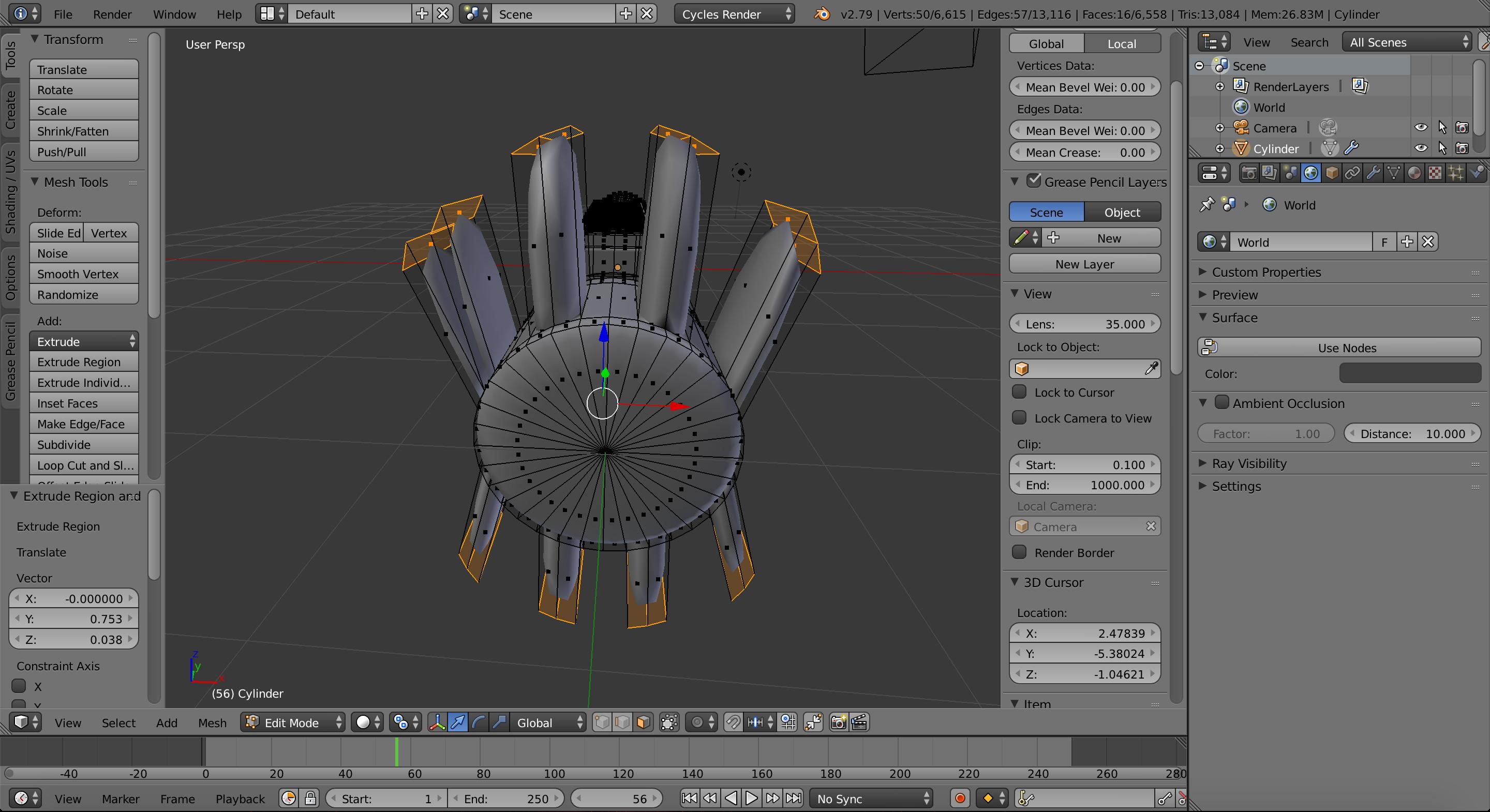 It is most likely an issue with the normals of your faces (the way that blender thinks the faces are pointing). You also appear to have some duplicate vertices that are throwing things off.

I would do these steps (starting from before you extruded the faces shown in the image):

-Select everything with A

-With everything still selected press Ctrl+N which will force blender to recalculate the normals of the faces.

-Select the faces you need again and extrude with E and it should work.

Duplicated vertices are often caused when you extrude a face and then cancel the extrusion with right click. Despite it appearing that the extrusion has been cancelled, extra vertices will have been created that are in the exact same location as other vertices. This can get Blender confused about which way is out for some faces.

You need to use "Extrude Individual" instead of "Extrude Region" - E - shortcut.

EDIT: NO, I was wrong. In your case you need to use "Extrude - Region (Vertex normals) from drop down menu "Extrude"

1
Extruding Vector Files in Blender
3
How to extrude outwards?
3
Blender How can I extrude a cylinder outward
1
Extruding diagonal rectangle from interior corner
0
Extrude a cylinder from the side of another cylinder
0
Blender 2.8 extrude vertices
0
How do I extrude a vertex group in Python, the same way that the 'E' shortcut does it