How can I create a smooth looping animation for cloth simulation?

I have created a waving flag simulation by pinning a set of points, adding cloth physics, and setting up wind forcefields. The result is just fine when I render the scene except that I want the resulting png files to be a continuously looping animation. The resulting animation is currently jumping when the loop transitions from the last frame to the first frame.

I have tried exporting to lightwave format, importing it back in and inserting appropriate shapekeys to get an interpolation between the last and first frame, (as described here), but it seems the export-import step messes up both the orientation and the basis for the shape keys. I tried exporting-importing twice and I also tried using a custom plug-in that fixes the orientation issue, but my shape keys at 1.0 value are always stretched out and rotated compared to the same shape key at 0.0. The result is that after interpolation, the flag not only waves, but also rotates and stretches.

I am thinking about trying one of the following routes:

What do you think is the easiest and best way to go to get a nice loop transition?

After trying sambler's suggestion using two modifiers with varying influence in the transition between last and first frame, the mesh seems to be rotated and scaled in the frames where the modifier influence is interpolated. 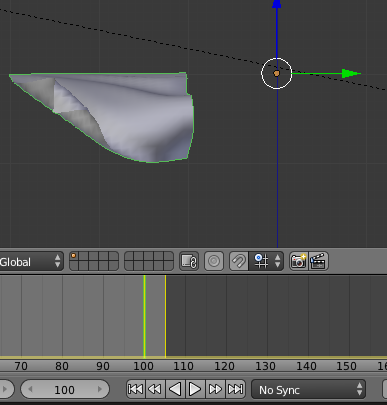 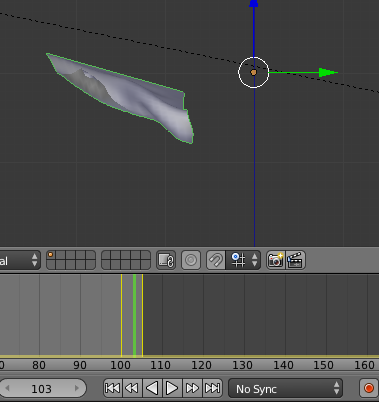 My first choice would be to run the simulation for the entire animation, but the idea of using the MDD exporter could be applied a bit differently than the example you gave.

Export the cloth simulation to an mdd file.

Remove the cloth simulation from the object and add a Mesh Cache modifier. Set the File path to the mdd file you saved previously. 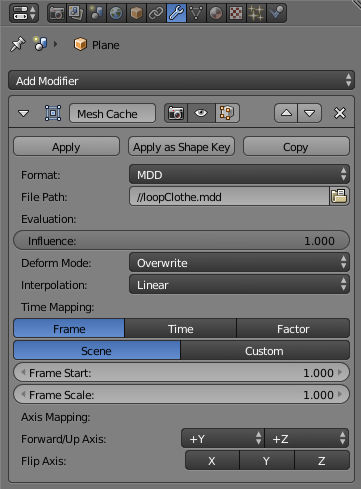 Lets say we have a cloth simulation of 100 frames.

This should give us a smooth transition between the last and first simulation frames.

By keyframing the start frame we can re-use the two modifiers to repeat the simulation over and over again.

You could make the flag randomly sway in wind and then reverse it at the end to bring it back to the beginning. Make sure you don't just stop it then suddenly play it in reverse. Slow it down then slowly speed up in reverse.

Not the answer you're looking for? Browse other questions tagged animation physics cloth-simulation shape-keys or ask your own question.

2
How to make a cycled cloth simulation?
9
Seamless looping animation
2
How do I use shape keys to bake a soft body animation?
2
Move a soft body/cloth after baking
2
Seamless animation loop for flags

2
Looping Displacement Modifier Animation
20
How to loop the particle simulation indefinitely?
4
Creating looping cloth animation for sprite
0
Cloth simulation for game engine doesn't get animated despite Shape Keys have been created
3
Create Seamlessly Looping Animated Displacements
7
Lofting: can I copy a Shape-Keyed mesh for each frame of its animation?
1
How to create a seamless animation loop in Blender?
2
Shape key values saved as 0