I'm working on animated text shown over a video. Textes are shown on three different moments, over a white background. To get my stuff organized, I created three scenes, and set my text on each one of them. First scene worked really nicely, I had no trouble at all, and could easily render the video with text on it. In second scene, Text was shown on screen as expected, until I animated it. After setting a simple 4 keyframes "get in screen - stand there a couple of seconds - get out of screen" animation, text just dissapeared fron render. When deleting the first keyframes (the ones that set text origin location), I got it to be shown on render, but it just kept on there and didn't get out of screen when it should. That's what you should see on the .blend file I upload, action keyframed on frames 1560 to 1581 is not rendered. 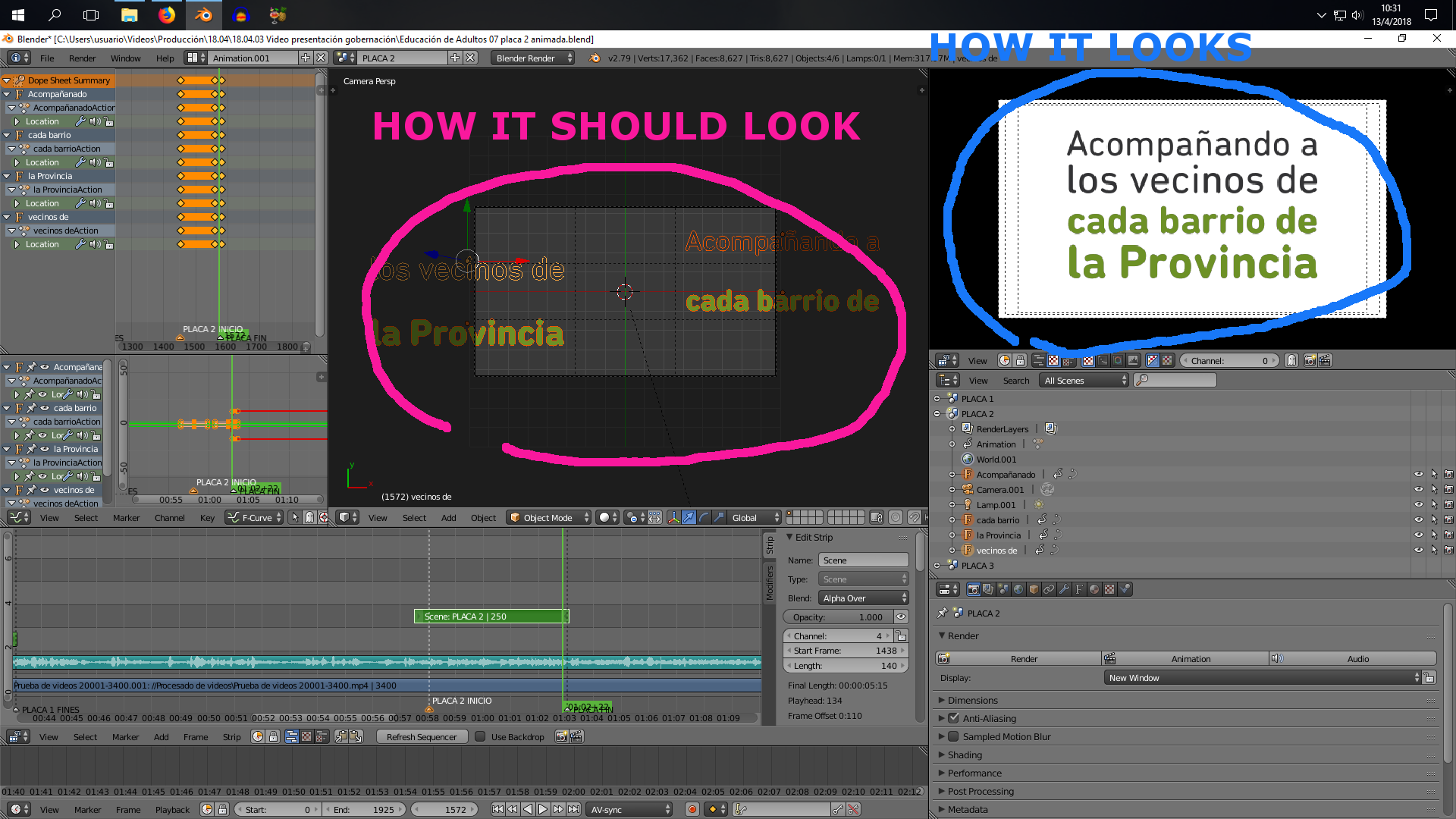 EDIT - My problem is not about having the scene overrid by a strip from VSE. The scenes are set on VSE over video strips, and can be seen correctly over video on render. My problem is about not knowing how to handle animation timing with various scenes on the project. I set markers on VSE and then used them as a guide to keyframe animations. This works well for my first scene, but my second scene seems not to match with timeline, I just don't know how to properly sync the scenes on the project.

16
Blender is rendering an older version my project
1
Why is my image sequence render using an old version of my animation?

7
Video Editing Workflow: Use a separate scene for VSE?
1
Multiple scenes with the VSE?
2
Opacity animation disappears in render
0
Blender as a VSE - can I separate my editing into multiple scenes and render as single video?
0
Is is possible for the Scene's in the VSE to automatically track their source objects?
0
See render progress in VSE
0
Missing 3d text on animation render
4
How to render multiple scenes in succession from the timeline?