How to animate spirals on packed spheres using Animation Nodes?

I will like to animate a list of parametric spirals over a list of packed spheres. The effect I am after is illustrated in this gif by Étienne Jacob :

By looking at the gif above, we will divide our implementation into two parts:

There are multiple algorithms we can use to generate point locations and radii. Some are iterative, others are generative (but expensive), and others are "approximative." We don't really care about execution time because the output is readily cached. Perfect packing is not needed either since smaller circles will usually go unnoticed.

Our algorithms will be as follows: 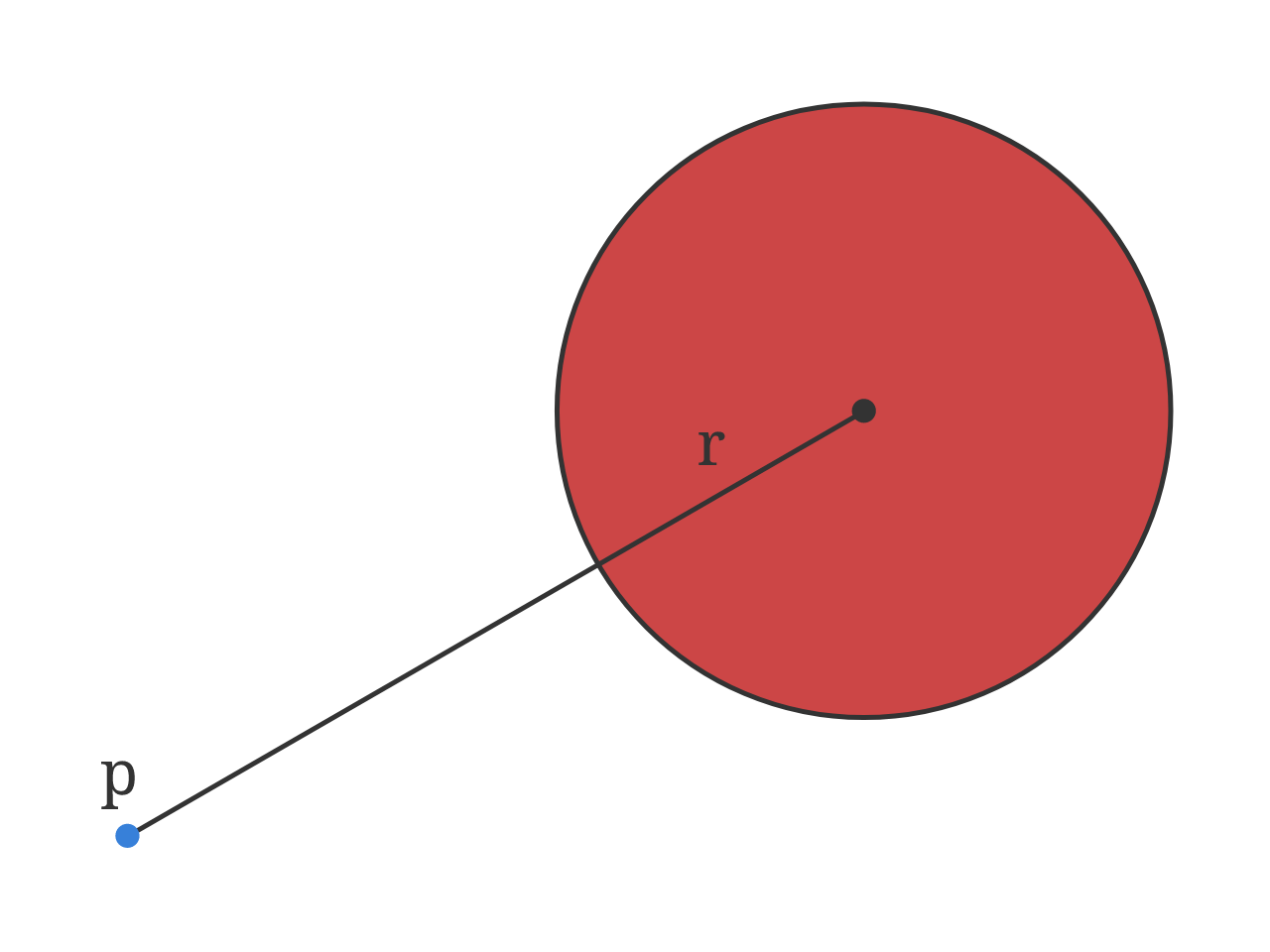 To find the smallest signed distance, we loop over the point and radii lists and reassign an initially infinity float parameter if the current signed distance is smaller than the value of the parameter. This is is the equivalent to a KD Tree search except we are subtracting some value defined as the radius.

Next, we create a loop that has an arbitrary number of iterations controlling the maximum number of spheres. However, it does not strictly define the number of spheres itself! The loop has two main parameters: (1) a vector list that will include the spheres locations and (2) a float list that will contain the radii locations. Both inputs are undefined, meaning that they are initially empty lists that we will append to later. In this loop, we generate a random point (we will talk about that algorithm later on), compute the smallest signed distance using the loop we created before and append the sphere location if it is positive. The append condition is implemented as a form of reassign condition for both lists. It is important that we copy the lists at each iteration, ensuring the append doesn't overwrite the original list rendering our reassign condition useless. I chose to define the radius as the positive distance bounded by some arbitrary constant called the Max Radius, though any other positive value less than the distance will work.

Again, the random point generation is a choice and it may vary based on our needs. I can see that in the reference gif, the random points are uniformly distributed inside a circle, so our random generator can be created as define in the document about Disk Point Picking, that is, the random point is defined by the parametric equation: 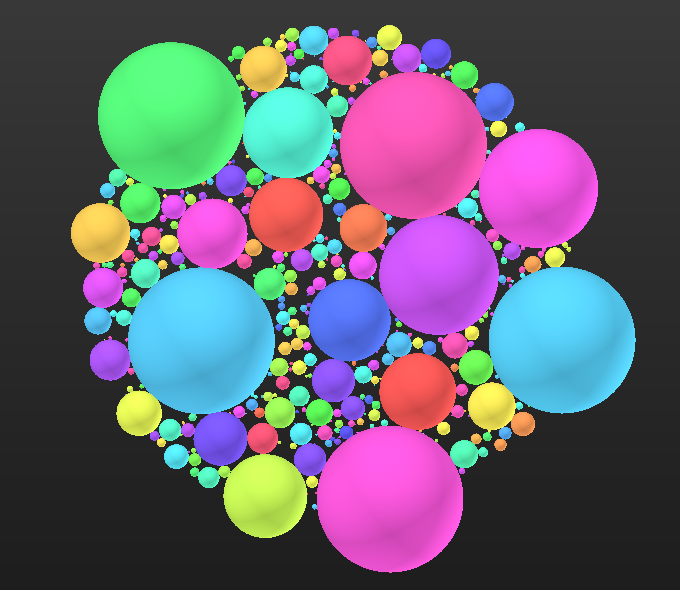 Had I used a normalized random vector, it would have been like this: 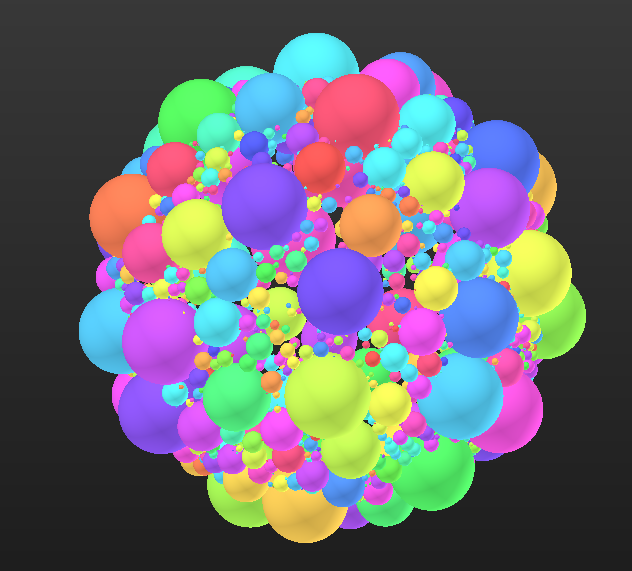 All we have to do now is generate a spiral on those spheres. A possible parametric equation would be the ones described in this question and answers, that is:

Where $t$ ranges between negative one and one and $a$ controls the number of revolutions. Which results:

But since sin and cos and periodic, we can animate them by adding a phase shift:

We can now transform this by some transformation matrix defined by the sphere locations and radii. Create a spline from it. And we are going to put that in a group to be able to use it easily.

By looping over spheres, randomizing some of the parameters and transforming, as follows:

You can now render this as you wish. Maybe through in some random colors or make it particles like the reference gif.