Creating a space dome? Is that how that works?

I'm currently working on a storyboard type music video where most of the shots take place in space. I've been getting away with creating that illusion of space using after effects with certain backgrounds and I believe I've got decent results give the drawing type styled nature of it. But there's a few upcoming shots where the camera is suppose to pan beyond what I'm able to recreate in after effects.

I figured that my best possible bet to improve that would be to create a "space playground" in blender where I would indeed be able to move the camera in any direction I wish. What would be the best way to go about this? One thing that comes to mind is that menu screen from Halo 1 for PC. Where its apparent that the camera is inside a "dome" / Sphere looking around and there's stars in every direction. All the YouTube tutorials that I've seen barely cover what I'm talking about. They mainly show how to create a space "picture" using the particle system. I want to be able to pan that cam in any direction like the movie Gravity. Any help with this would be greatly appreciated.

You can make a star field by shooting a panorama in one scene, then using the resulting image in another scene as a world texture. You won't have to render the particles all the time and you can pan anywhere. 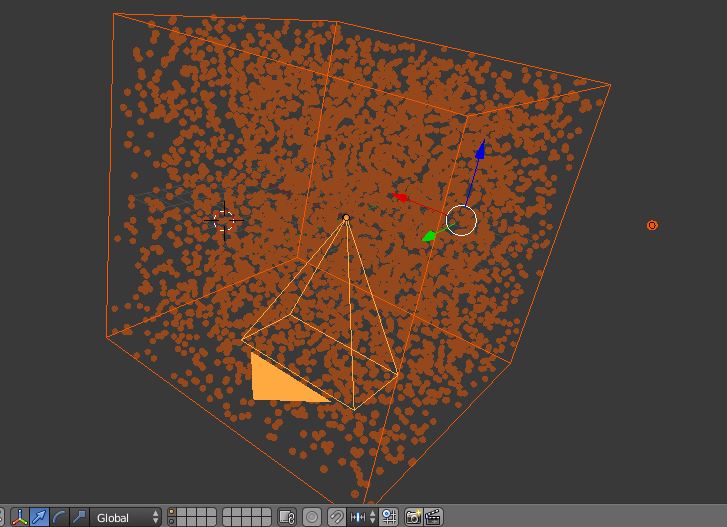 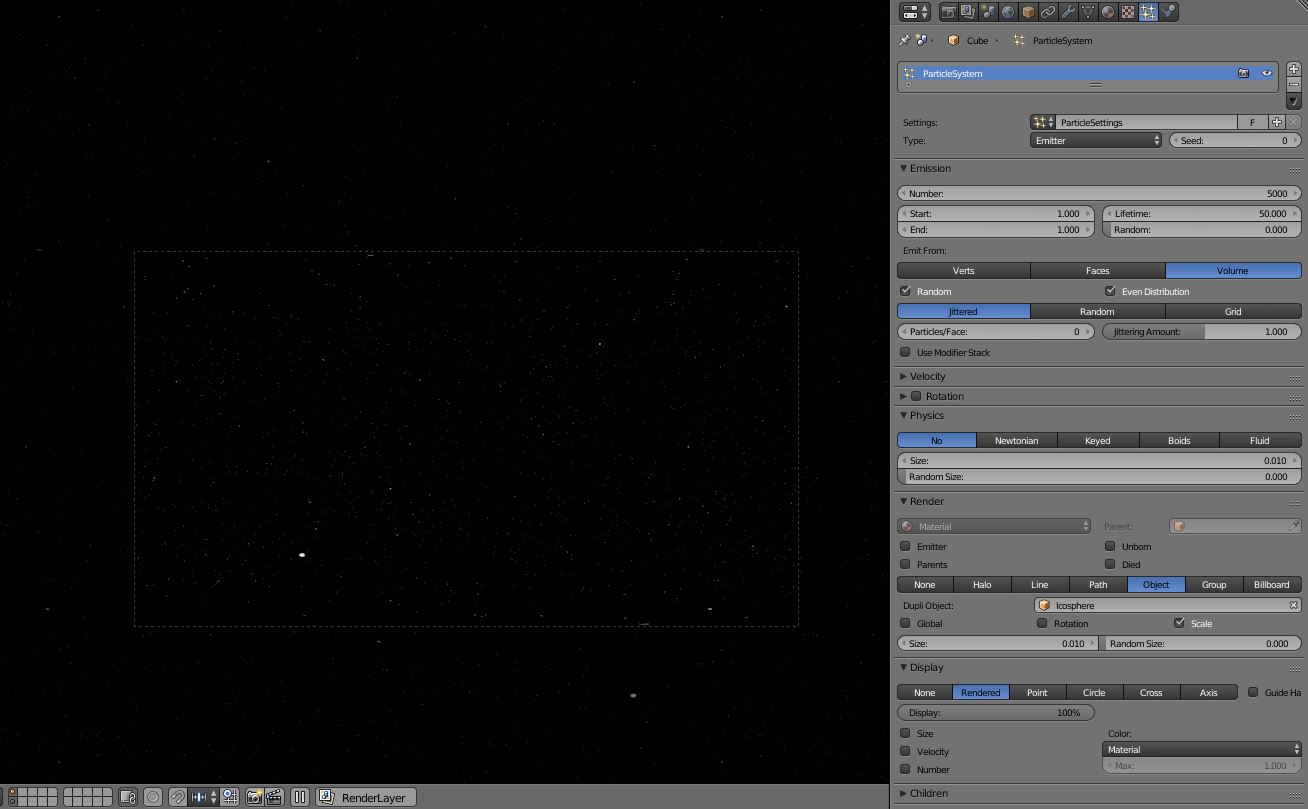 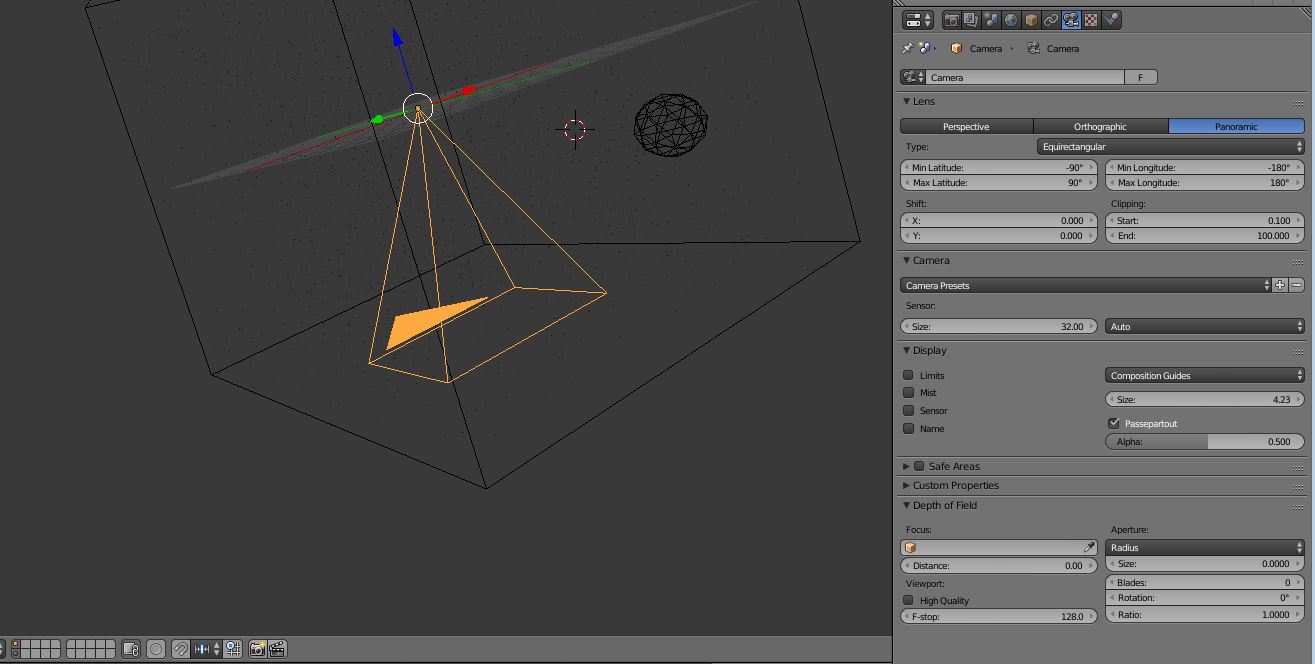 Nb. I have accidentaly left the particle object on the same layer and you can see it as the largest star in the sky (bottom left corner). 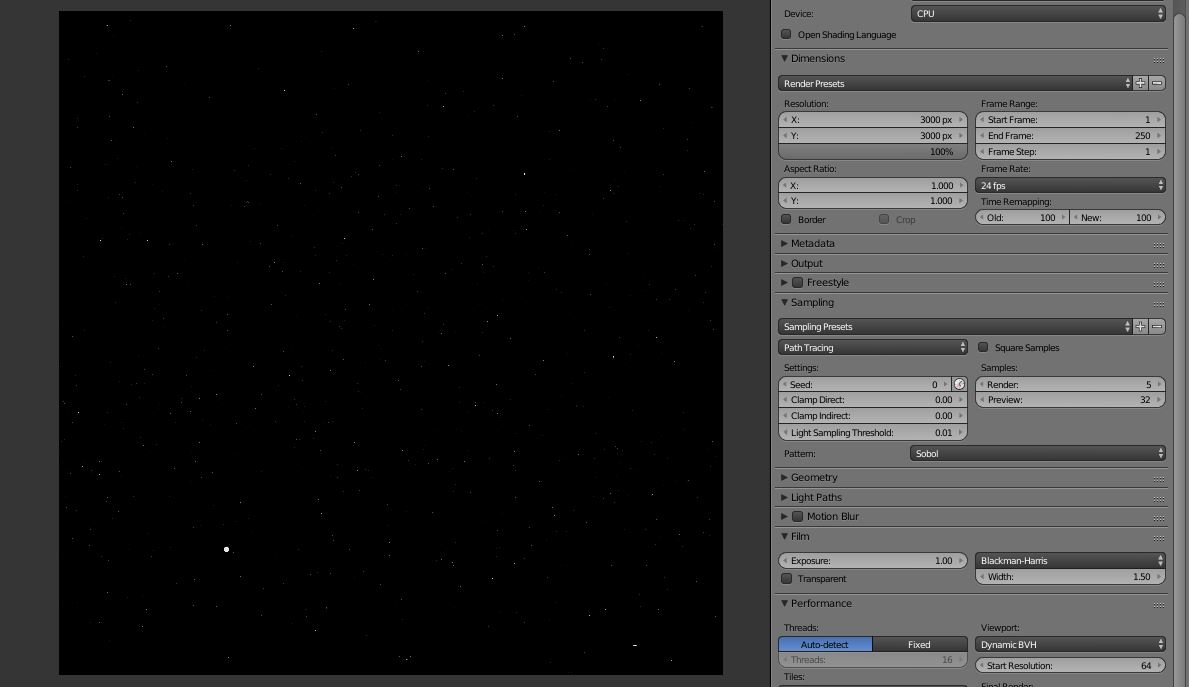 Make a new Scene with only a camera in it. Then make a World material using the star field that you just created. 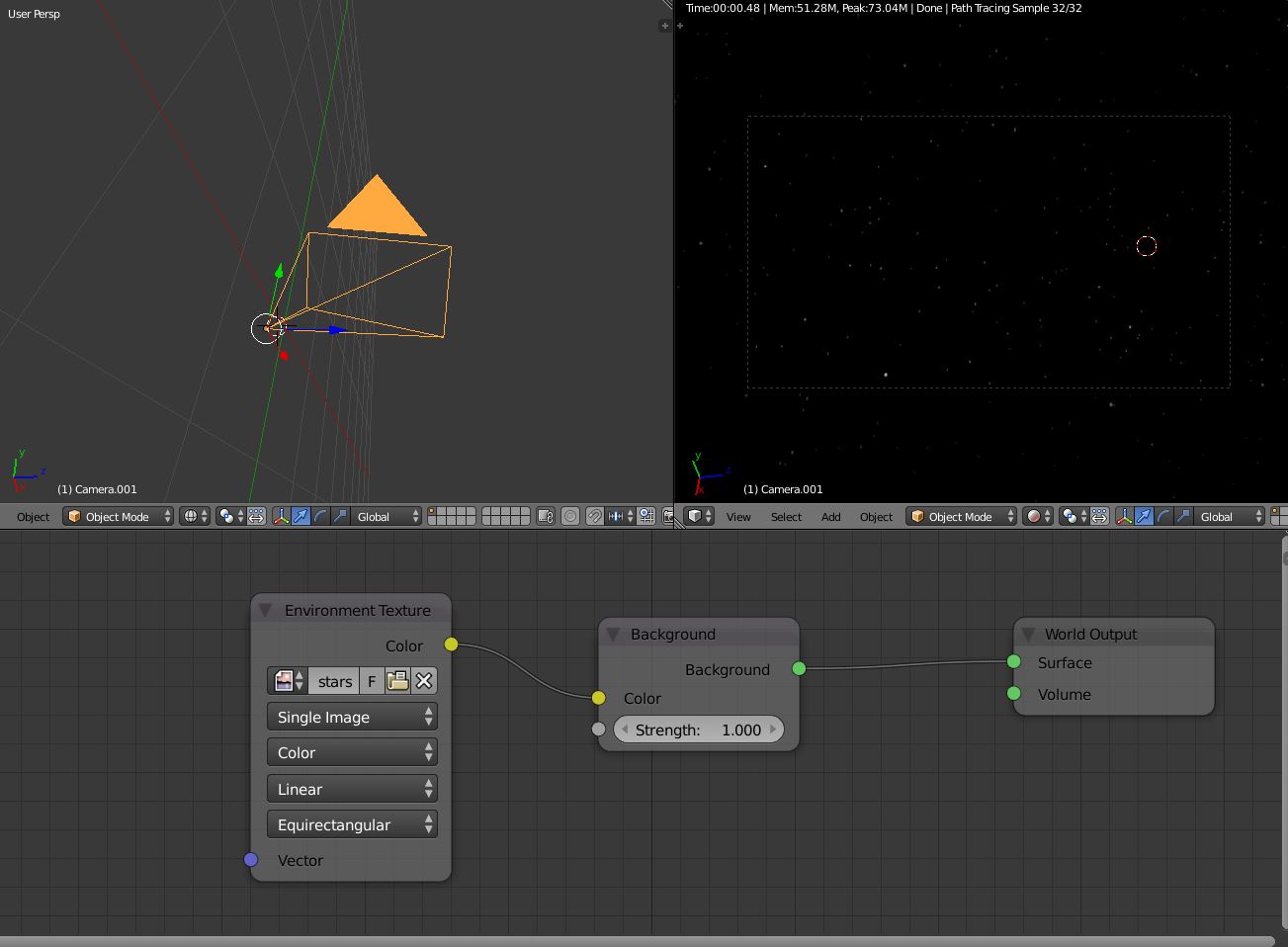 You will be able to pan or tilt anywhere in this world, even fly towards the stars but never reach them.

Usefully you could also write names in the stars as modified particles and have them display in your world as well.

You can also create a star field with a noise texture. 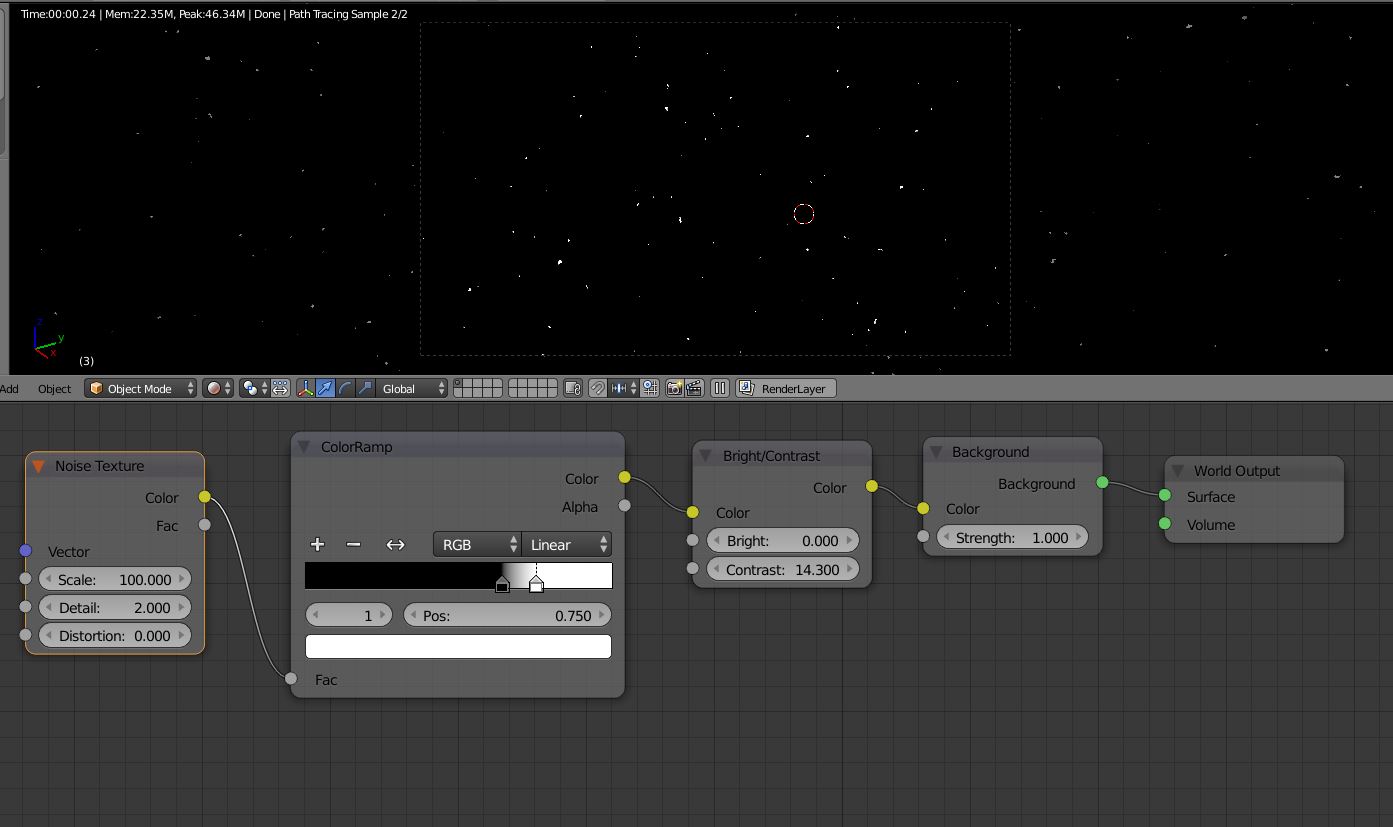 This method can make a noisy render however.

Not the answer you're looking for? Browse other questions tagged modeling animation or ask your own question.

5
Can I model a double convex lens
2
How can I solidify a 2d shape so that the rim isn't solidified and the center is solidified the most ? (Think creating a dome from a sphere)
2
How can I build a versatile camera rig which can both orbit around its focus and pan?
0
How do I zoom in on a planet from space to ground level?
1
Creating a storyboard with posing