So I want to use the mirror command CtrlM for it.

When use it, blender asks to select the axis I want to use for the mirror operation, then I type X, Y or Z, the axis is selected, I press enter or click anywhere, and nothing happens, the object just sits there the same way. 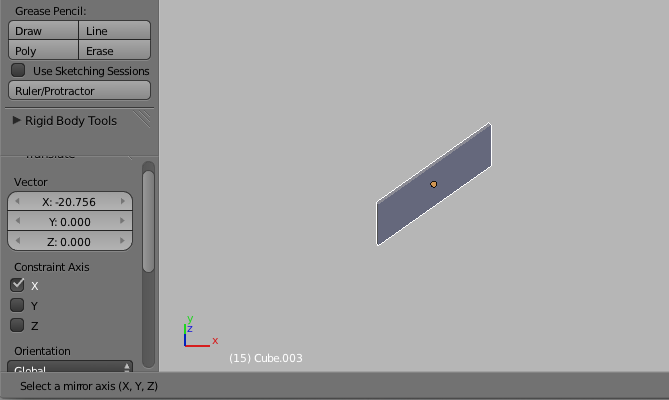 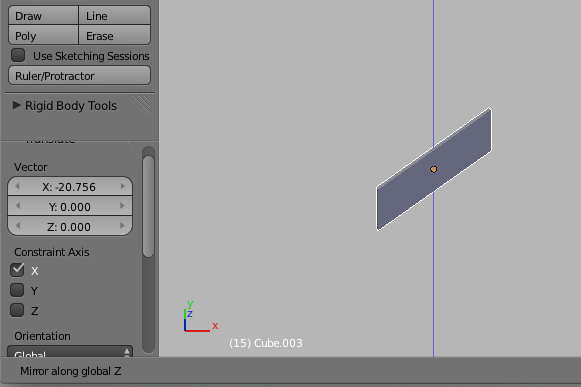 What could it be the problem? I can't find info about this problem. Thanks for your help!

When using Interactive mirror as with the mirror modifier, you need to mirror about a point else pertaining to the former, the object will just mirror/flip in place and if the object is symmetrical you won't see any changes. This point can be the object origin, another object or the 3d cursor depending on which mode you are using.

You can either change the object's origin or simply switch the pivot point to use the 3d cursor and then mirror.

It is also worth noting that mirroring basically just scales the object on the desired axis by -1 (so without applied rotation you might not get expected results). So as a cheap and quick alternative to CtrlM, you could just select the object and use SX -1.

Mirroring in place or right on the object origin or 3d cursor.

Mirroring about a point

What I did in the last example was to first translate the object over a bit on the X axis and then change the pivot mode to the 3d cursor as the mirror tool needs a point to work around. I then invoked interactive mirror and selected the axis I wanted to mirror on which in the example is the X axis. In the first one, I simply mirrored a single object and it flipped it to the opposite side, in the second, I duplicated the object and then mirrored so I had identical copies.

It only works in edit mode: As per the Blender documentation

2
How do I edit a face symmetrically, or copy and mirror it?
0
Ctrl+M (interactive mirror) is not taking the object's rotation into account

10
Mirror an object via modifiers on a point(instead of a plane)
5
Mirror modifier not showing other half of mesh
3
Why does X-mirror and Topology mirror hide mesh when all vertices are selected and translated? How can I view my mesh again?
1
Mirror object wrt. certain face
4
How to mirror an object along with its local transform orientation?
0
X-axis Mirror does not work properly
0
Trying to mirror object along Global X axis not working - What am I doing wrong?