I'm trying to rotate an environment texture (around Z), but without the mapping node, as it lacks sockets.

Works great for Object UVs, but not for generated UVs of an environment map. I've tried translating it along U, which also didnt work. Any suggestions?

edit: the linked node tree works for environment maps, IF you connect the Z channel from the initial separate node to the final combine node.

This is a node setup for a z-axis rotation. The other 2 axis' are just as easy but adding all three axis' into one formula gets very complicated.

To rotate the image, adjust the Value node that is located at the top-left in the "Deg 2 Rad" frame.

Note: The math nodes all have two "value" fields but only the upper field is used for trigonometry so just ignore any values in the lower fields. 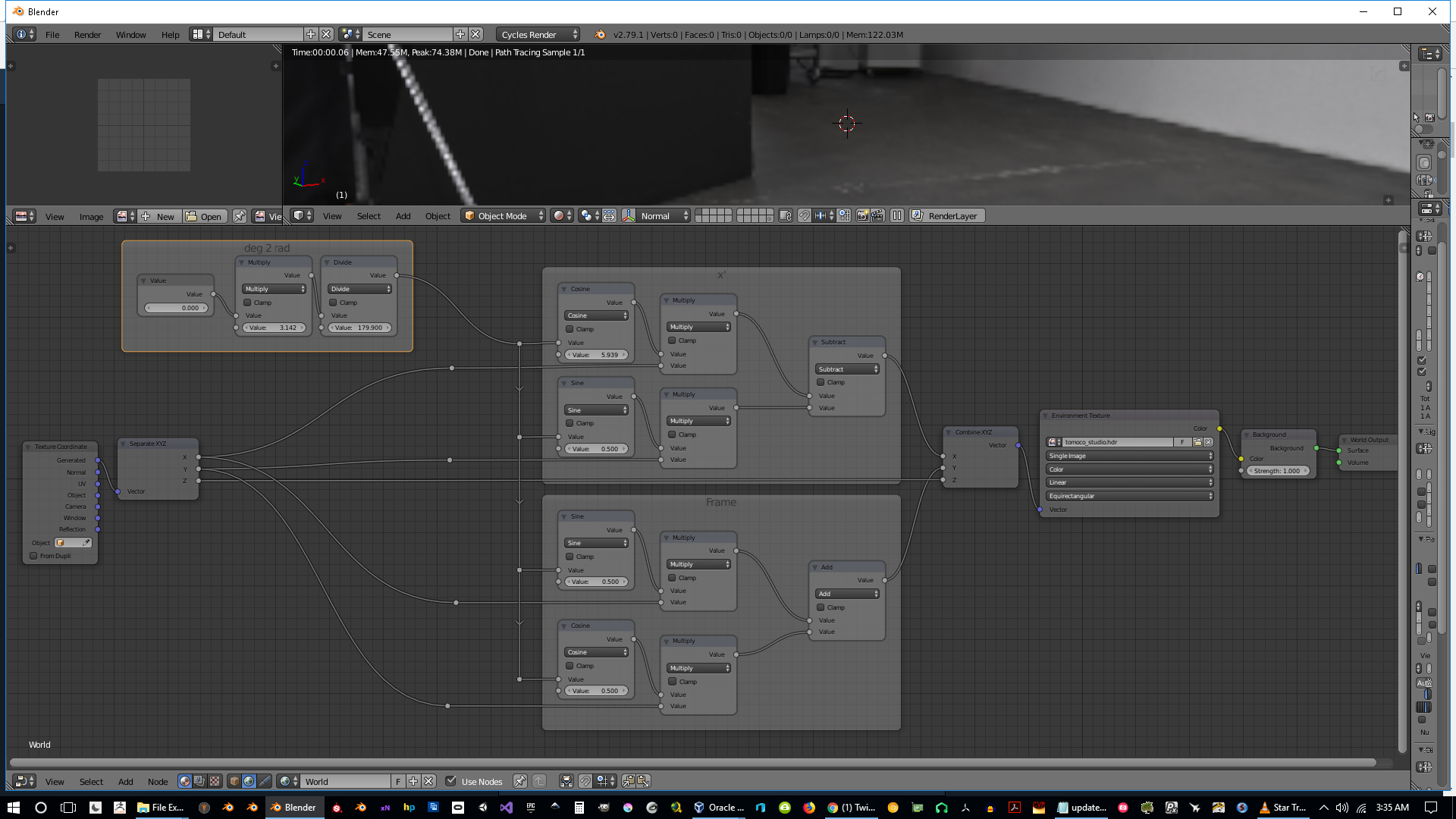 Not the answer you're looking for? Browse other questions tagged uv nodes vector-mapping or ask your own question.

3
Use another node to control Vector Mapping

10
Cycles texture mapping, generated coordinates with world orientation?
1
How do I set up a material with diffuse, normal and alpha (transparency) maps?
6
Unstretched Generated texture coordinates for Normal Mapping
3
Use another node to control Vector Mapping
0
Mapping node doesn't work with normal map
7
How can I make my procedural brick texture map correctly to both a cube and cylinder?
0
texture mapping without distortion