How to generate a procedural texture in the UV Image editor

I'm studying noise/fractal generation algorithms such as Perlin and Musgrave, and want to generate them in Blender's UV/Image editor through Python.

I've found some Stackexchange answers that contain scripts for Gradient and line generation, but I'm looking for a way to generate a procedural noise texture in the Image editor.

Is it possible to edit images programmatically with the Blender API?

I'm looking to generate something like this with scripting: 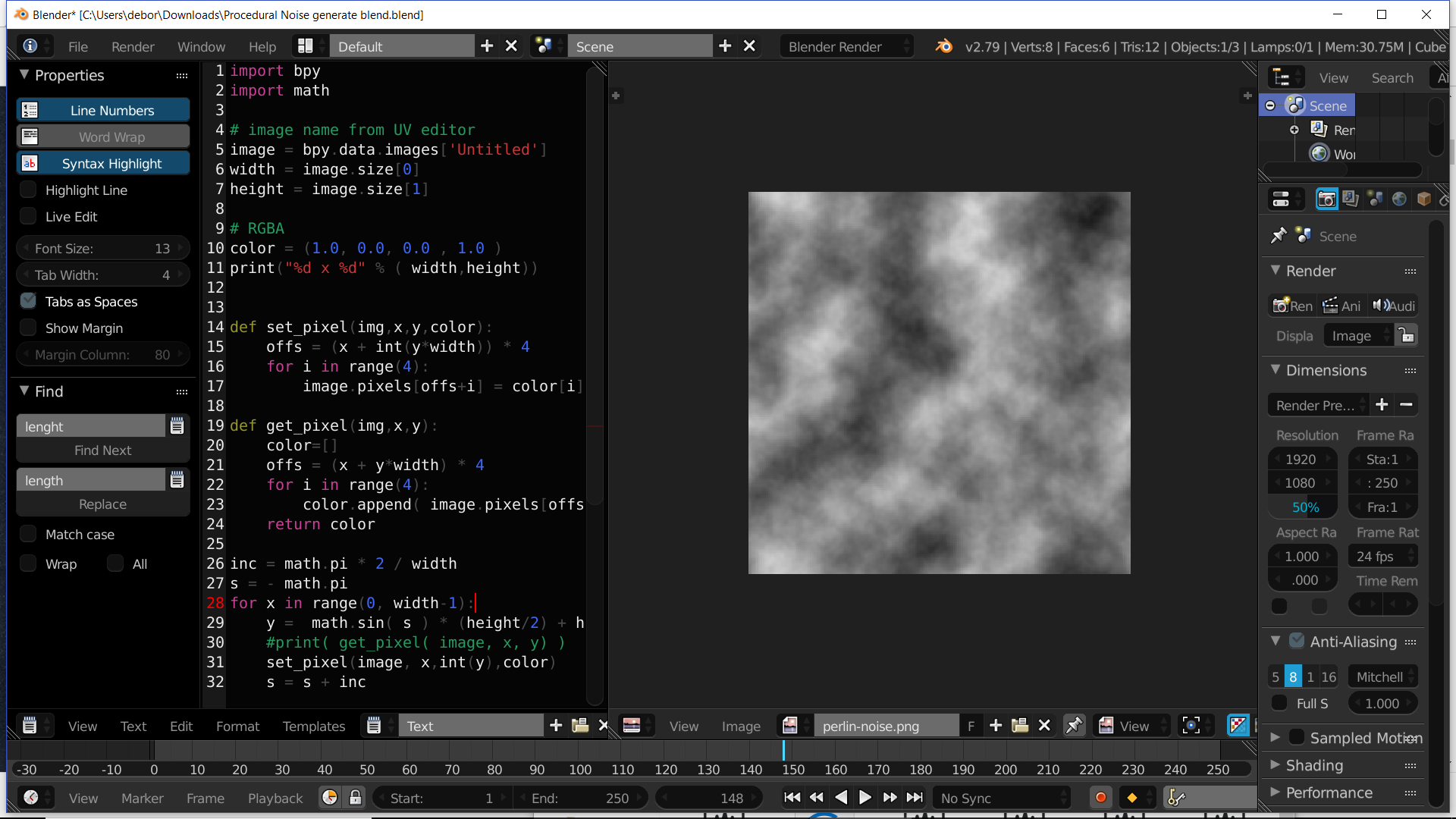 2
Might it be possible to use scripts in blender to do what Mandelbulber does?
11
Procedural volumetric texture generated from a script
1
Texture not shown in UV/Image editor
3
Procedural frosting texture
0
Change the image of the UV/image editor with python for 2.8
1
procedural wood texture shader