How to correctly drive a normal node with lamp rotation?

I'm trying to use drivers to allow a lamp rotation to dictate the direction of my normal node. The problem seems to be that the sun can rotate from 0-360 degrees, but the driver has a limit of 0-90 degrees, so the rotations do not match up. Is there any way around this? Thanks! 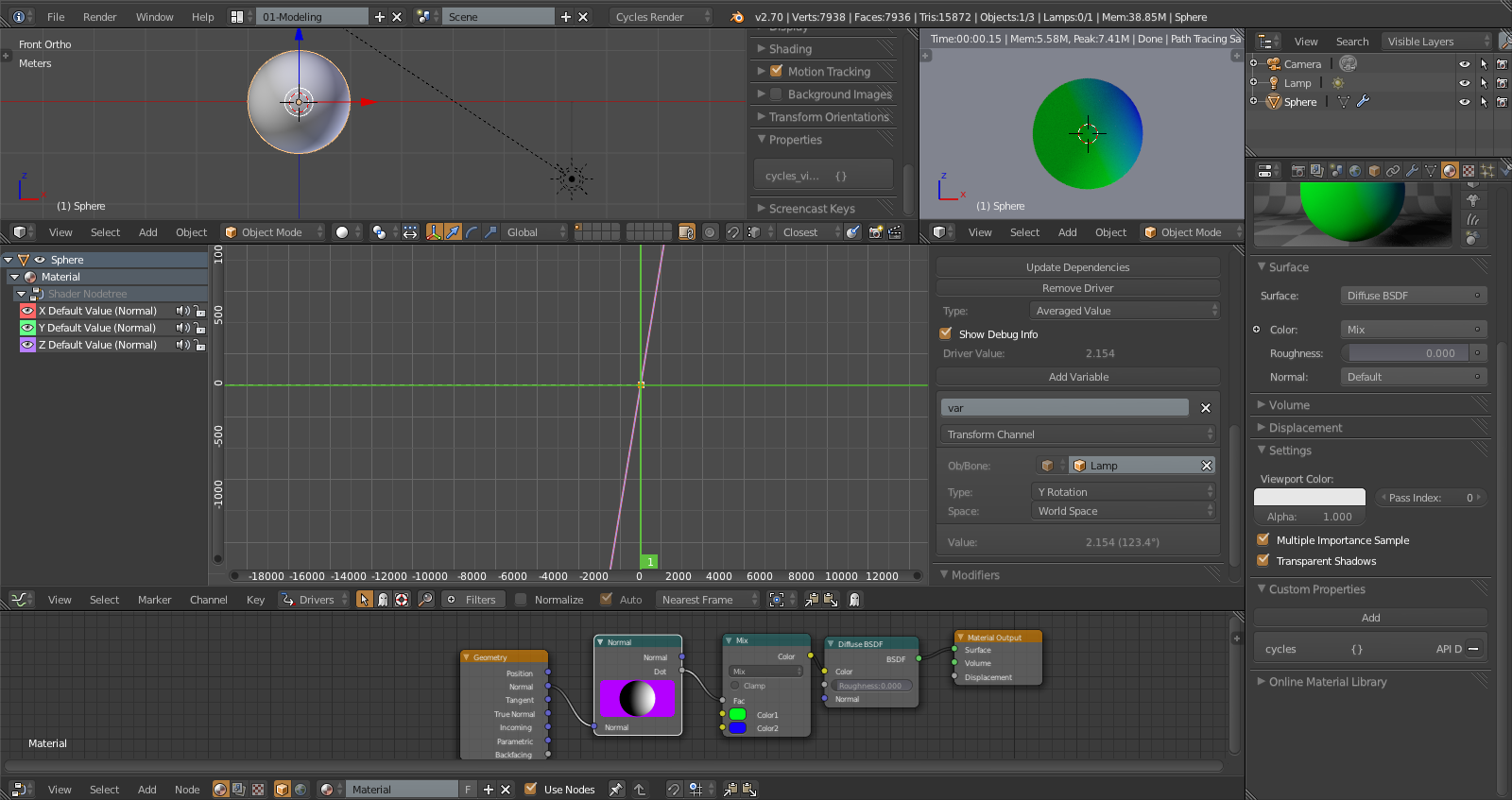 This is a bit tricky, since the value range of the normal vector is (-1, 1). But you appears to control it by object rotation, which circle range is from 0° to 360°. It doesn't make any sense to add drivers between them.

You can use Mapping node to control the Normal vector output, driven by the object rotation (in degrees or radians). However, Blender internally uses Radians instead of Degrees, that's why you'll see the driver value shows in both radian and degree system.

So, you need to do some radian calculation for the driver expression. In this case, on the newly added Normal node (with the "control ball" UNTOUCHED), you need to add/subtract a half circle for it, which equals pi. 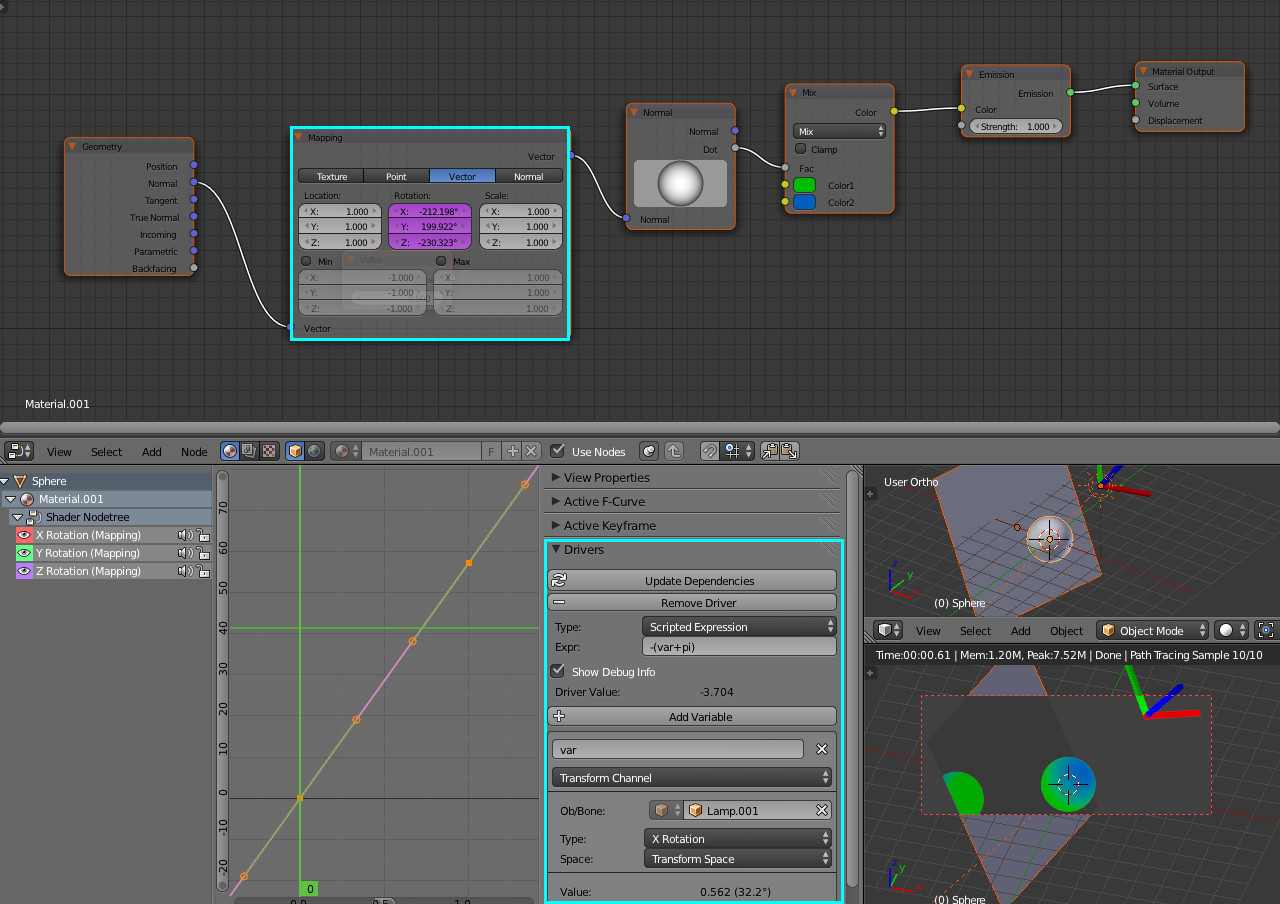 3
Setting sun direction on sky texture with an empty
1
How to drive the normal node with an empty?
1
Compositor: obtain facing from normals pass to affect glare?

2
Cycles texture on sphere to follow sun rotation
6
How to apply a driver to rotate an object around a custom orientation?
1
Driver Expression Interpolation
1
Drivers breaking down after model transformation
3
Driver for half-speed rotation of gear completes two half rotations
2
Drivers to change rotation based on distance then cap it at a specific rotation