I'm currently learning Blender (as an architect i think it can be a pretty good tool) and i have a problem whit a model from a tutorial that i'm trying to unwrap. It appears to strech the texture when the UV image show me no streching... 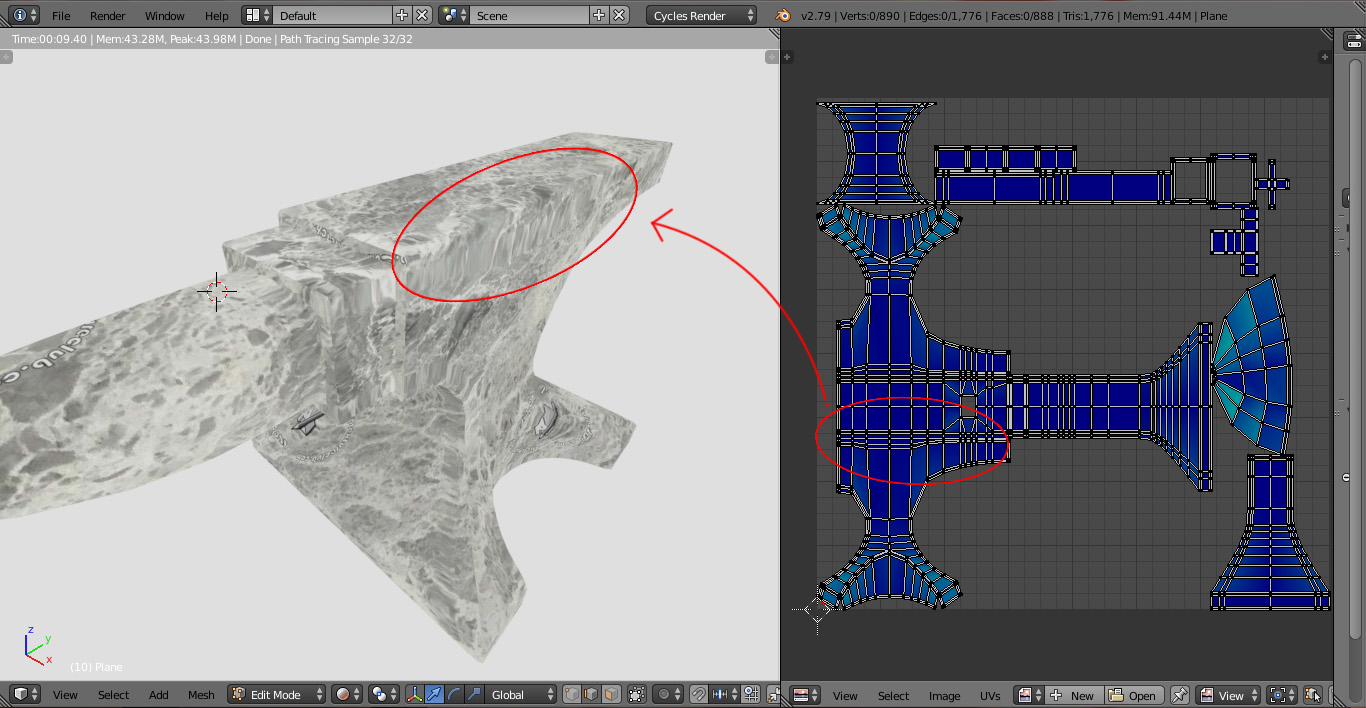 The texture it's streching on the edge and i don't know why... on the UV image the streching option show me this part of the model are totaly blue. After some researches on google i have tried to "apply the scale" and "rotation" but nothing changes. Hope someone can explain me what is happening to the model or what can be the origen of the problem.

Have a good day! (i hope my english is not to bad, i'm currently learning it too!)

If you select just the faces that are stretched, you will find that they don't have many pixels in relation to the rest of the faces on the uv map - if you can possibly give more room to them, then you will reduce that effect you see there.

The mesh's faces work differently in the UV map. The forms they can take are independent to their forms in the 3D model. The visual result on the 3D model depends on the area they take on the image texture.

A texture can appear stretched out and lower in resolution on the face which have less area on the UV map, appear to have way more detail than it should or bloated if the UV face have more area and appear warped if the face's form is unproportional to it's neighbor faces. 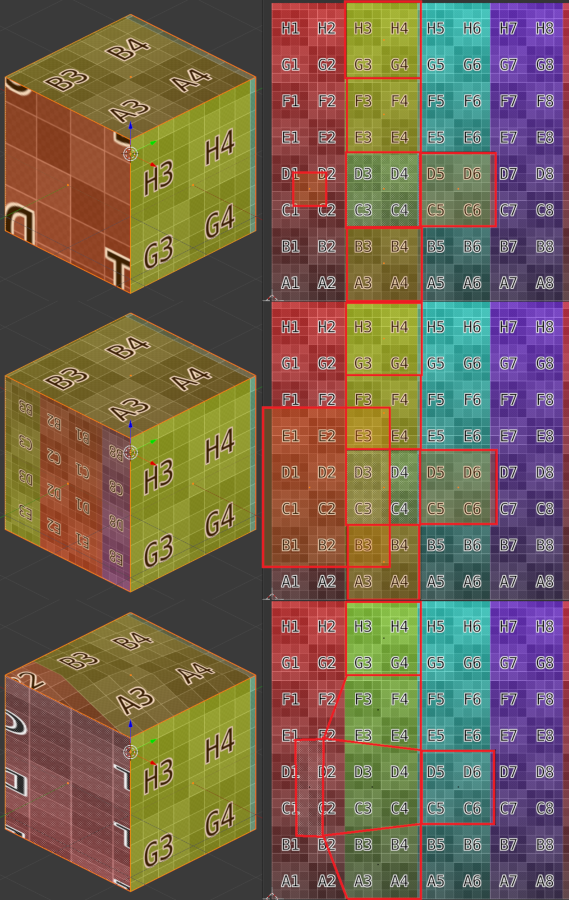 (you can also get unforeseen results of the texture on faces that stretch out of the texture image's boundaries, as the violet extra part of the texture appearing on the face which is enlarged on the example, but you could also have a black spot or the image repeating from the seam)

The display stretch tool you are using just tells how much warped the face is compared to the "original shape" on the 3D model, but it doesn't account for visual results, it's more like a guide to translate the object's forms into 2D with little warp, it controls nothing in particular and following it as a guide is not a cemented rule. Example:

(another thing you can see on the example is the most efficient way to use texture images: since images are square-ish in nature, making the UV faces and isles - bunches of faces held side by side as a single unit - as square-ish, close together and big as possible allow the use of most of the image's area, diminishing wasted space and allowing much smaller images for textures, saving resources)

That said, the problem would be solved if you transform the model's UV faces, making the problematic faces bigger or smaller on the UV map. There's no need to worry about relative stretch and proportions so much - though making everything proportional is usually desirable.

And the "apply the scale and rotation" is a tool for resetting the values of the current changes that you made to the mesh as if the new form is the default (don't have a better way to explain it). https://docs.blender.org/manual/en/dev/editors/3dview/object/editing/transform/clear_apply.html It changes nothing on the UV though.

7
How to color individual polygons in a low poly model?
2
why UV texture seems to be translucent on renders?
3
UV Unwrap stretched
0
UV Mapping Issue
1
How to UV Smart-Unwrap Properly?
1
UV unwrap issue
0
Textures Reorganize When I Unwrap
0
How to fix streched texture areas after unwraping UVs?
0
Is there a quick way to unwrap an image texture onto a complex mesh?