Reorder vertices of a mesh in Animation Nodes

Is it possible to reorder the vertices of a mesh in Animation Nodes? For instance, based on their x location or distance from some object.

Yes we can, matter of fact, we have a node called Sort List just for that. For instance, If I were to sort the vertices based on their x locations, I would do: 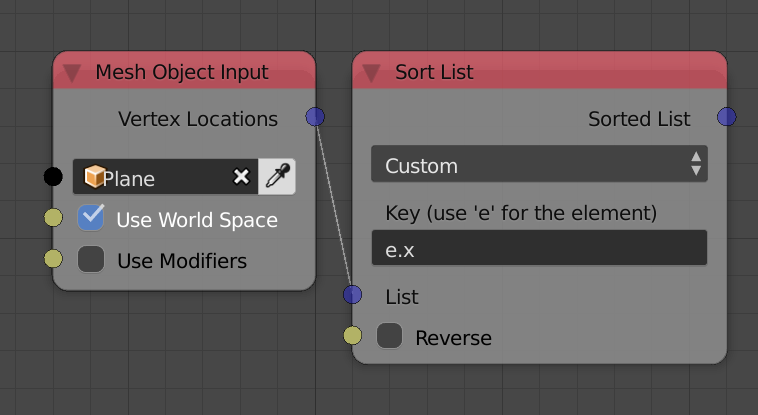 For more info on how to use the Sort List Node, see the documentation.

Where list is the required list to be sorted and it should be numeric type, not an object. Make sure to import numpy in the advanced node settings by replacing math with numpy. Now that we have the indices list, we can get the sorted list by getting the elements at those indices:

Now that we have computed the the sorted vertices list. We can go ahead and compute the new edge and polygon indices lists. We are going to compute them by looking at their indices and seeing what is the indices of those indices in the computed indices list, in other words, we are going to search for each of the indices and use their index to create new edge and polygon indices. However, instead of using the search node which is expensive, we are going to create an inverse look up table which is easily done as follows: 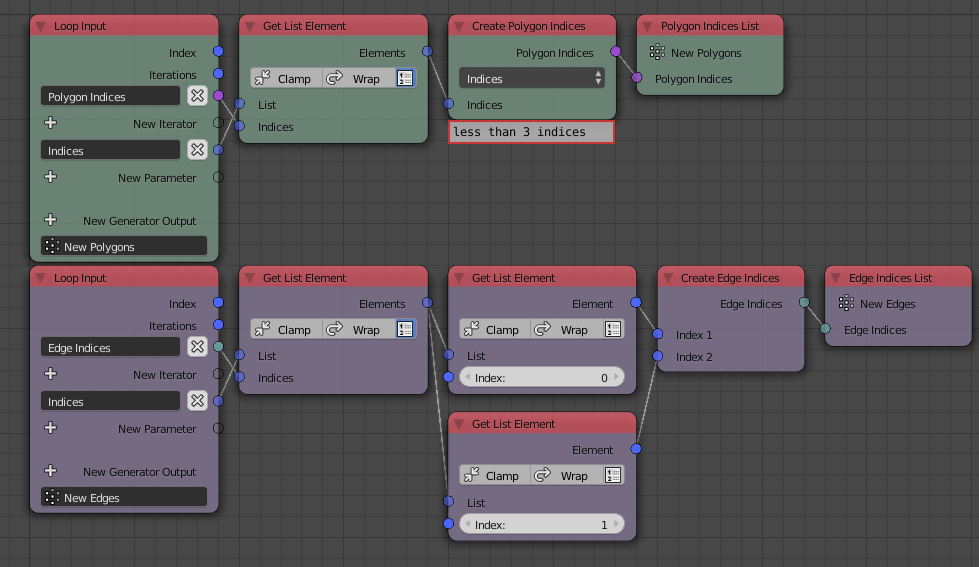 And then we compute the new edges and polygon and output them:

And you can see that they became sorted from left to right, that is, from the lowest x value to the highest:

Similarly, I can sort based on the distance from the origin as follows: 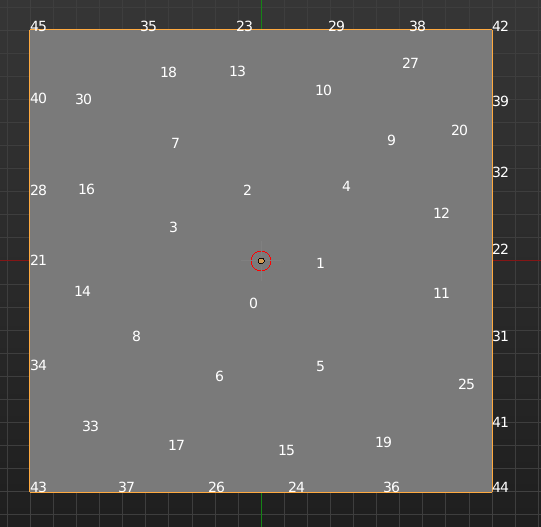