How to constrain hair particles to an object 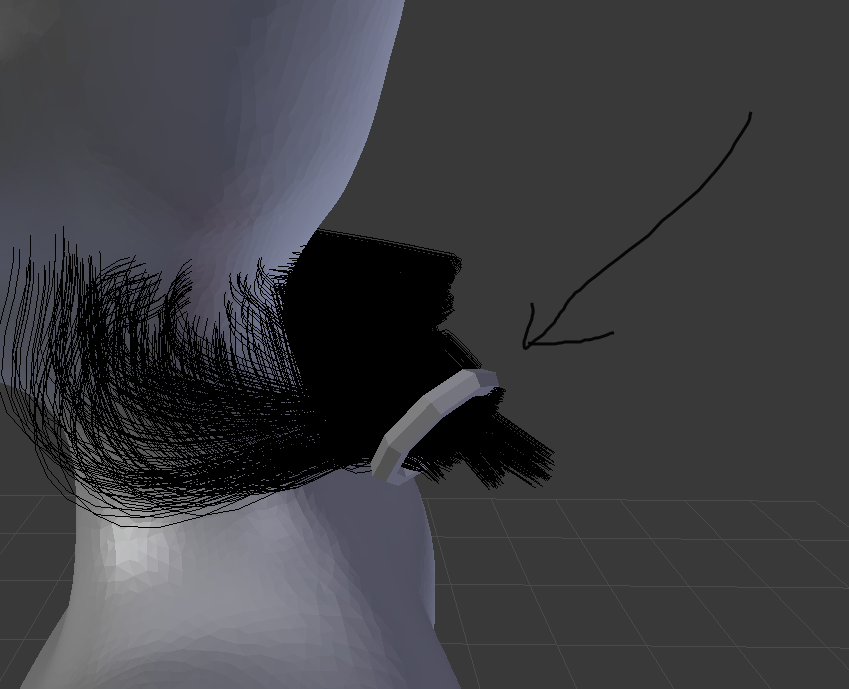 I'm trying to achieve a ponytail effect in which the position of the ponytail will be determined by moving the ring object. The rest of the hair/ponytail would be created on a new particle system inside the ring object. I'm not sure if there's an easier way to do this, but if there is, I would like to hear from you guys. Probably the main reason why I'm doing it this way is because the implementation of a hoodie would pose further complications :/

There is also another similar question here that deals with constraining objects to the hair, but I need it to be the other way around. Also, the answer to that question does not accommodate to my particular situation above.

edit: I made a little animation on what I'm trying to achieve

edit: This animation is a bit better - it shows how using hair dynamics or rigid bodies or other simulations won't work for this. When you move the ring, it moves the hair. Like bones. Also, it seems as if the ends of the hair are connected to the ring. Is that even possible in Blender?

13
Hook/parent/constrain to particle hair?
4
Hair particles on hair particles
1
Hair Dynamics do not work on a object that has been parented
2
Would this spiky hair be doable using particles system?
4
How do I stop hair particles going through the body and the head?
12
Set minimum distance between hair particles
0
Particles to follow my mesh hair style?