I got a weird problem. Patches of hair on a rug for a bathroom scene are disappering in my render, but only if I entered particle edit Mode and combed the hair before.

So, I start out setting up my hair system, when I hit render without entering the particle edit Mode I get a nice render just like its supposed to look. All the hair is also howing in the viewport before and after this render.

I enter particle edit mode, just make a single tiny stroke with the comb, exit into object mode again. All the hair is still showing in the viewport at this point, I can also so see my "comb-job" in the viewport.

When I now hit render though, whole patches of hair just disappear from the render. Its also not like that the areas I combed before disappear and the ones I left untouched are still showing, there seems to be no connection between where I comb and what disappears.

After this render finishes the hair (same hair as in render result) is also missing in the viewport.

My emitter is just a plane, rotation and scale all applied, with a subsurf modifier. Use modifier stack is enabled. I´m aware that particles won´t render when you´re still in particle edit mode, I always changed back to object mode before rendering. Does anyone have an idea whats causing this and how to fix it? 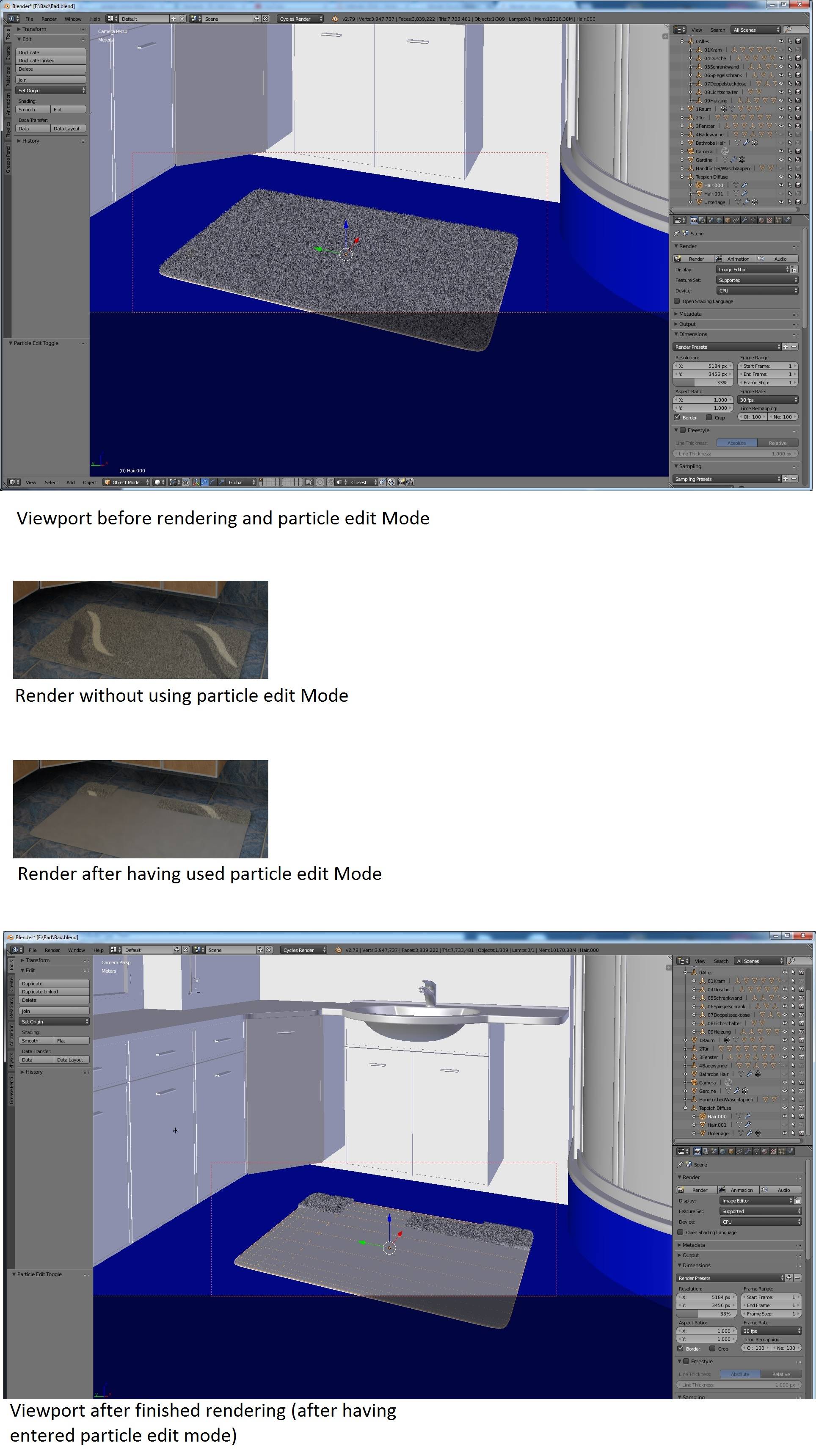 You have $300000$ individual hairs right now. I suspect that your issue stems from that very high number of edited particles. To fix this, use Particle Children. Set your Emission number to something lower, like $3000$ or $1000$. Then, enable Interpolated children: 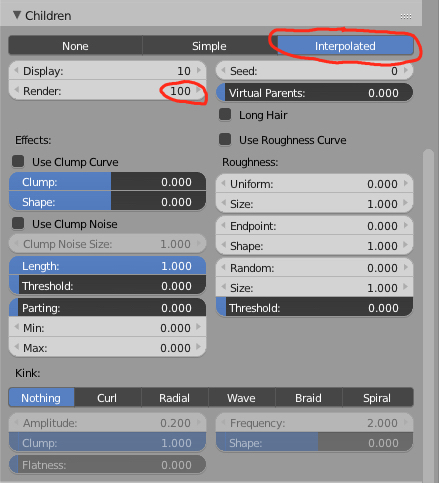 You can now use Particle Edit to comb your particles. They should take up less memory now, and hopefully render correctly.

Not the answer you're looking for? Browse other questions tagged cycles-render-engine hair or ask your own question.