How to assign, for some points of grid one object from group 'sec'. And for other points, other objects from the same group?

Starting from version 2.1, we have a Transform Mesh Node instead of the Replicate Mesh Node. First, we create a list with all possible meshes (One can use the Objects From Group Node to get all objects in a group and get the meshes from them.), then using the Random List node, we generate a list filled with the possible meshes, then meshes are transformed to the required location using the Transform Mesh Node. Which results in: 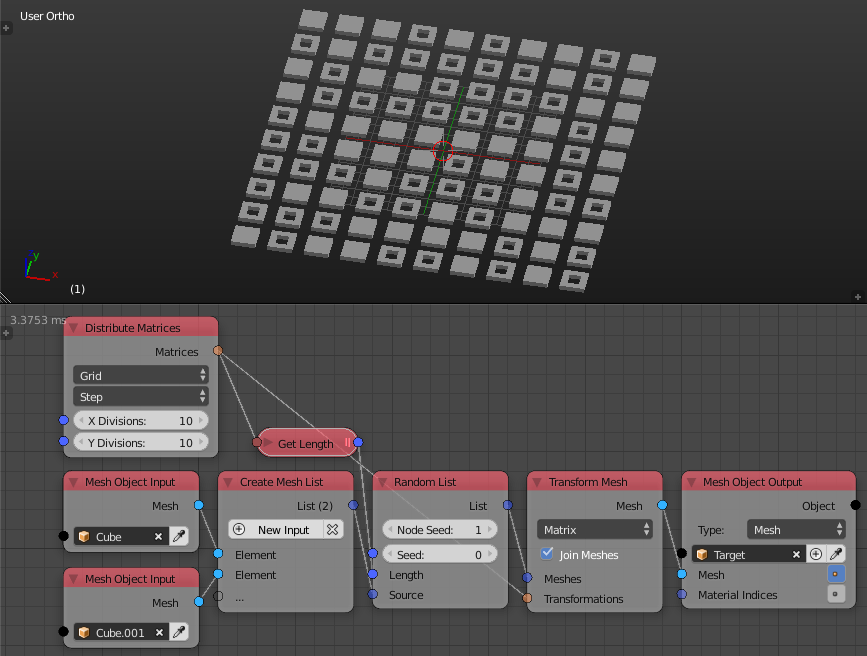 If it is not required that the output be a single mesh, one can instance a group of empty objects using the Object Instancer Node and then copy the meshes from a list filled with possible objects just as we did before. Which results in: 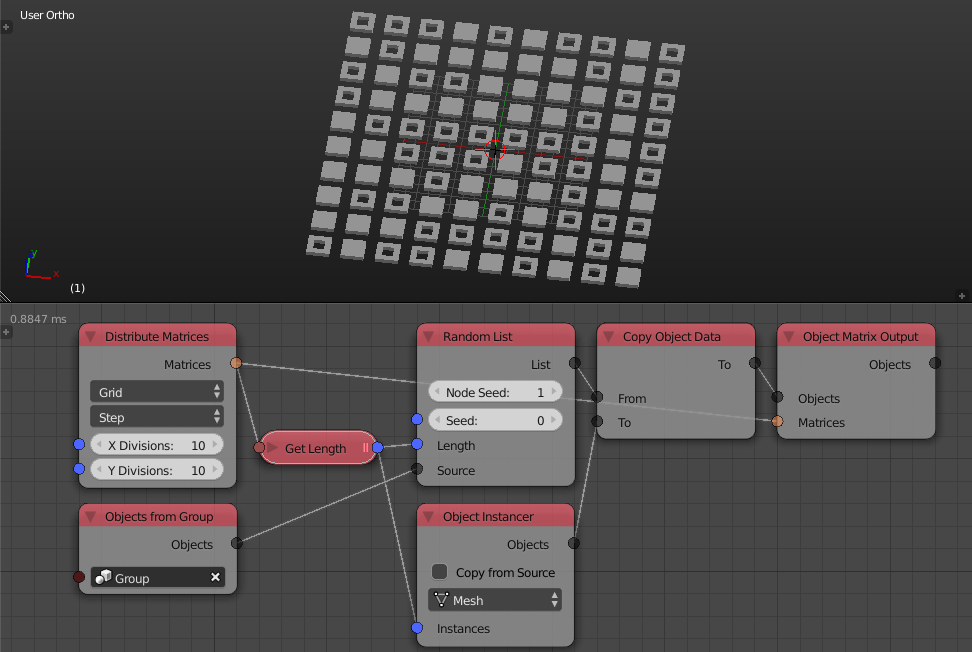 If you want to selectively add an object at some indices, then manual source object list creation is needed. For instance, if one wants to use the object Cube for the vertices at indices 0,1,...,9 and 40, 41,...50 and use the object Icosphere for the rest, then the object source list can be created as follows: 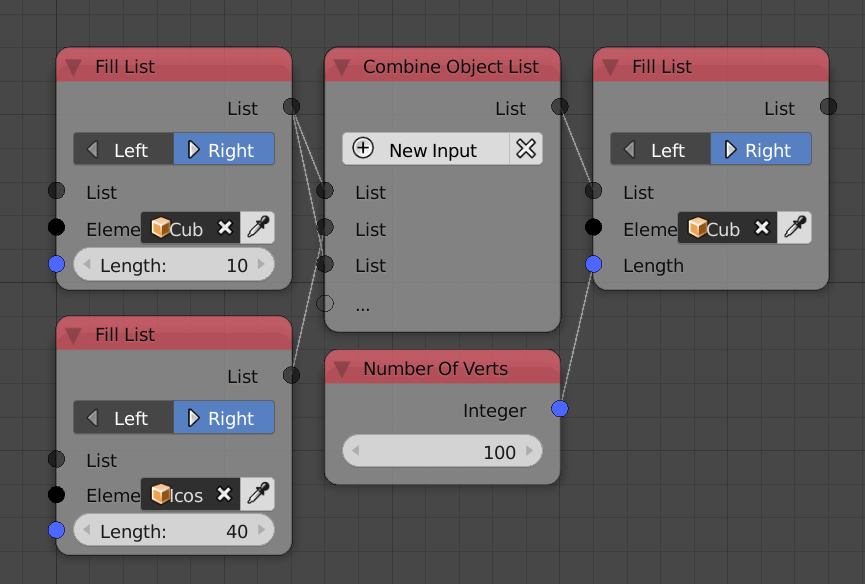