I've been making a video with some clips, a couple of photos, and 3D text hovering over them. On VSE, I set, in this order fron lower to higher, an audio track, a video track with a blank sheet on it, used as background, another video track with some clips and images, an effect track to manipulate those clips and images, and, over all of them, an "scene tracK" for the text, made in 3d viewer. I created several text objects, set black and green opaque materials for them, and keyframed their location parameters to animate them so they apperaed and dissapeared over the white background or over the clips and photos. The white background was set as Cross blend, and the rest of the clips were set as Alpha Over blend. I used Blender Render, and my office pc works with windows 10, has 16gb ram, and some mid range CPU and video processor.

I worked on it the whole day. Everything was going well until, prior to render it, I realized that my green text had suddenly gone black on vse viewer. On 3D rendered view, it was still green. Then, going to the beggining of the video, I found some of my text was just missing on my vse viewer. I changed to 3d view, and I could see that it was there, animated as I had planned before. By that time, I had to leave my job, so I sent myself the project and the files to finish it home. Now, I open it at home, and see that the text has gone transparent on the VSE viewer, and it's on screen when It should be out of it. What a mess, ain't it? I guess I made something wrong during my day work and it's getting me mad not knowing what (specially as I had to make this video for today :P)

Thanks for reading! Surely someone here will make me see what was my mistake

I clip an image showing my vse tracks and the text which shouldn't be there (it's keyframed to be totally transparent at that time). 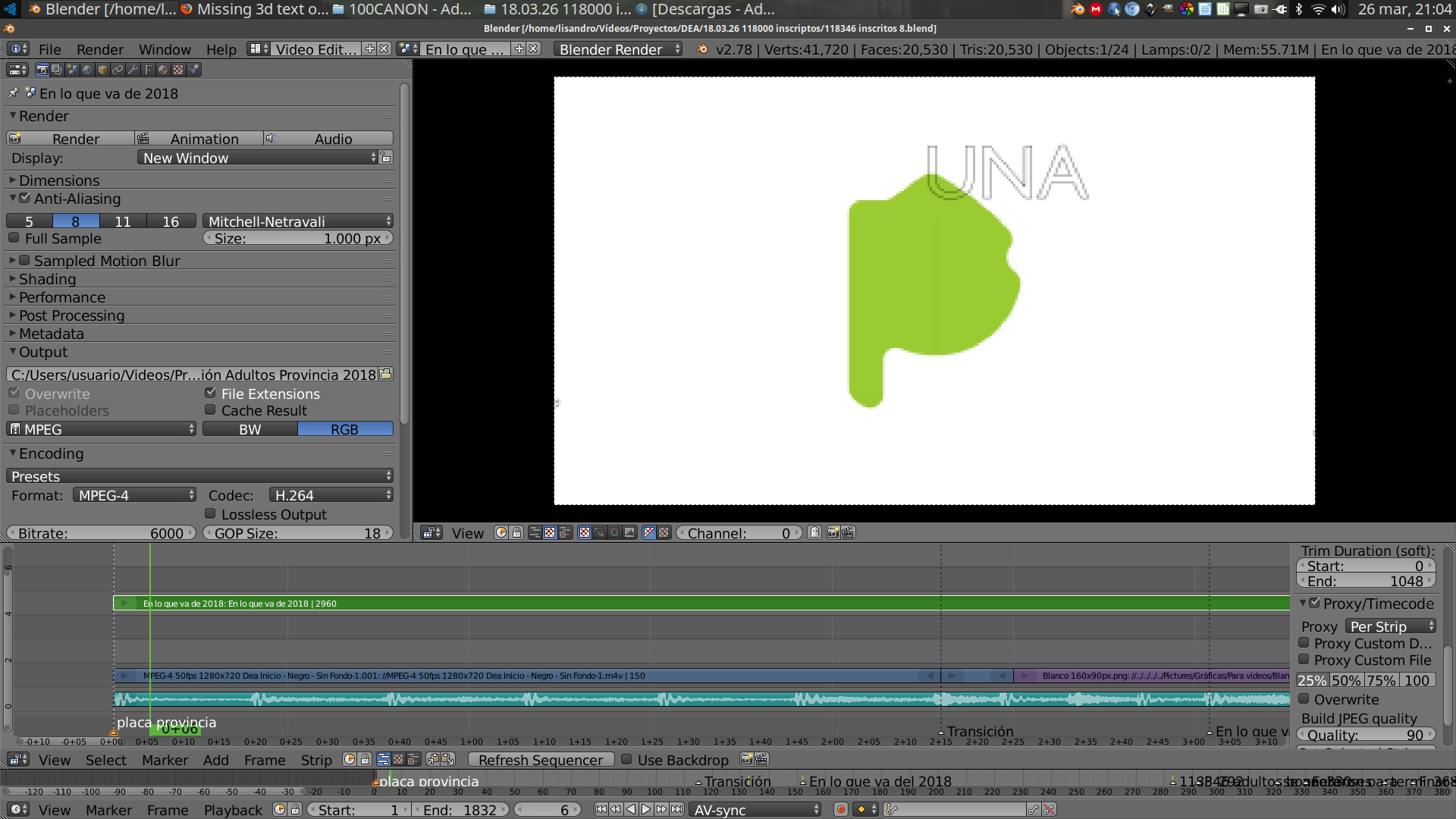 I found the answer by myself. The issue was caused by linked data on copy-pasted text. I didn't know that copying an object linked the original and it's copy propierties. When I animated the copies that I then modified as new text, I was animating the originals too. By deleting copies keyframes, I was deleting the ones which animated the originals. And by changing copies colour, I was changing original's colour.

Not the answer you're looking for? Browse other questions tagged video-sequence-editor compositing-nodes blend-modes or ask your own question.

0
Trying to add text to video, and the ouput only shows the final text, video never plays
3
How to add an animated time controlled text effect to the VSE
0
Applying camera track to external clips
0
How do I remove green background without replacing it with another background?
1
VSE Memory Usage KEEPS climbing! (To 50GiB before eventual crash)