How to find an action that is visible in NLA editor but can't be found in Action Editor? Especiallly when Linked across files

I can find and access an action in the NLA editor but I can not find it in the Action Editor. My goal is to use the action in another file via linking but don't know how to.

The first fishy thing is that I never could find it in the action editor, but I did use the dope sheet and graph editor on the keys.

So I used the "Push Down" Arrows to use the action track, scale and repeat it as I wanted.

But when linking the whole mesh parented to an armature, as a group link (I also proxied the armature in the final file), the action is unsurprisingly invisible, and the NLA track is not showing the action too. I appended the action separately too.

If was able to add my object into the NLA editor, but it still isn't possible to access its NLA animation using shift+A in the NLA Editor... There's an error I don't know how to work around. 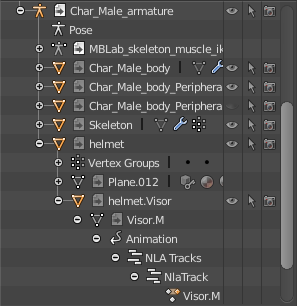 It exists in the outliner... I just can not find it in any other window 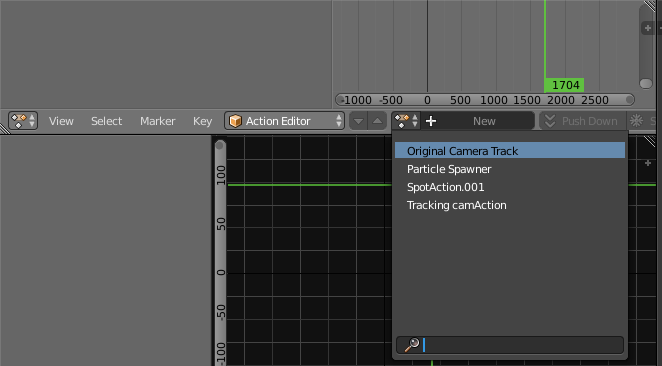 This could possibly be a question completely about linking and appending, and also armatures and groups. Even though it's about an animation on a mesh's UV data... Sorry, I just don't know what's causing the issue..

Browse other questions tagged animation linked-data nla-editor actions or ask your own question.

0
Get pose bones which were animated in a strip
1
How to save NLA action but don't use it?
1
NLA editor gets tangled all up in Blender 2.75?
1
Keyframed object jumps instantly from one keyframe to next or not at all
22
What is the NLA Editor used for?
0
How to repeat an action with offset in NLA?
0
Blender 2.8 Animation, Bake Action, is it broken?
1
NLA - Repeating an action progressively