How to achieve dynamic cloth pinning?

I'm having trouble trying to understant how cloth simulation pinning works. I want to modify the pinning group during animation so that I can have characters grabbing and dropping pieces of cloth without interrupting the flow of the simulation. For this purpose I tried to use dynamic paint, but it seems like once the animation starts playing you can only remove vertex from the pinning group, not add or modify them.

The red ball in the exmaple below paints vertex red and the blue ball deletes paint.

What is the problem here? Is there a workaround to this so that cloth can be pinned and unpinned mid-animation?

There is no simple solution to this.

Animating the group itself is not a problem, you can use the AnimAll addon or just stack multiple vertex groups with the Vertex Group Mix modifier where you can animate the influence of participating groups on the final one.

How to bake softbody animation into keyframes?

You will have to modify the script to sample from multiple meshes and to smoothly transition between them, but most of the code is there.

When sampling the simulations you take locations from first simulation and when you approach the second you smoothly switch to it's vertex coordinates.

The results can be very good and convincing. It is common practice in many simulation applications when the simulation is not precise enough like you want and you need to hand sculpt some key poses of the cloth into the simulation.

If you want to avoid the scripting, you can also use multiple Mesh Deform modifiers to those simulations and then blend between them with influence. But when your simulation changes, you can simply re-run the script while otherwise you need to rearrange, re-bind and re-animate those modifiers.

the animAll addon in the addons contained in blender. This addon will allow you to animate the group of vertices that is pinned to the cloth. 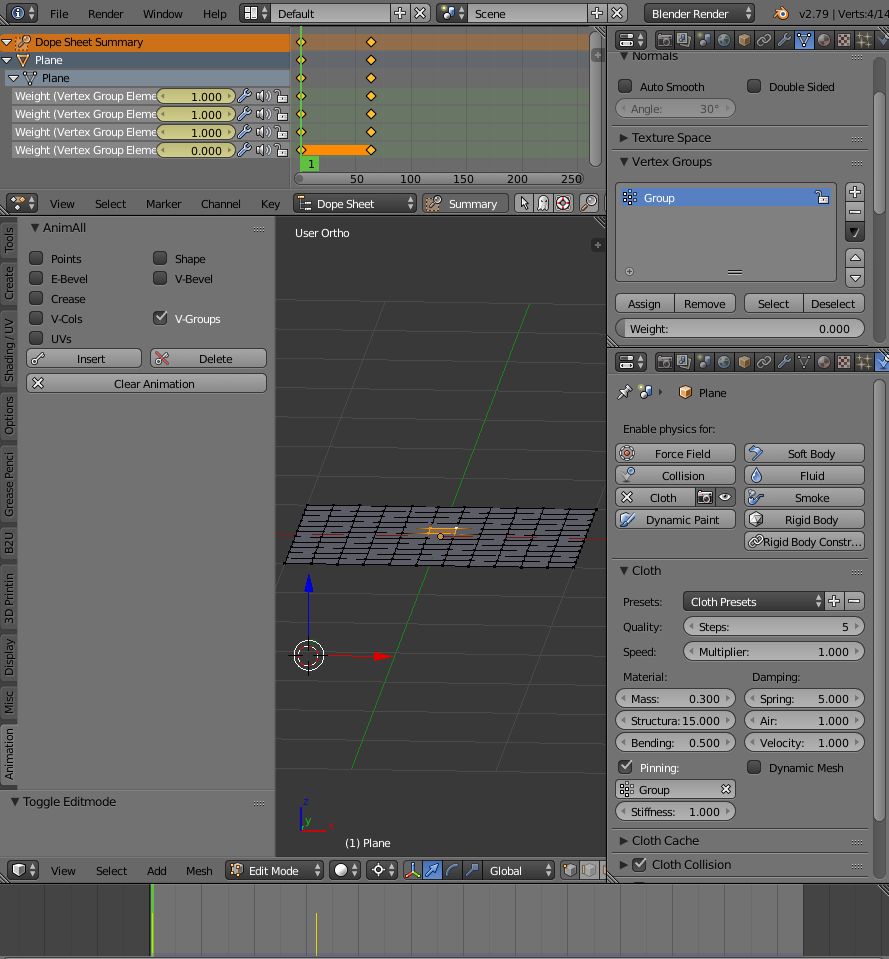 Not the answer you're looking for? Browse other questions tagged cloth-simulation dynamic-paint or ask your own question.

7
How to bake softbody animation into keyframes?

8
Pinning cloth to moving model
5
How Can I Deform a Cloth During Simulation?
8
Workflow: Cloth simulation without disabling armature
1
How to get cloth + wind simulation in 2.80?
4
Pin cloth vertices at a specific set of frames, and un-pin otherwise (in python)
2
How to create Wind effect on circle logo