How do I merge along a single axis?

I'm trying to model a custom guitar pick. To create the curvature along the top of it, I created a series of edge loops and used proportional editing to pull the middle up.

Now, I'm aware that I can simply use the same loops to repeat the process at the tip, but as a beginner, I'm curious - is it possible to merge all the edges so the preserve the width of the pick along the y-axis, creating a single edge rather than averaging all the vertices along both the x and y resulting in a single point?

The picture below probably better conveys what I'm trying to ask. Thanks in advance! 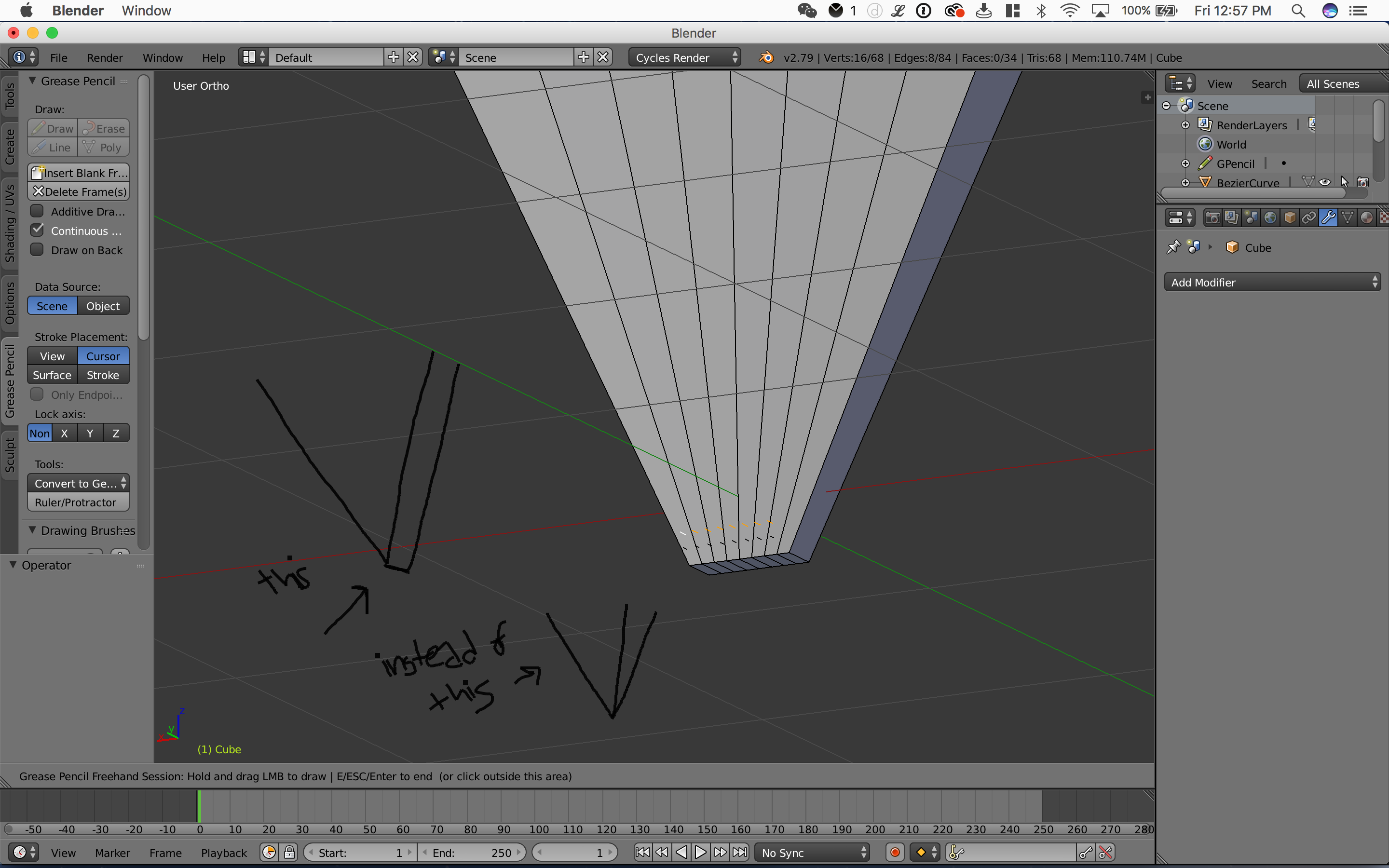 There are two ways to go about doing this.

Method one is to merge the front edges first, then the back ones. If the vertices you are merging have no depth on a certain axis (the Y axis in your case) then merging them will not move them on that axis. Simply select the from ones, merge them, then the back, and merge them.

One other thing I should mention is that blender has a feature called Auto merge editing that will automatically merge vertices that are in the exact same place. This could be used to save a step in method two. The feature can be found at the bottom of the 3D view on the right side of the toolbar there. It is the little button with the two arrows pointing to the center.

Method two sounds longer when I describe it here, but in practce, once you become familiar with the shortcuts it is quicker that way.

I assume what you want is some sort of "Merging vertices only along x-axes" or in other words "Merge vertices with identical x-coordinate".

Two ways to accomplish this come to my mind:

Option 1: Merge the front and back vertices separately

Option 2: Scale to zero only in X-direction and remove doubles