Problem lighting inside of a skydome 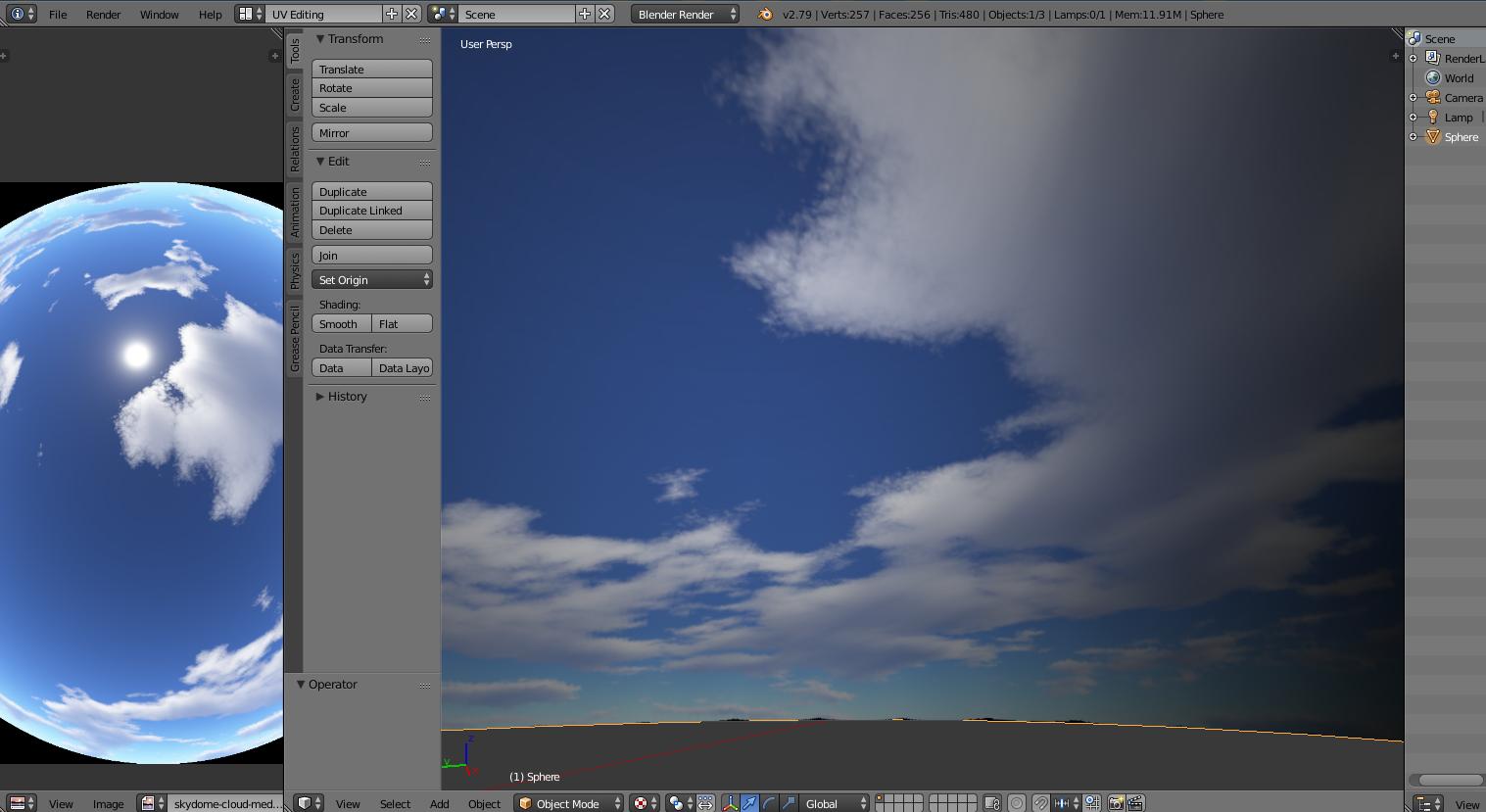 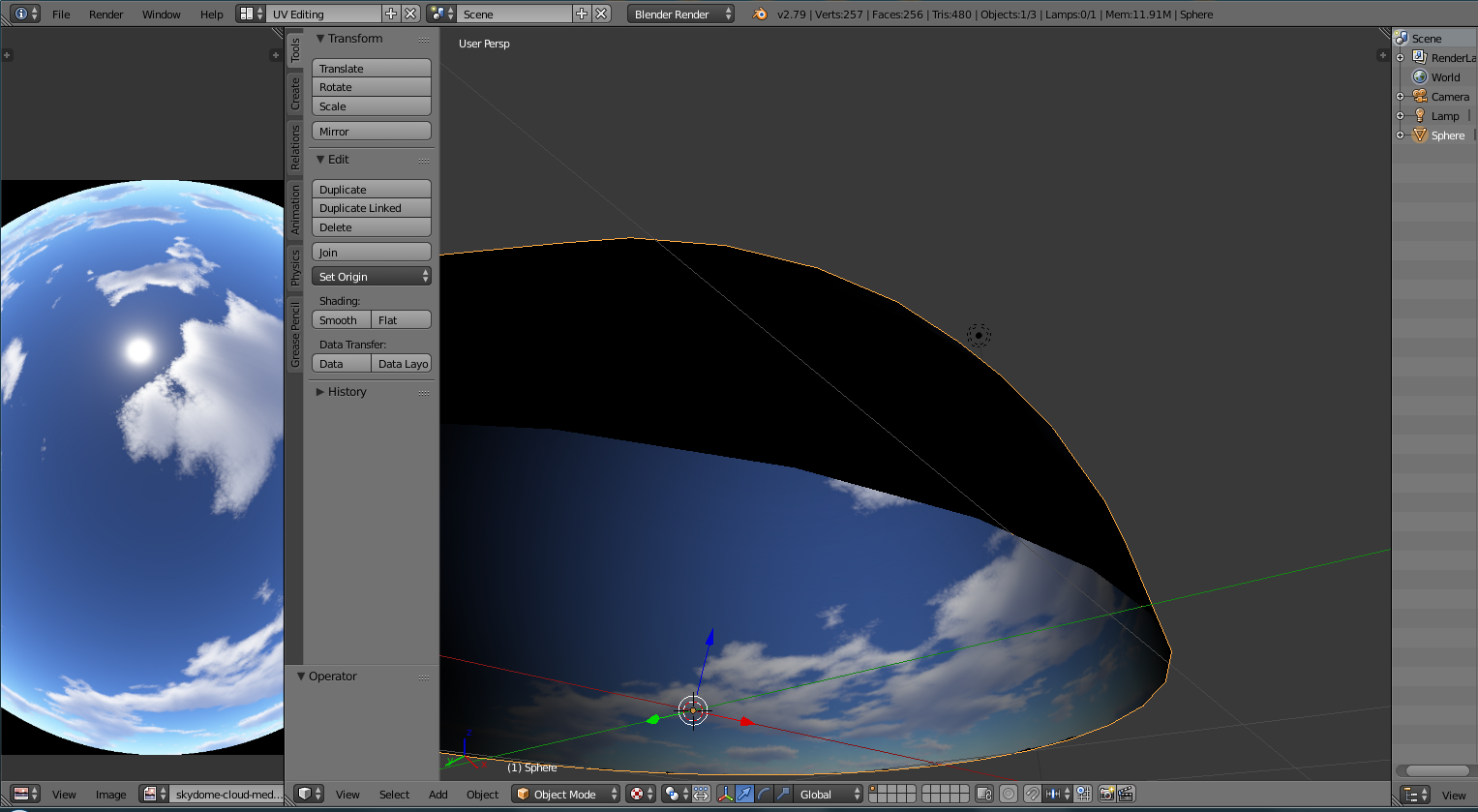 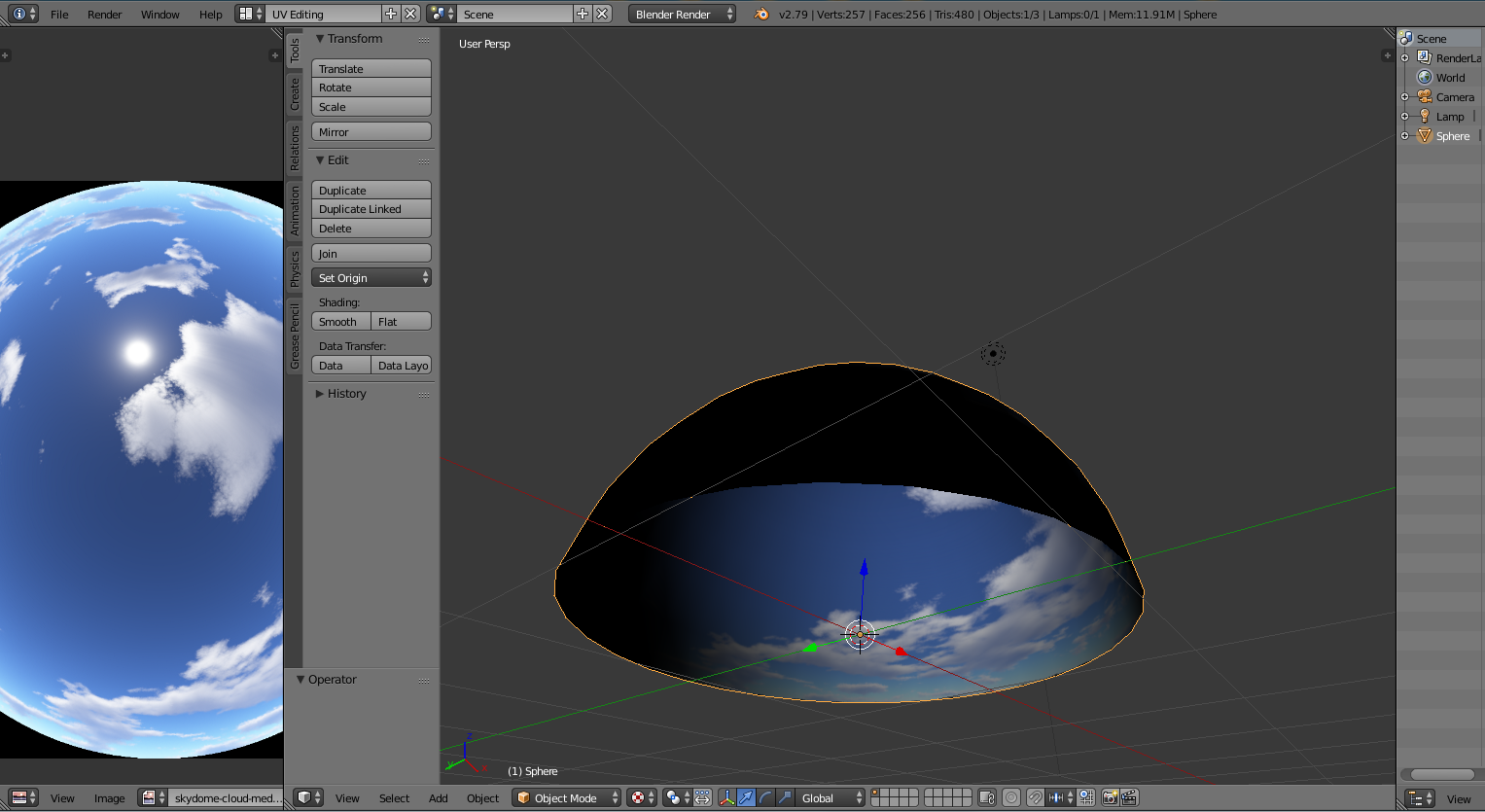 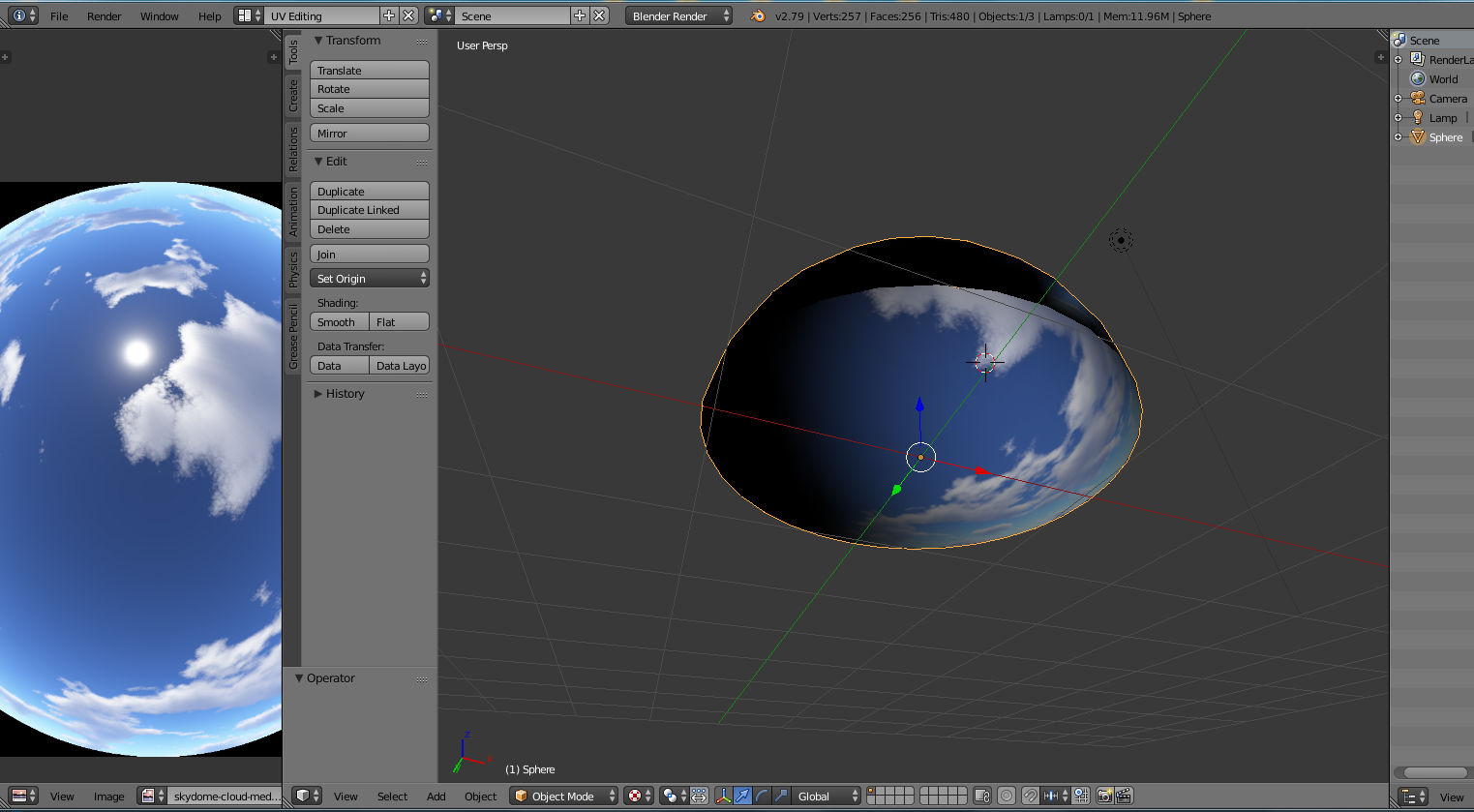 I'm a Blender noob but made it this far. I successfully textured a round sky onto a dome that's cupped over the center of the plane grid, I started from the default start screen (the one with the cube primitive model, and some sort of frustum hanging at an angle overhead, and some sort of light (?) with a corona of double dotted lines circumscribing it at the top of a stick line). I'm that new. I deleted the cube. Everything else remains.

Okay, here's what it looks like: Imagine a dark, very thin thin-walled black plastic dome, with the black pigment infused into the material such that it's almost opaque but not dense enough; if I'm inside and I look up at an angle and turn to the direction of that light source outside of it, the dome surface gradients and increasingly brightens in between me inside and that light source. From inside that's where I can see the sky I just pasted onto it pretty clearly. If I pivot away from that it's going to gradient down pretty sharply to darkness.

But if I try and brighten everything up all around inside by repositioning the light so that it is contained within the dome rather than outside of it, then everything turns jet black inside and I can't see anything. Another one of those Blender moments.

My question is, how do I brighten the inside of my skydome so that I can see the sky as sunny and clearly as the examples on the web, no matter which direction I turn my perspective on the grid inside? It's just a stock UV Sphere primitive halved, with a sky slapped on it using the texture tool. No other tonal values added.

Browse other questions tagged texturing light or ask your own question.

2
Preventing the “Indirect Lighting” setting in Blender Internal from making the entire rendered image black
4
Cycles lamps have no effect and light disappears if ambient occlusion is turned off
1
Radiance: How does the focus of a “spotlight” work?
1
Why is my model lit up when the sun is pointing away?
2
Why is my object black in rendered shading mode?
1
Blender rendering black screen when light out of interior