Assign a custom orientation to each instance of a dupli-object

I would like to duplicate an object along a path, and also have the ability to manipulate the orientation of each instance individually. 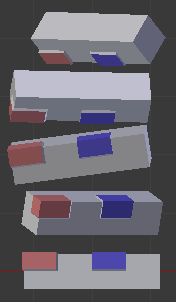 Like in the picture above, where each object's orientation is determined by some unit vector defined somewhere, and possibly each object is just an instance of a duplication.

What have I tried #1: mesh & dupliverts

Parenting the object to a mesh, and selecting "Duplication > Verts" on that mesh, results in all the objects having the same orientation: 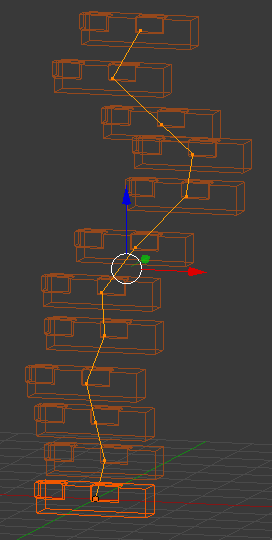 I'm not sure what happens exactly when I enable "Rotation" under "Duplication": 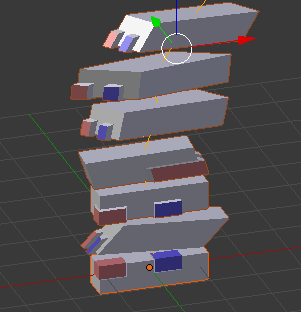 I know it should be possible to make the "vertex normals" count, but I don't know how to do that, and how to control these normals.

What have I tried #2: curve & dupliframes

Parenting the object to a curve, enabling "Duplication > Frames" on the object ("Speed" un-checked), then changing the "Frame number" in the Curve setting to match the number of Bezier handles. 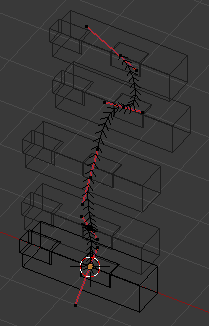 What I'm looking for

A solution that uses duplication, modifiers, standard mesh editing tools, or even python¹ would be appreciated. Consistent results are crucial!

Using particle systems wouldn't be great, as it's complicated to have fine control over each single particle/hair.

Please no animation nodes, as I can't seem to fully comprehend the pipeline. It'd be fine only as long as the solution is guaranteed to be the same, and already evaluated, every time I open the file, and static at every frame.

If I can't obtain this, I'll have to just manually (or via script) duplicate and adjust the objects, which is nonoptimal as the file size and memory usage would increase.

¹ I'm thinking of something like my attempt #1, where the orientation is linked (how?) to the vertex normals and python assigns these normals, if there's no GUI way to accomplish this.

One way to introduce some control on the orientations is to create a mesh with N vertices, assign a particle system to this mesh with 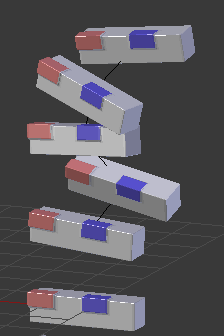 One can then play with the "Rotation" settings.

However, having control over "Rotation", in a way not limited to "Phase" and "Random", is what I need. I can start from one of these settings, but then I need to be able to control and adjust some of the particles.

You can do it with Geometry Nodes in Version 3.0+ :

We can use this rather simple setup to instance objects at each control point of the curve : 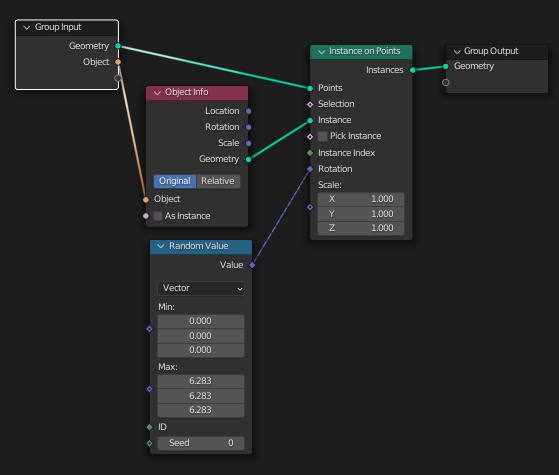 If you want to input specific values for each element, at the moment it's not possible to use vertex groups on curves so we'll have to hack our way somehow. There are multiple ways but since we're not using the control points handles I figured we could use the $X, Y, Z$ fields of the left control point to store our $X, Y, Z$ rotations.

Here's a script you can tweak to setup specific values on control points :

We'll just use a Vector Math node to transform our degrees to radians. You can delete it if your input values are in radians. 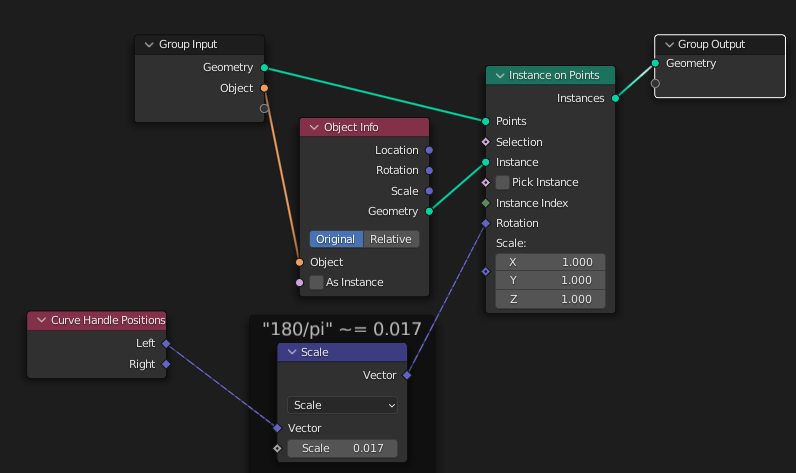 Not the answer you're looking for? Browse other questions tagged vertices dupli-groups or ask your own question.

3
Local rotation with array and curve modifiers
1
How can I efficiently duplicate a large amount of objects?

4
Duplication follows an UV sphere but rotates duplicates
2
duplicate mesh along text?
1
How can i add more duplicates to a curve?
0
Using dupli-faces changes the orientation of the child object