I'm working on a scene in blender where I have recreated a corridor shot for real. In the scene, I have an object traveling down the corridor. The goal is to just get the object and not the corridor in the final render. I still want to get the reflections and light bounces of the corridor, maybe even shadows if possible!

I'm super new so I've been having a lot of problems. I've tried to use the Holdout node on the materials but that removes the light bounces. Any help is appreciated!

Use the Shadow Catcher feature available in versions 2.78.5 or higher. You don't need to do much.

Set the surrounding elements be a shadow catcher in Cycles Settings> Ray Visibility.

The rendered image will have the shadow and reflections and a transparent background. 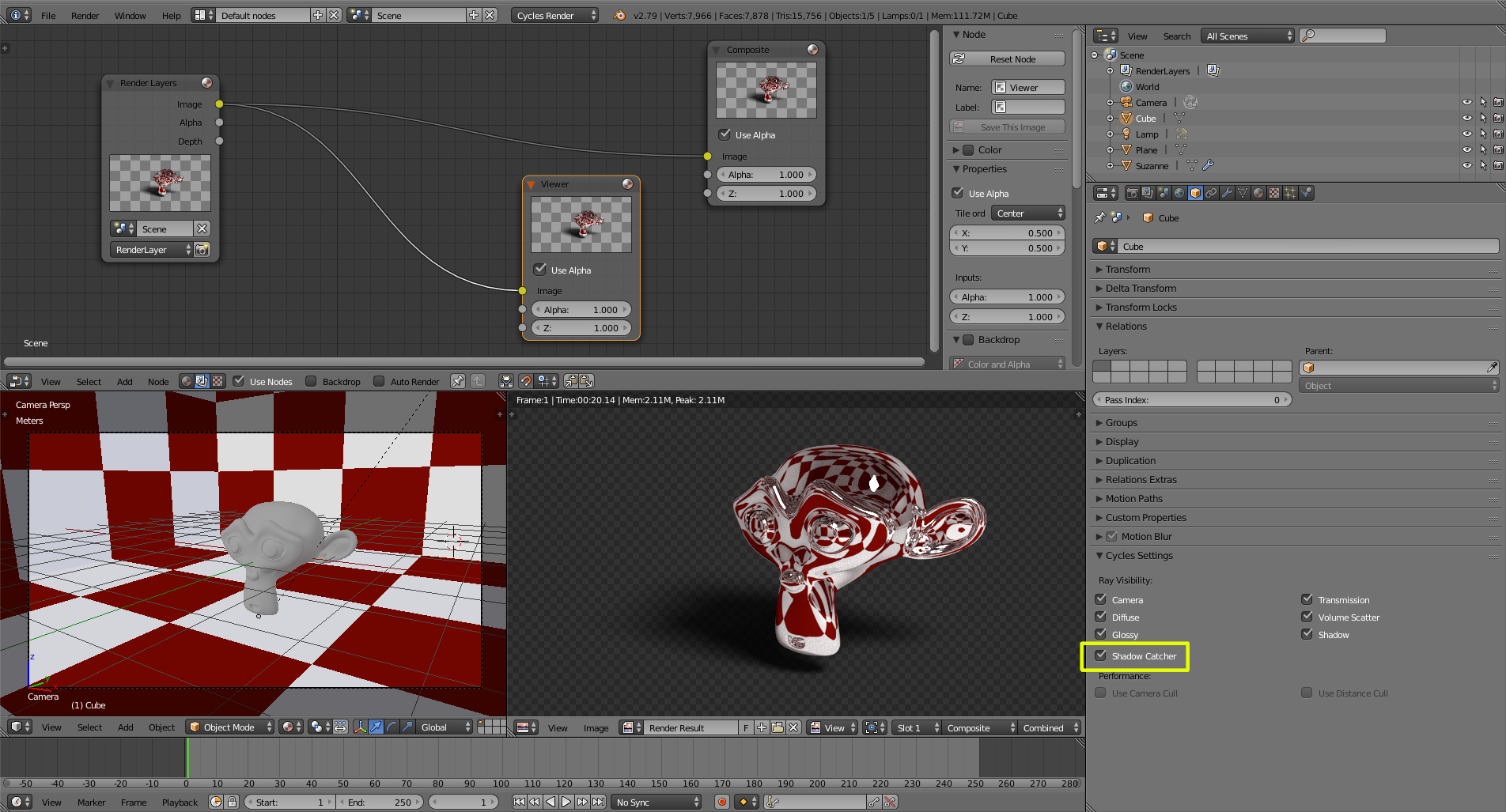 Then just overlay the rendered image onto your background using Alpha Over: 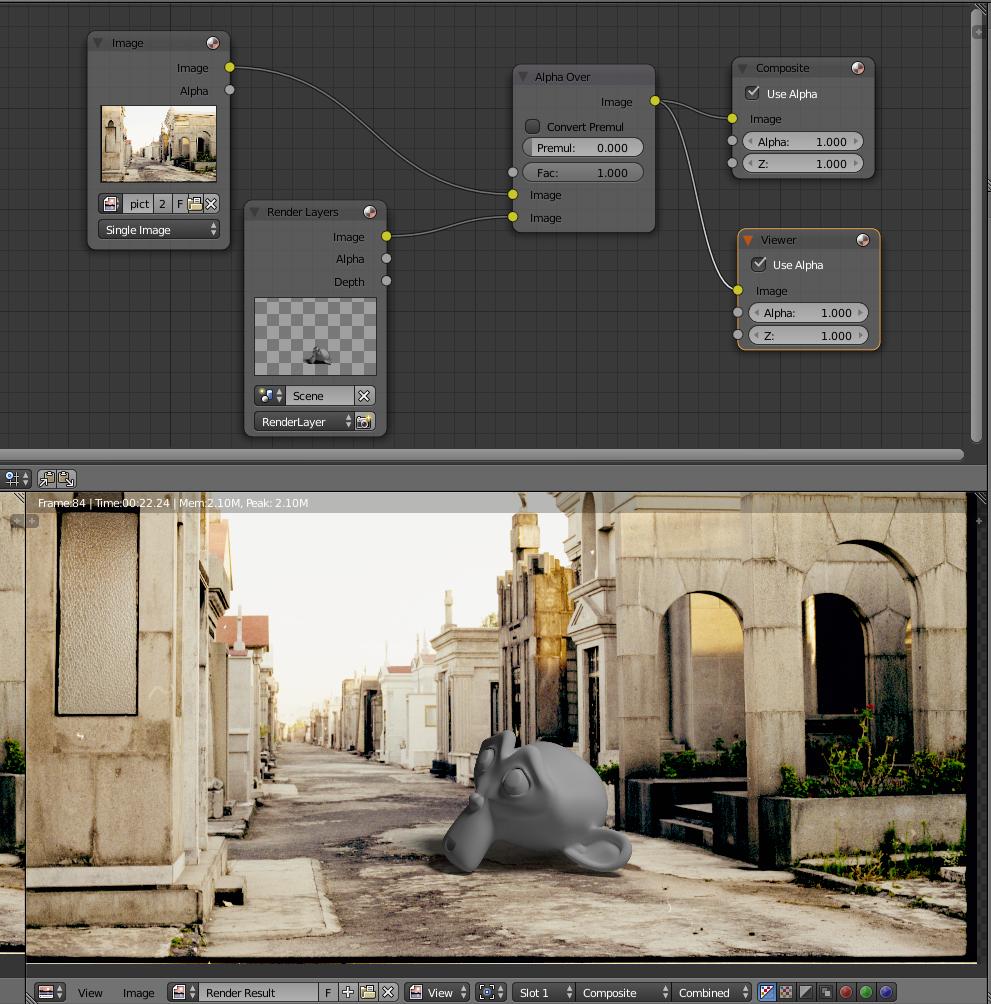 For other ways to do this.

In this example the monkey is in layer 2 and the environment in layer 1. In the layer settings Layer 1 is used as a mask layer. 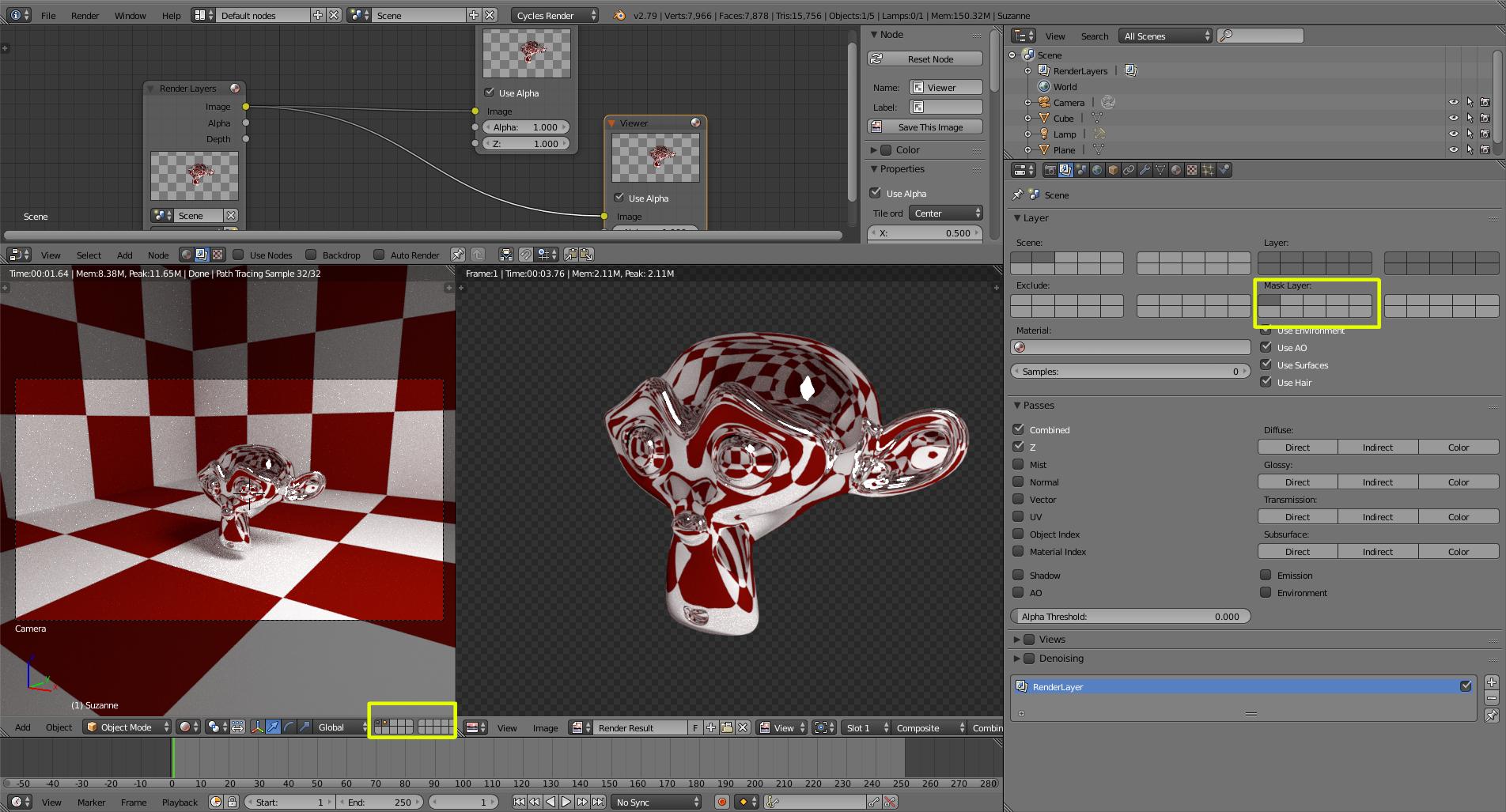 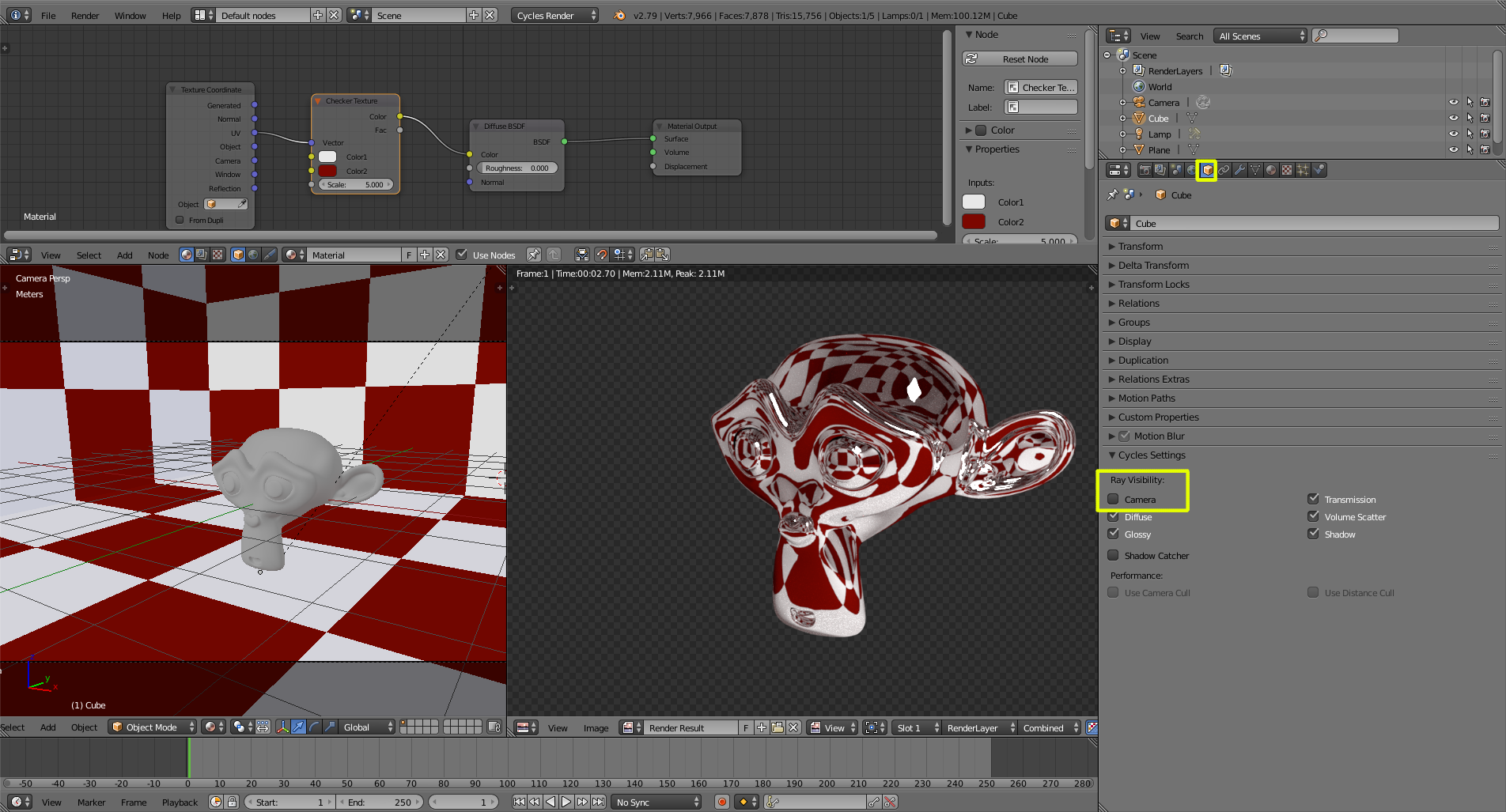 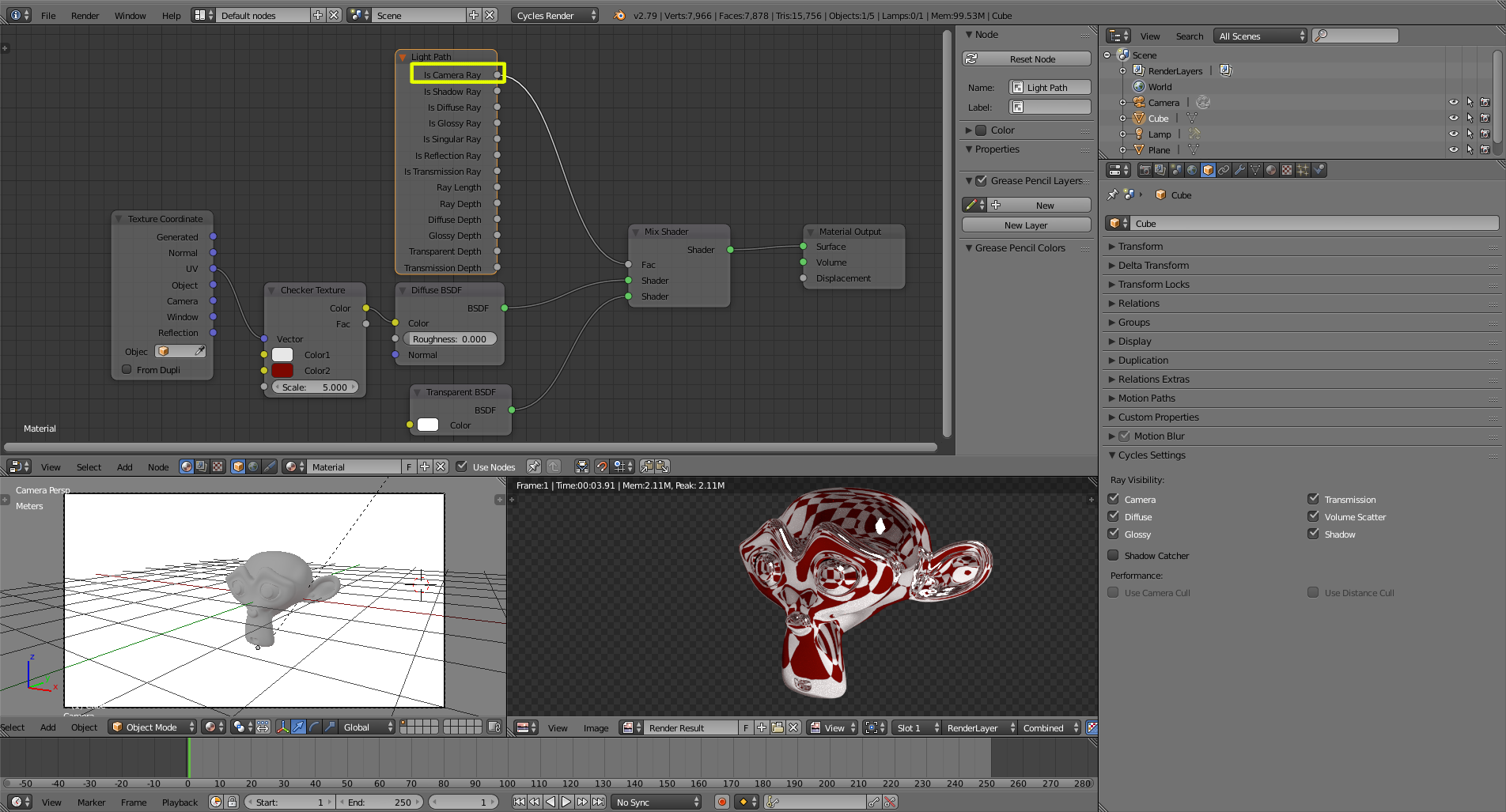 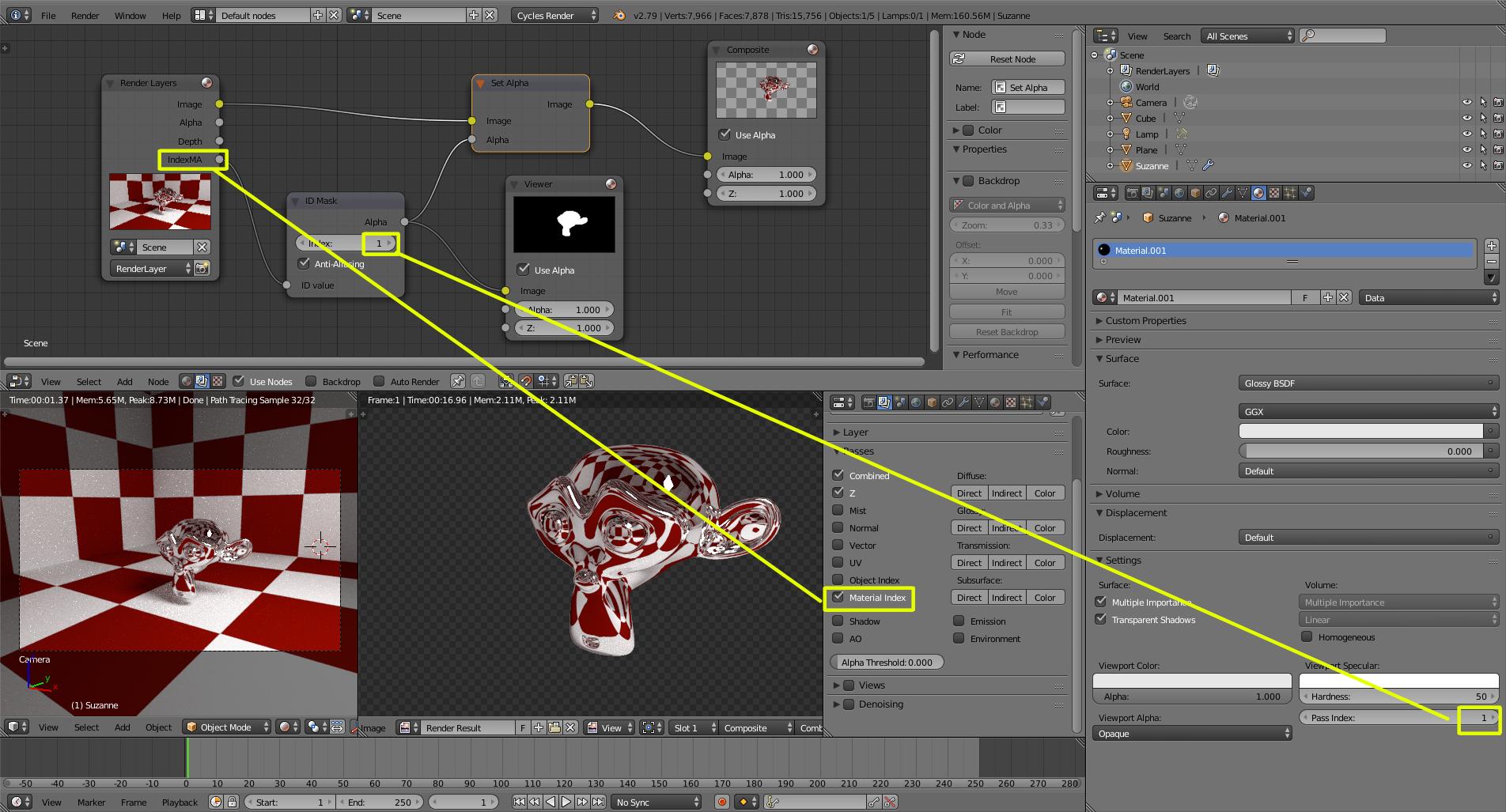 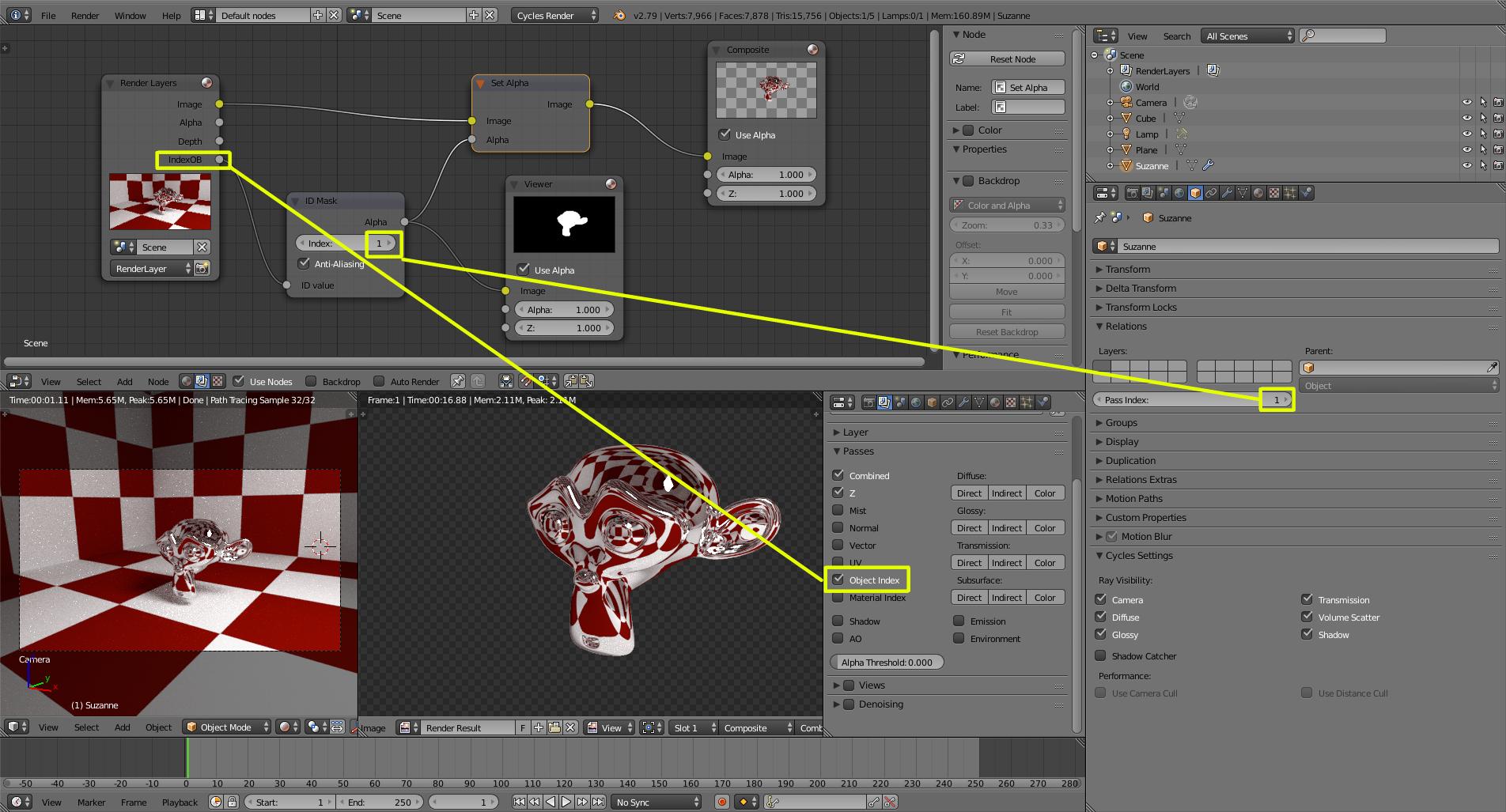 Not the answer you're looking for? Browse other questions tagged materials compositing-nodes or ask your own question.

0
How can I render only one object but still have the rest affecting it?

2
Error when changing materials in source file of linked objects
0
Make objects reflect from separate view layer 2.8
6
Why does my bathroom mirror distort so much?
1
Why does the guard of my sword glow when it shouldn't
4
Strange Glass Reflectivity in Wine Bottle Scene