How to add template objects (groups) from other file?

Let's say I have a *.blend containing a few objects which I would like to add to a group and use as a template. This could be some (textured) meshes and a text object which are connected in a group. A totally arbitrary example might be a player mesh (e.g. a tank) with a health bar and a life-counter.

Then, in another blend, I linked the above group, added them to an invisible layer and and would like to:

How can I achieve that?

I suggest to link groups (rather objects).

This contains two template groups named template_A and template_B, each consisting of two meshes (Suzanne and Cylinder) and a text object, but different hierarchy. See images 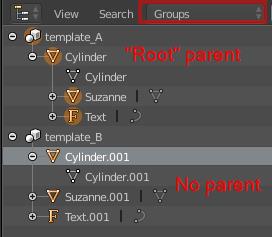 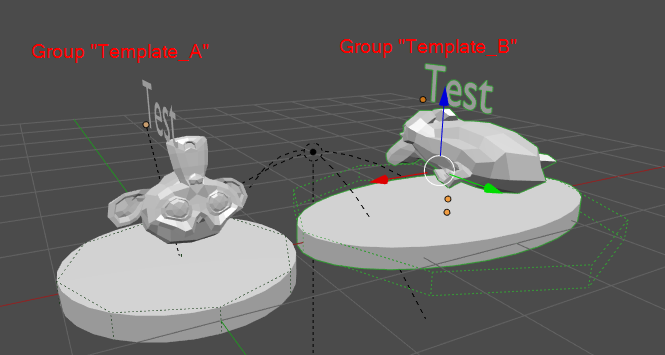 in this file, both templates are linked and placed on layer 2. A cone object acts as spawner,moves around and reacts on Keys A ("template_A") and B ("template_B"). The script add handles the reactions and sets the string (Question 2).

Note that when template_B is added, the three objects fall apart (they have different translational damping), while in template_A they stay connected (question 1).

4
Objects showing through other objects in the BGE?
1
Why don't static objects detect collisions with other static objects?
4
get object from other scene
0
Objects not detecting each other?
4
How to add edge outlining to transparent objects in bge
0
Start Game from File, how to send a message
1
How could I import a game character from another .blend file in the bge during runtime?