Model is almost black at some angles.

I've been trying to create a simply low-poly cat model, but I've run into an issue. When I try to rotate around my model, it appears black at some angles, which makes modelling difficult. Here are screenshots to show what I mean:

Cat from diagonal angle. The whole body of the cat is black. This also occurs from other angles, this is just one example. 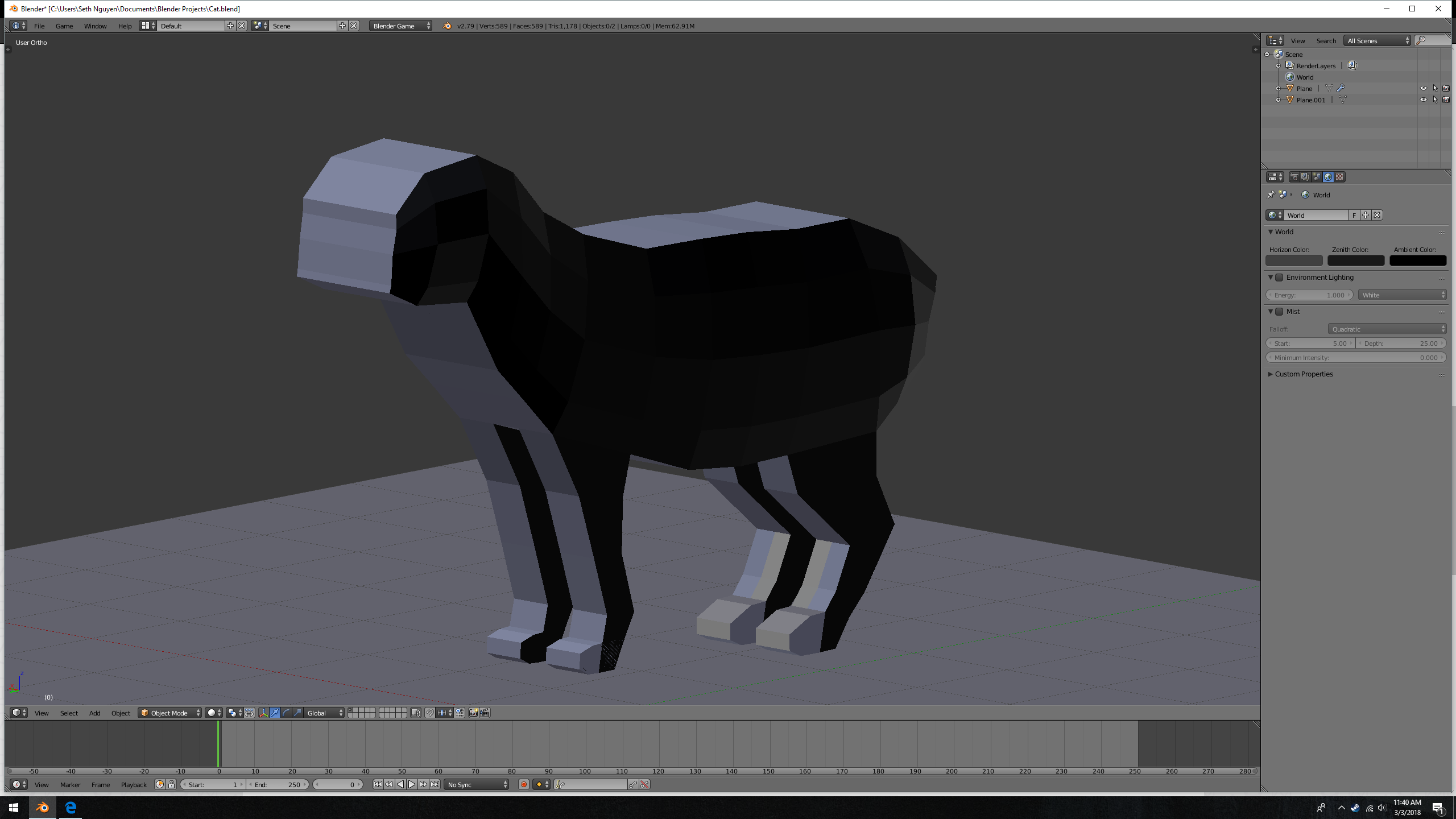 Cat from side view. Faces are clear, but the cats feet appear to be a brighter shade of grey than the rest its body. 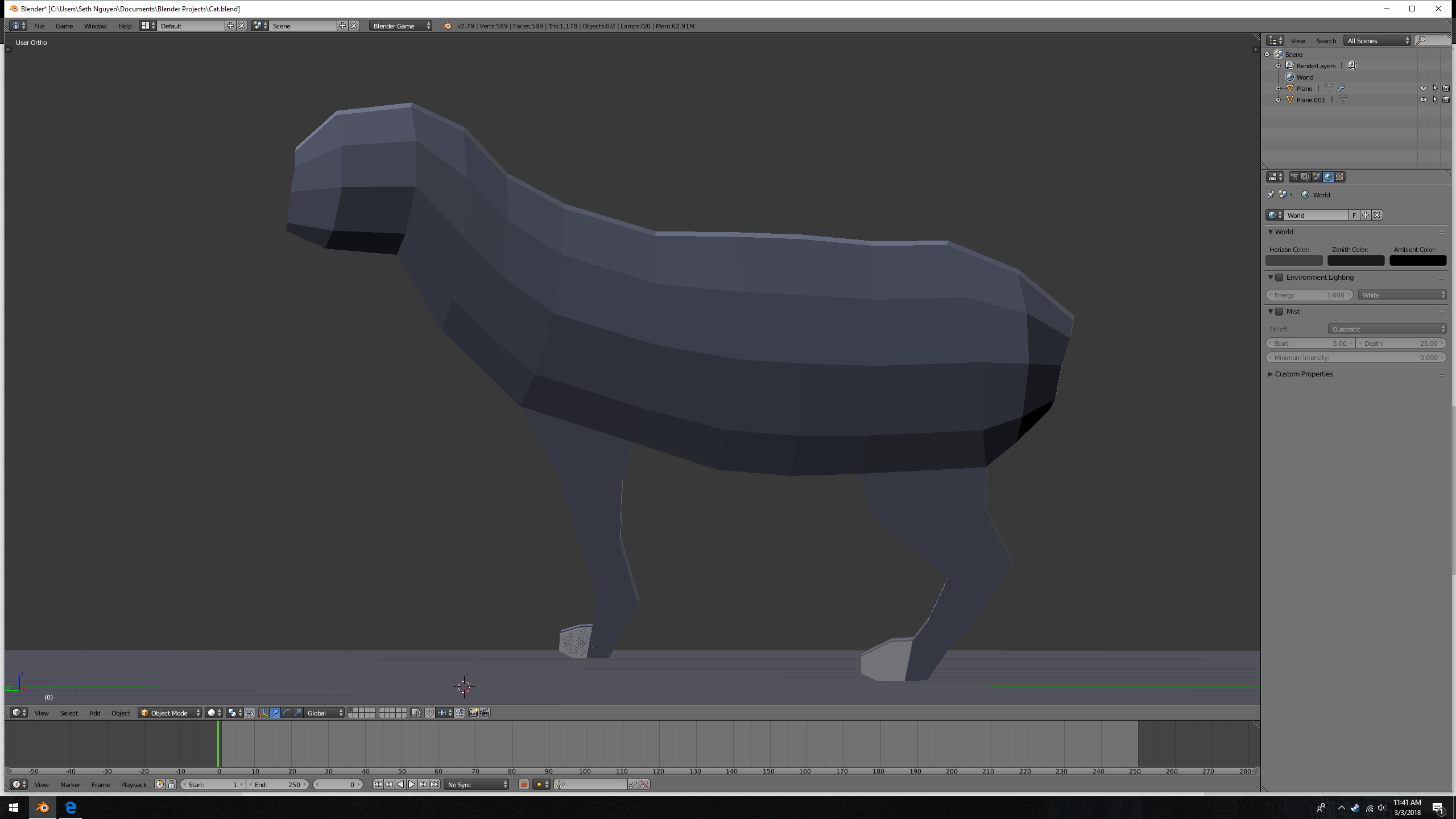 I'm fairly new to Blender so maybe I'm making a rookie mistake, I'm not sure. I've tried adding in lighting it doesn't seem to have an effect on the model, only when I set the scene to "Render" mode. Any help would be appreciated!

In Edit Mode select everything by pressing A (You may need to press it twice). In the Tool Panel on the left (Pressing T toggles this panel on/off) select "Remove Doubles" at the bottom. Then go to the Shading/UVs tab and select Normals > Recalculate. 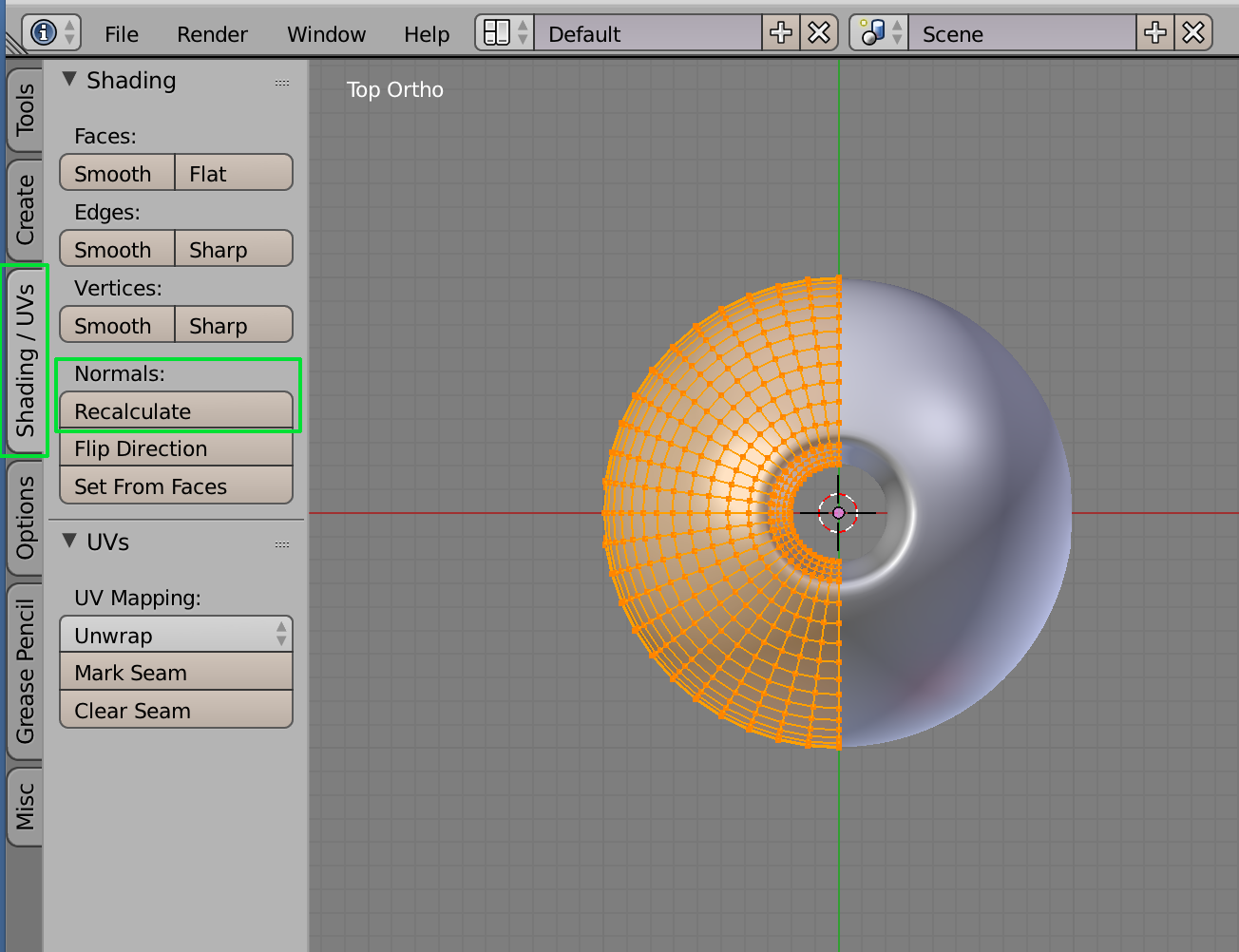 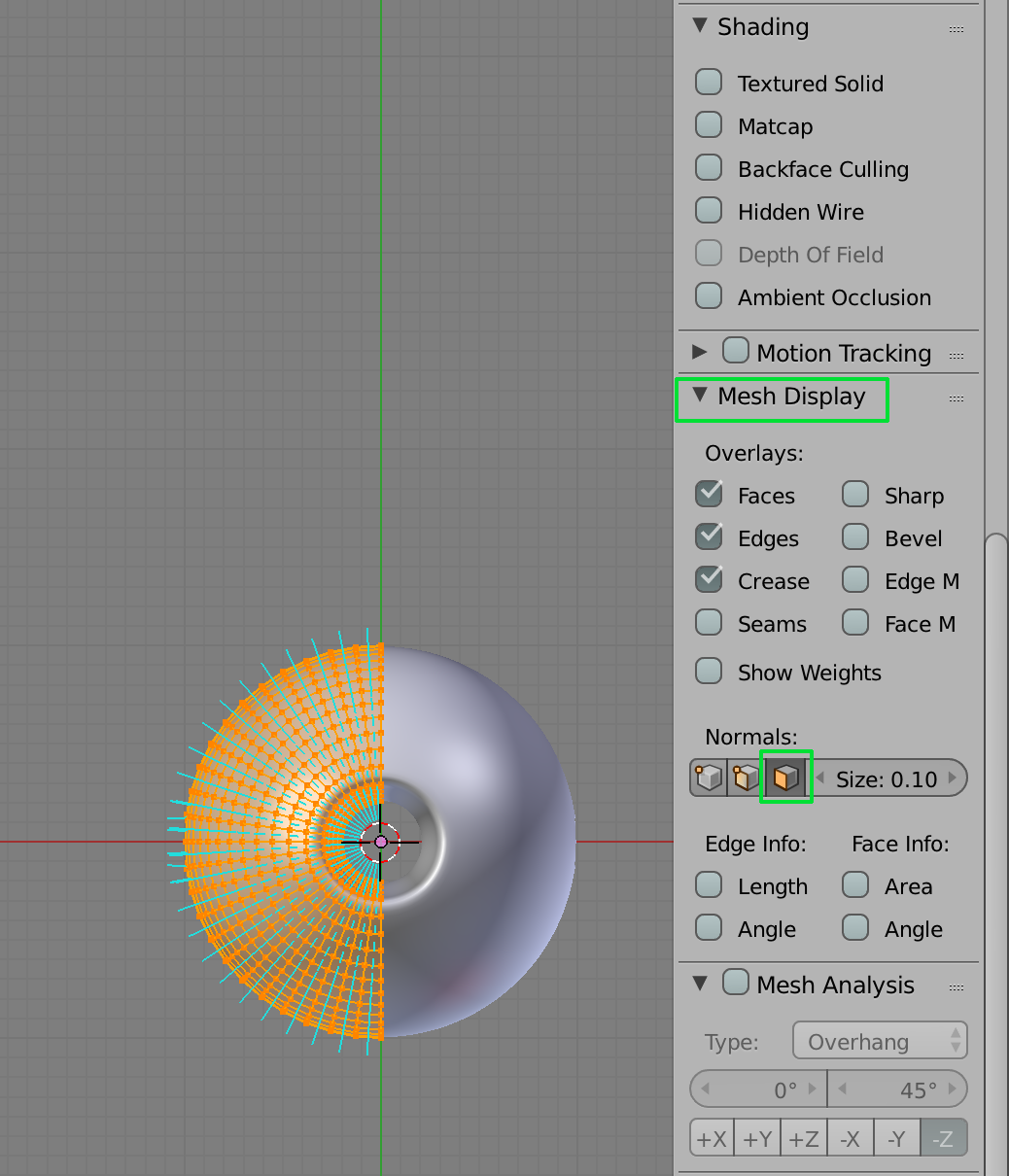 You also have some Z Fighting going on in the cats feet usually caused by duplicate faces. Indicated by the hash marks in your screen grab. If "removing doubles" didn't fix this you will need to delete them manually. 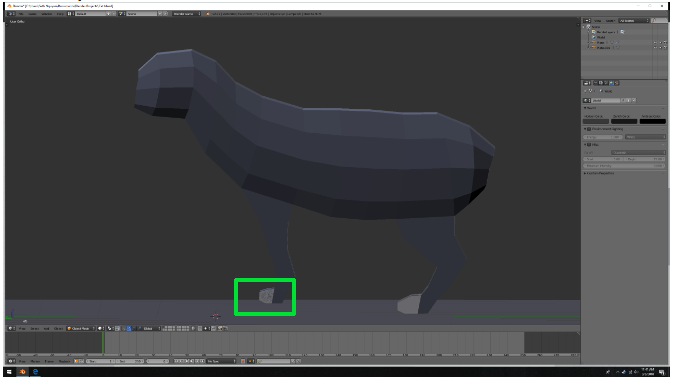 Your normals are flipped, which essentially means your mesh is inside out! In edit mode, go to Mesh > Normals and flip normals. Recalculate outside sometimes works better if you have some right and some wrong.

Not the answer you're looking for? Browse other questions tagged modeling light shadows or ask your own question.

2
Preventing the "Indirect Lighting" setting in Blender Internal from making the entire rendered image black
1
Conflicting faces rendering as black
0
Mirroring an object along Z-Axis results in improper lighting
2
How do i get rid of these black shadows?
0
Can't fix this color glitch when joining objects
2
Strategy for creating this model in Blender from scratch
4
Model seems to shine in ways it shouldn't