My hinge simulation is not working correctly

I am trying to simulate this hinge inside this model of bottle. But when I hit play button on animation it acts weirdly and is pushed out of the bottle. I want the separation to swing down inside the bottle. How can I fix this. 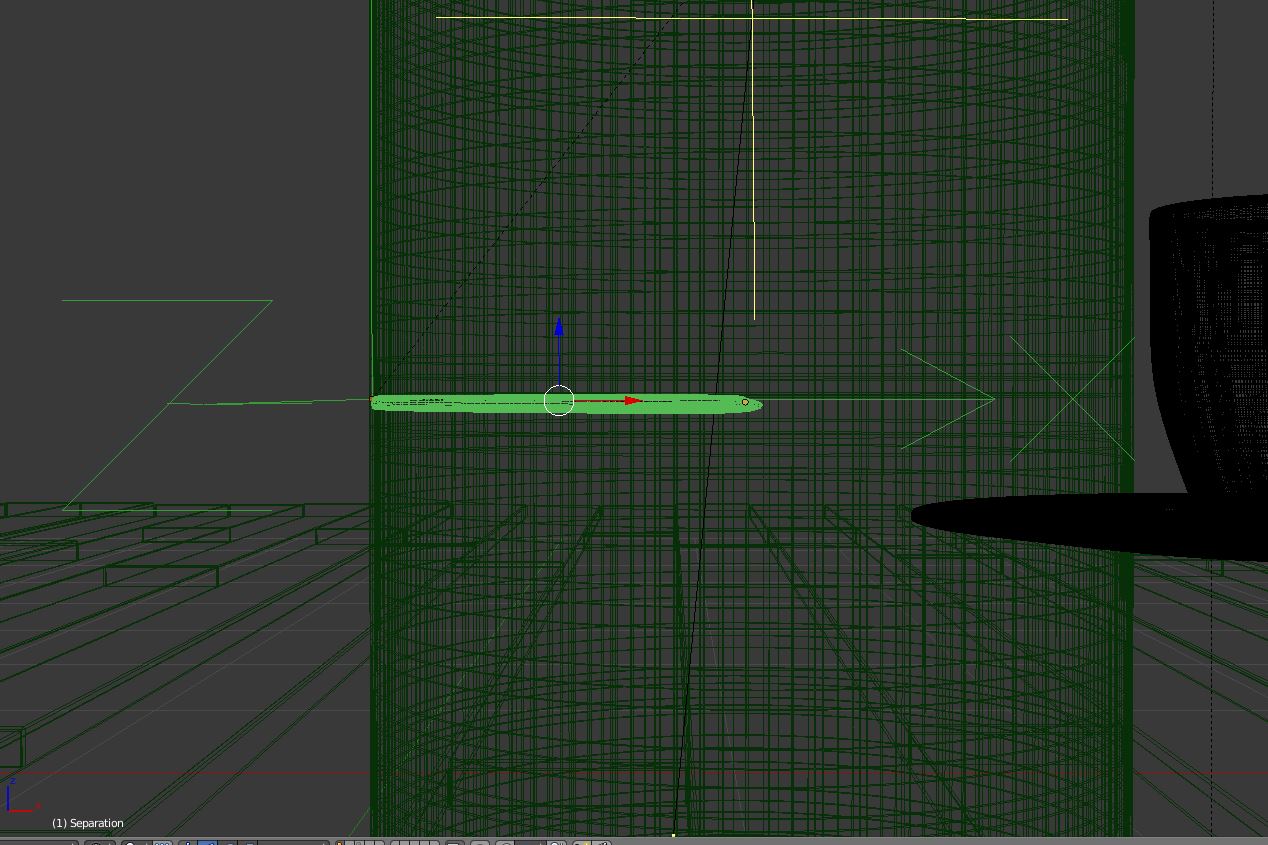 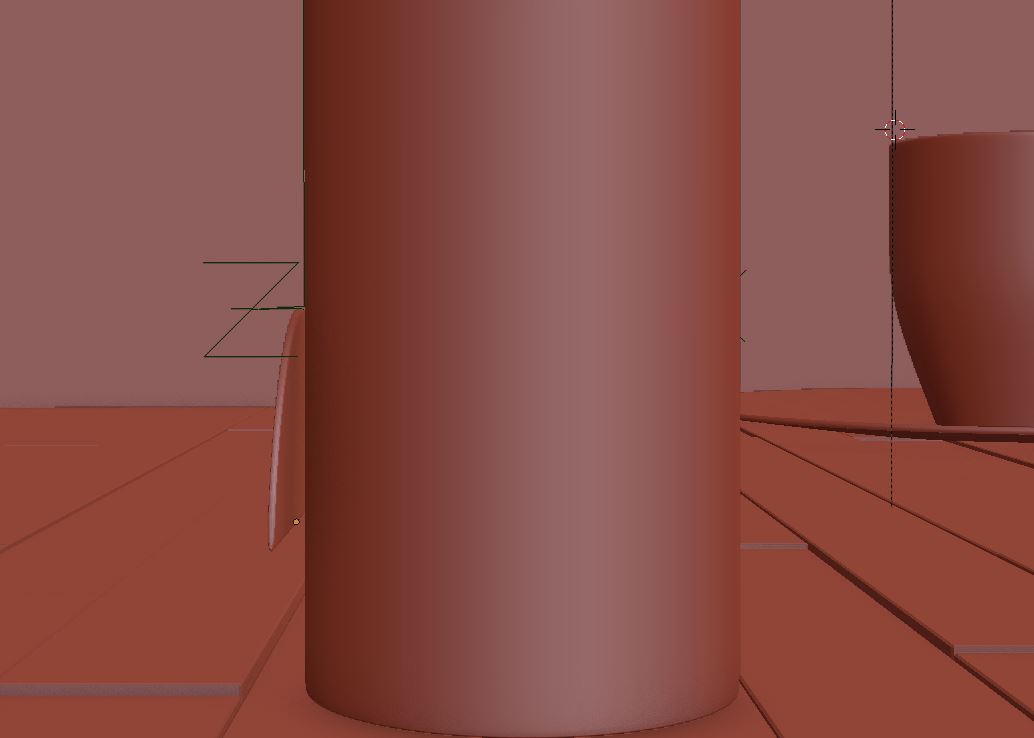 PS: The mechanism and hinge is working fine when I drag the whole hinge system outside the bottle into open space but not working inside the bottle like showed in the wireframe view above.

2 parts liquid system inside the bottle: 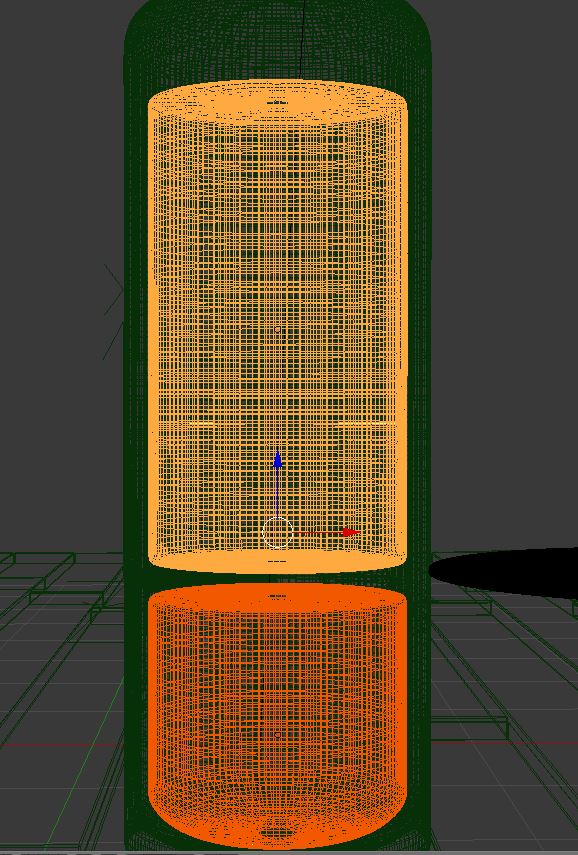 The separation bridge, and the two liquids together: 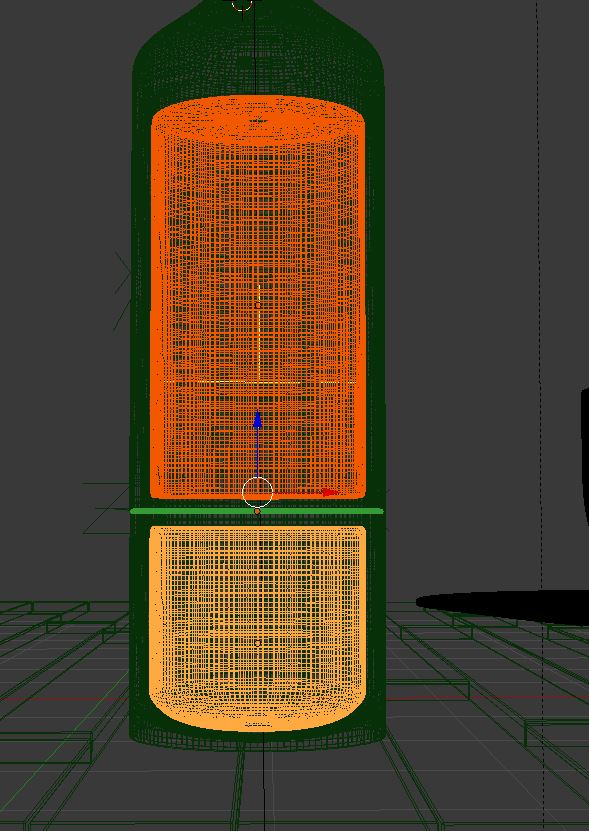 My end goal is to make bridge opening in the bottle that is two separate half semicircles which will be opened when the fluid from the bottom chamber of the bottle will be pushed upward and will open the bridge. So that fluid will basically apply the force on the two bridge gates or flaps and it will open them in upward direction inside the bottle (/ \ like this in shape). And then then both fluids in the top and bottom will mix together (say lemon juice in bottom and water in top). And yes, I want the gates/flaps to collide with the bottle inside when the bottom chamber water will be pushed upwards when a force will be applied on the bottom base of bottle.

From what I can tell, it appears that your setup has a number of issues (and please correct me if I am mistaken on anything here). The biggest one being that the physical design of the flaps and how you want them to open is impossible. I could try to explain it, but the gif below will show it best (I realize it's upside-down from what you want but the concept still applies).

If you tried to do this setup in the real world, the flaps would be locked in place and unable to move, as in the gif you can see that as soon as the flaps move they intersect with the walls of the bottle.

The solution to this will depend on your end goals. If you need the flaps to be visible, the only solution that I can think of would be to move the hinge to the middle of the bottle so that the flaps would fold up and meet in the middle. If you just want to keep two fluids separate and have them mix when the bottom one is forced up, there is probably a better solution for that, but I would ask a new question if that is your goal.

A couple of other things that I see that would also cause problems, even with a proper setup, are that the flaps start out partially inside the walls of the bottle. This will always break a simulation as it's a physically impossible condition. The second is that the bottle collision type is set to Convex Hull, which isn't the best for shapes with large convex areas. A better collision type would be Mesh, as it is the most accurate.

However, these are in addition to the main problem, and likely won't help unless the entire system is redesigned.

Not the answer you're looking for? Browse other questions tagged animation constraints rigid-body-simulation or ask your own question.

0
Fluid simulation does not follow animation
1
Hinge locked clockwise?
1
See-Saw With Hinge - Rigid Body Physics Simulation Not Working Properly
2
How would I go about making water shoot out of a pipe rather than just flow out?
0
rigid body simulation not rendered correctly
9
Animation advice please (sliding pipes with handles)