How to create fire materials using the new Principled Volume node that visually look the same as the “old method” of fire materials?

There is a new volumetric shader node called "Principled Volume" in Blender 2.79 as of this commit. It appears to support a new temperature attribute, using blackbody temperature.

Using the more or less familiar setup as pictured below, I can get a good enough material, but I would like to know how to achieve the same result with this new shader node. 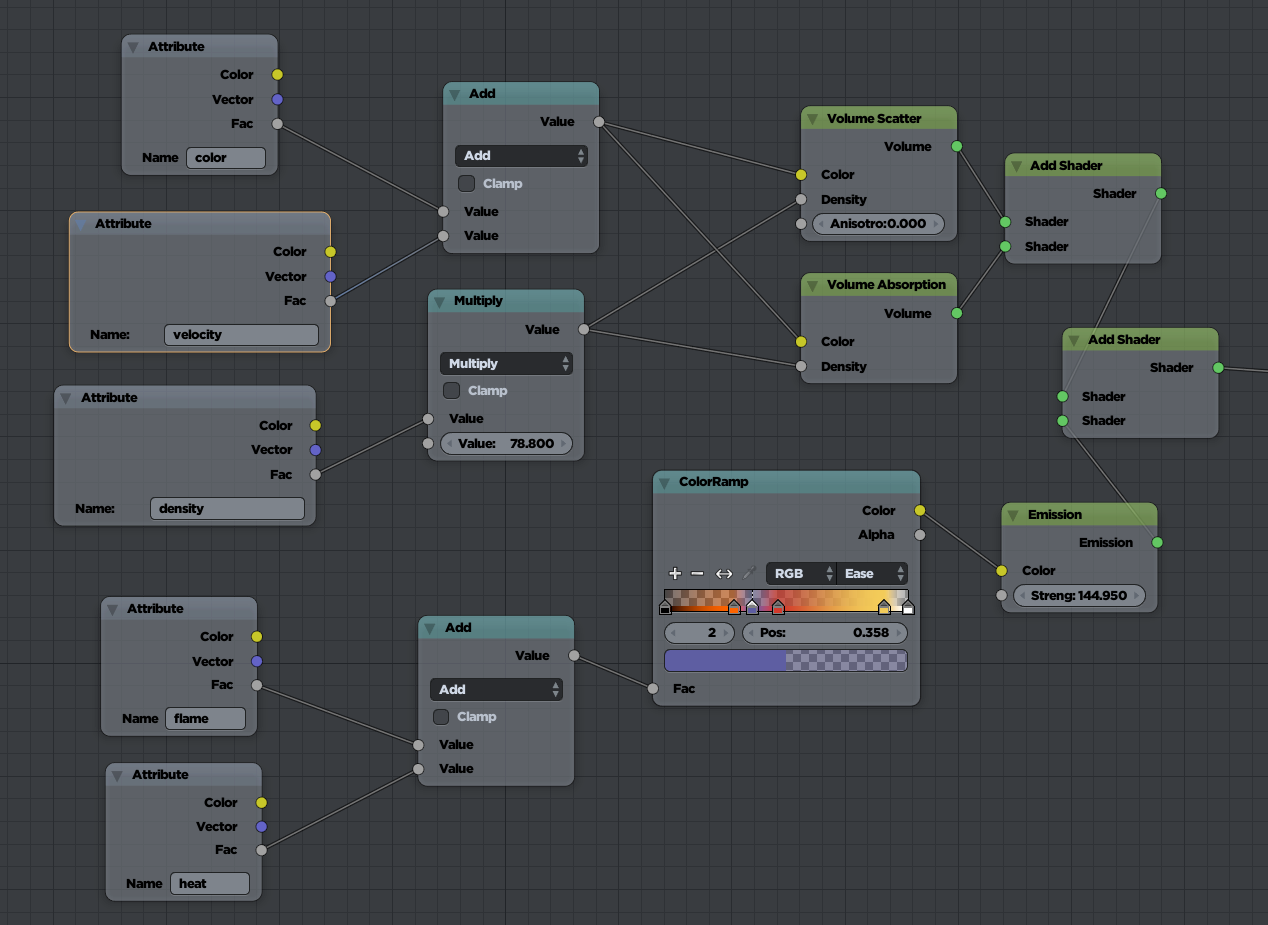 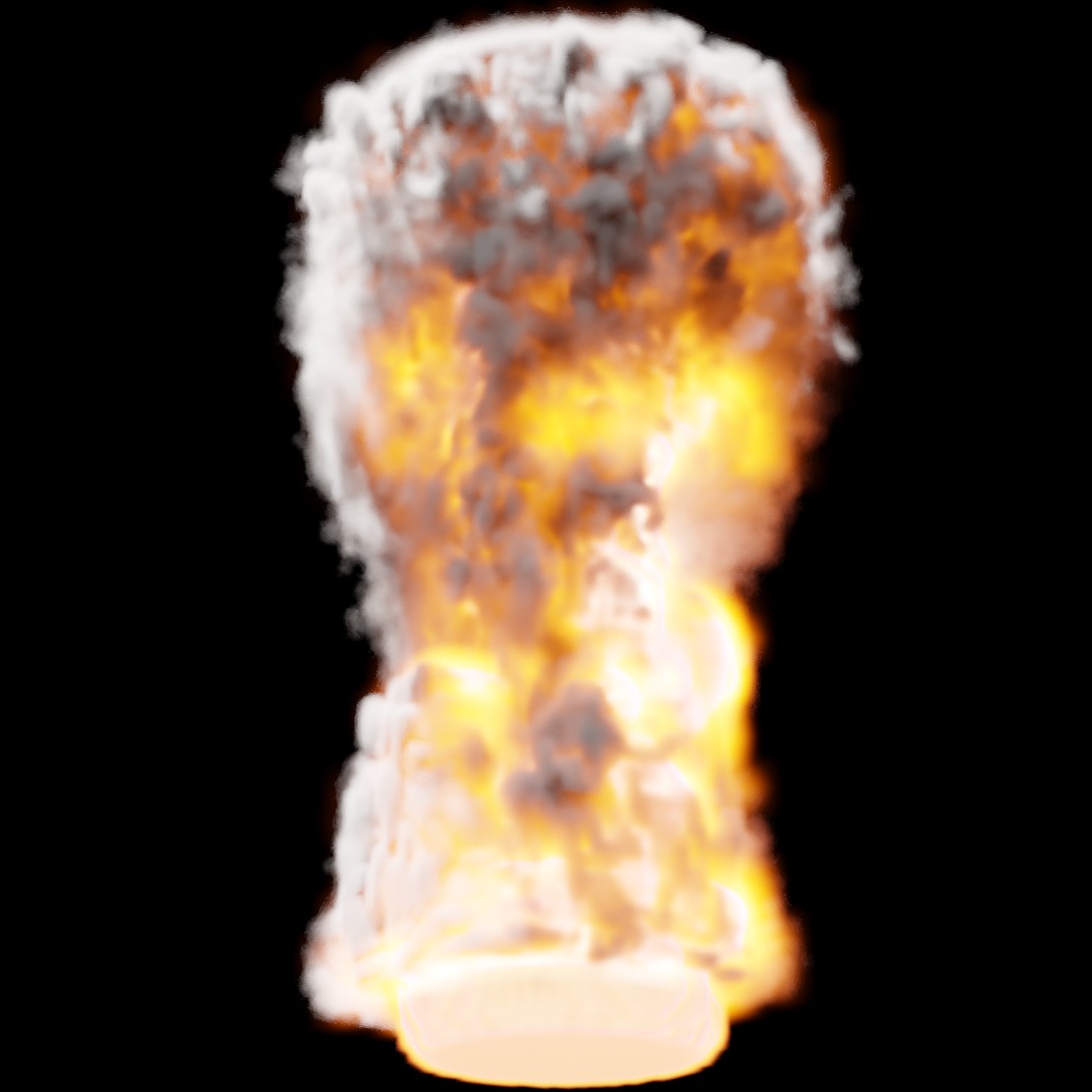 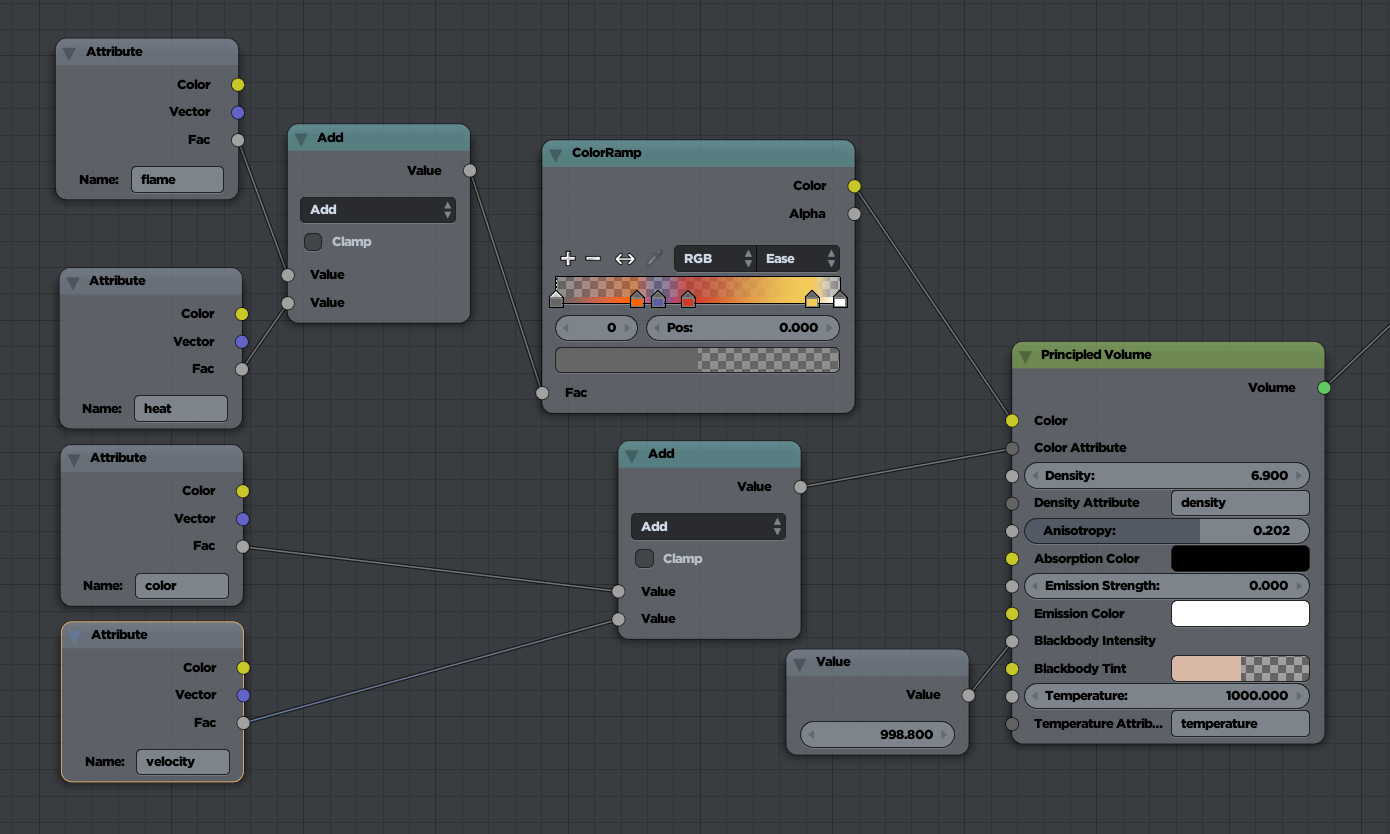 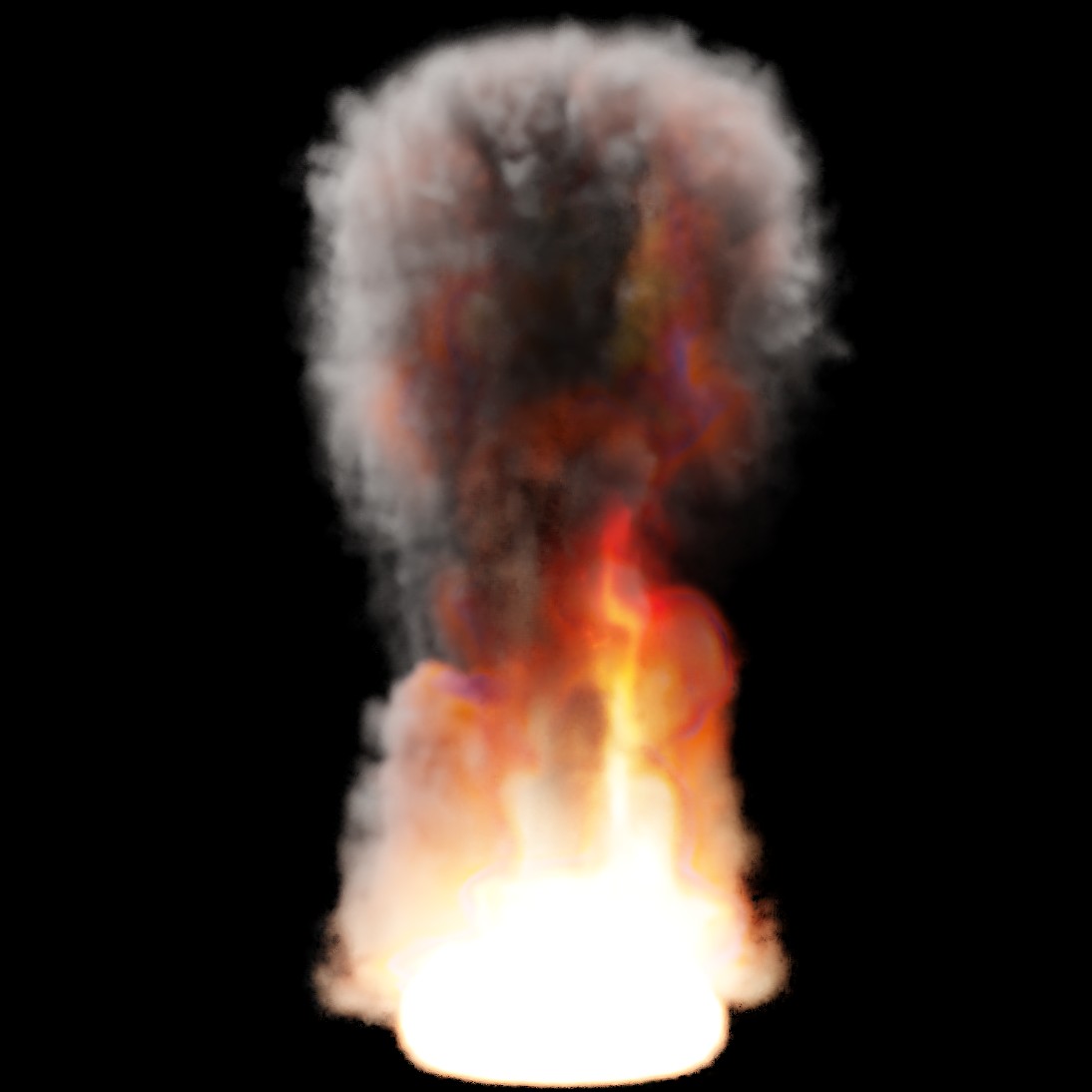 Here is the current file to play with. It does require a current (as of 3/5/18) buildbot build to use the shader.

How do I set up a material with the Principled Volume node that renders visually the same as the old setup?

Here is my final result. 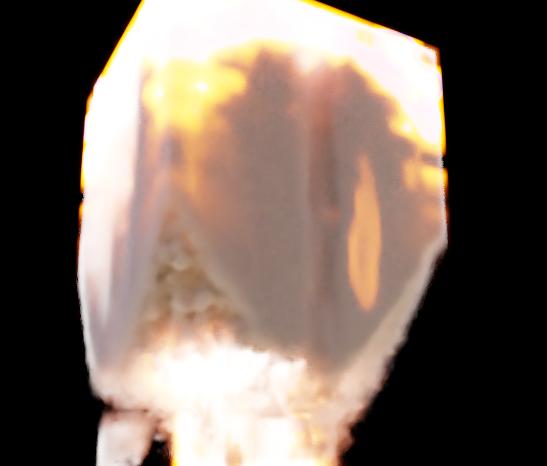 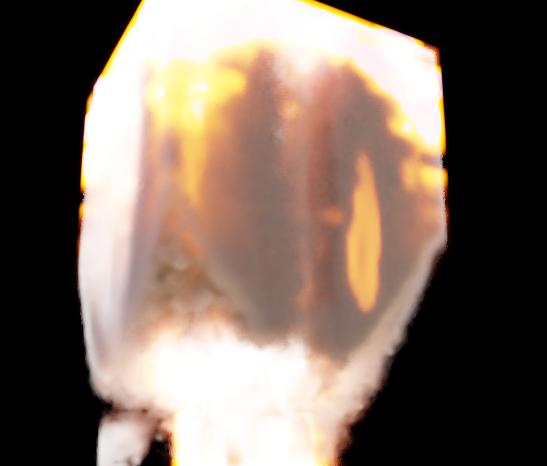 Let me start of by saying that smoke simulation and rendering is not something I am very familiar with, so despite being able to replicate the material fairly well, I don't necessarily understand everything behind why it works the way it does. But I'll explain what I can.

A quick summary of what I did:

So, from what I understand at the end of this, the Principled Volume Shader is basically setup to replicate the original node setup you have, and it does it well. There does appear to be some differences in how the shader works compared to the old method, namely in how the density works. I noticed that (before emission was added, which made the details hard to see) the Principled smoke looked more dense than the manual smoke, but if I decreased the density it would get to the point of areas being nearly transparent before the main density looked similar. More details were visible in the principled smoke, and since in this setup the smoke was colliding with the domain, the principled setup had more defined boundaries, whereas the manual setup was much less defined. Perhaps with some experimentation, or a better understanding of how the shader works, as my knowledge is limited, a more similar result could be achieved.

The good news in all of this is that smoke is now much easier to setup, as the final setup I arrived at was just this:

Here's my take on fire (I'm not trying to replicate the example, but trying to make one using blackbody and color temperature). 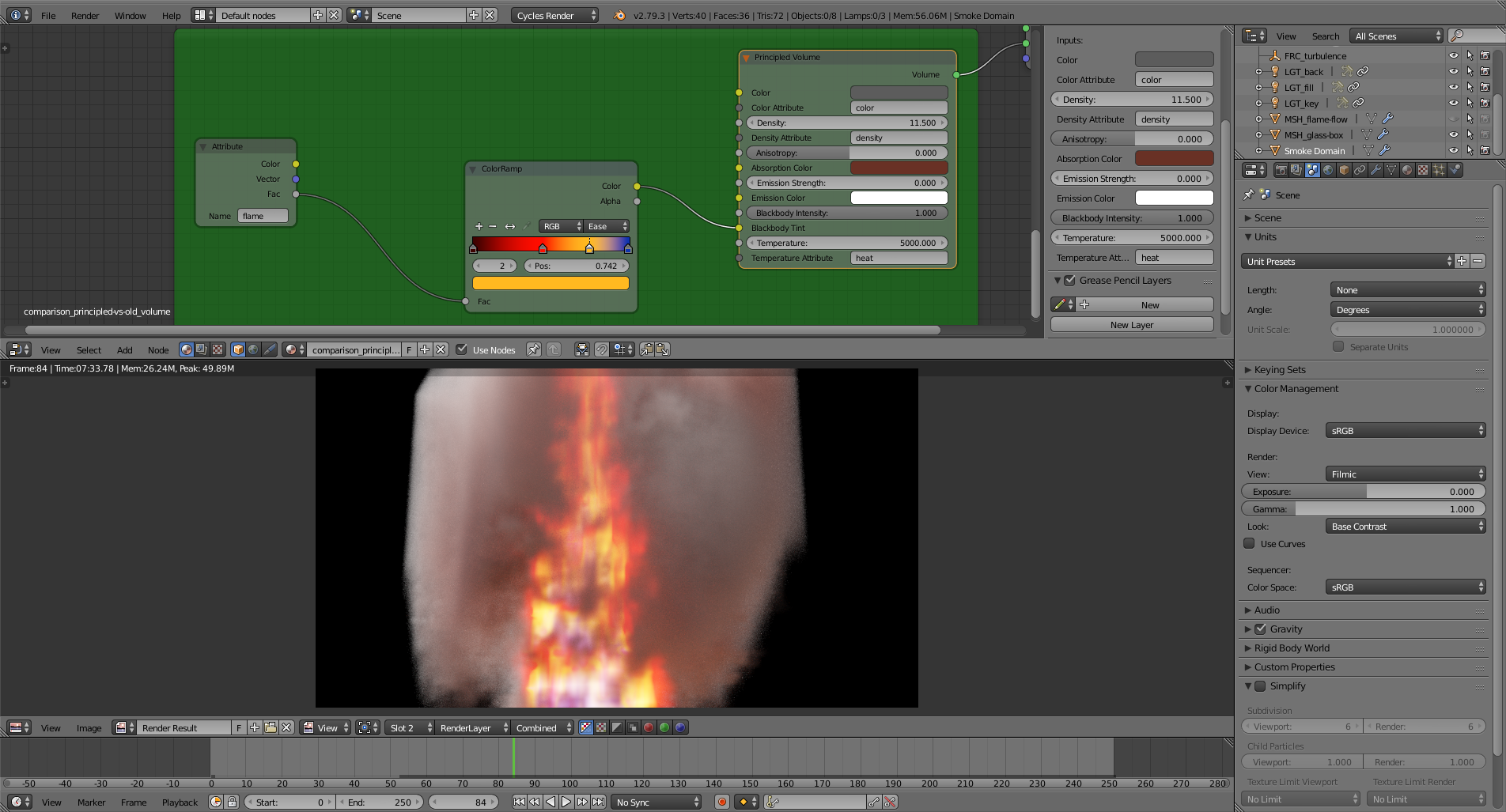 It seems that decent looking fire is now quite easy with a ramp on the Blackbody tint, and controlling the temperature with the heat attribute.

Not the answer you're looking for? Browse other questions tagged cycles-render-engine shaders volumetrics fire or ask your own question.

7
How do volume shaders interact with light?
0
How to get realistic coloring on quick smoke/fire in blender?
0
Issues in fire simulation
0
Fire simulation not working in eevee 2.81

3
Transparent image like a decal on mesh with principled BSDF shader
1
How to render a world position pass that includes volumetrics?
2
Volumetrics clip through objects, they always render in front of everything
1
How to access the list of volume grids using python?
8
Colours in OpenVDB volumes