continuous sequence of frames with multiple cameras with each camera starting at start of animation?

You could use the Multi-View Render Layer functionality to simultaneously render from multiple cameras to files and then stitch them together in the compositor. 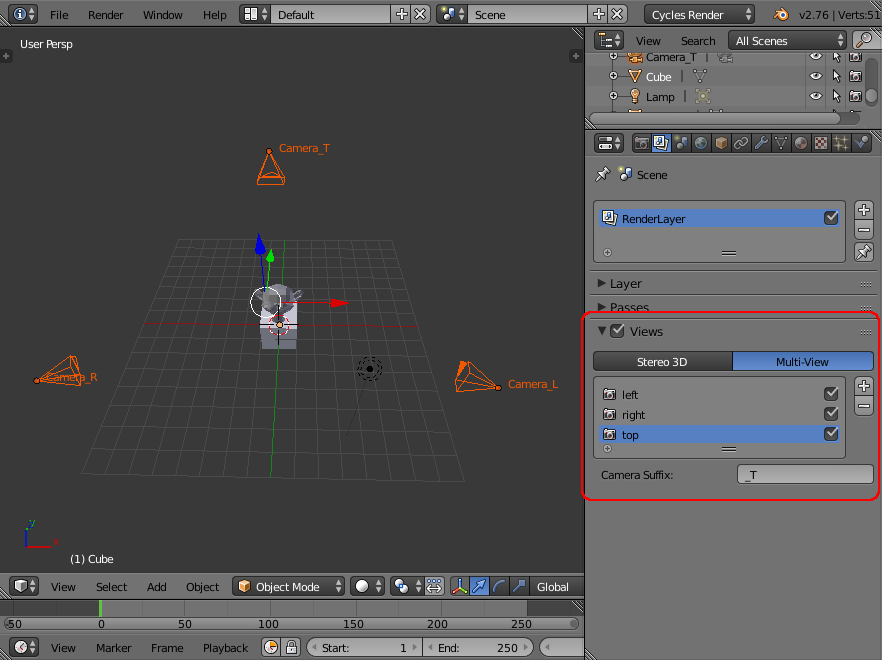 Now when you render the scene Blender will render a separate image for each camera. To view the individual images you need to disable the Stereo 3D option and select the channel using the selection box. 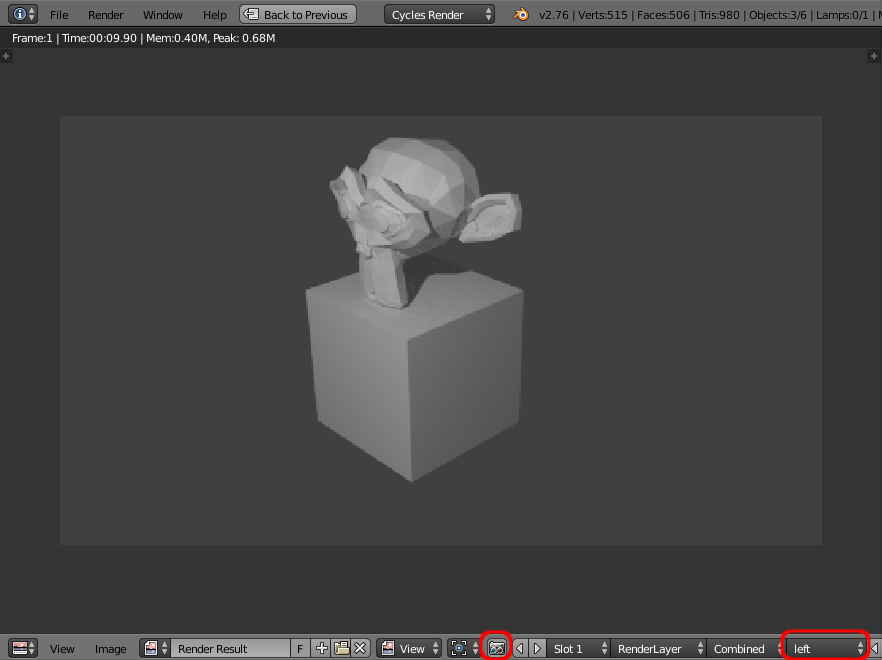 When rendering the animation you will now get multiple renders per frame - each will be produced with a filename including the camera suffix. For example, rendering to EXR :

The separate frames can now be used in the compositor using Image nodes with suitable filename and offset, along with logic to mix between them based on the frame : 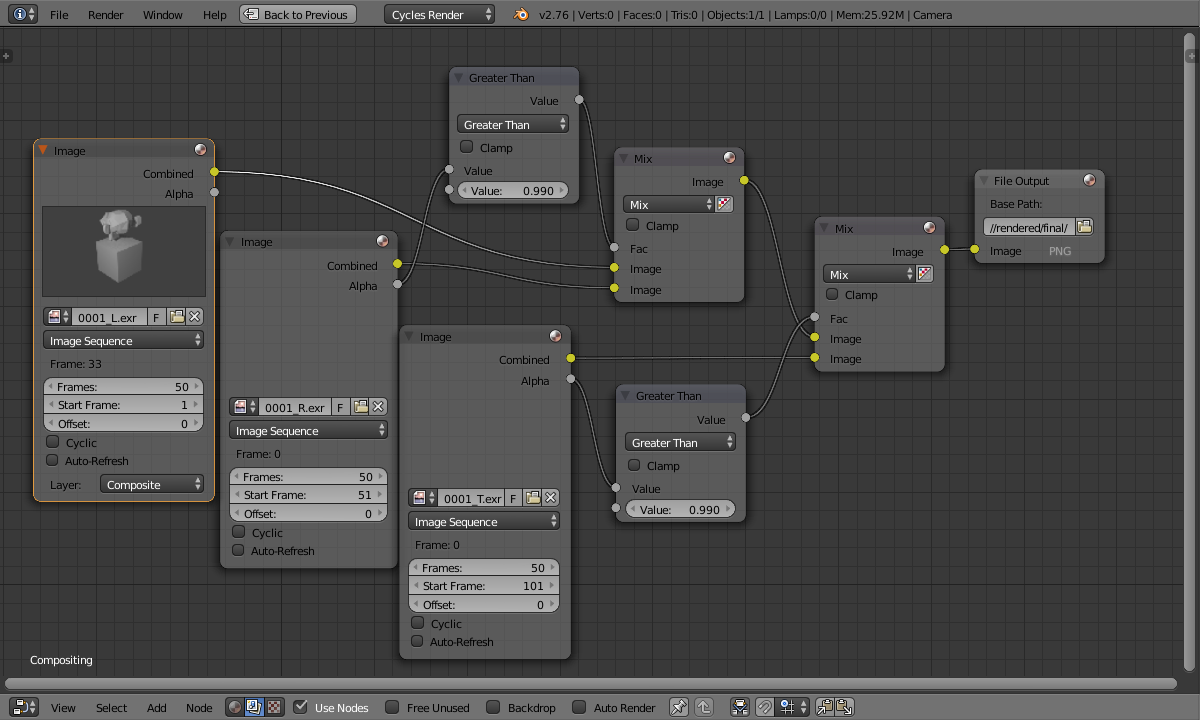 The compositor nodes have three separate images, each set with a different start frame so, in this case, the first 50 frames are using the first set of images (from one camera), after frame 50 the Mix nodes select the second set of images and after frame 100 the third set.

Here is the final result :

Note that Suzanne is only being rotated once through 360 degrees, but rendered from each camera and combined to show each view in turn.

Yes you could complete a pass then select and change the active object to the active camera, then render again.

Or you could place a series of Scene Strips in the VSE (one per camera) end to end. Open each Strip's properties panel and change the active camera attribute. The scene strip will always play from its embedded time value, starting at frame 1.

Be aware that switching the active camera in this way can also affect the compositor scene input node. So you would get better color rendition from this output (instead of the VSE output).

Not the answer you're looking for? Browse other questions tagged rendering animation camera or ask your own question.

1
Render multiple images simultaneously in blender from multple cameras
5
Render an animation with 2 different cameras but at the same time
2
Is there a way to batch render images from several cameras?
2
Render Multiple Images from Multiple Cameras Simultaneously
3
change camera into multi-view camera?
0
Changing active camera will yield an incorrect rendering (camera view not reflected)
1
How to create a render queue with different camera position?
0
render animation with multiple views of the same scene
0
Cycles - Render Limit of card?

2
Script skew camera in game engine
0
How to prevent unused cameras from playing their animations?
2
Rendering an animation in stages
0
Fluid Simulation problem, some frames render others don't
0
Smoke Simulation Not Showing in Camera
1
Copying exact position and pointing angles of a tracked camera with non-tracked camera
0
Multi camera for stereo
0
How to render a water simulation with camera tracking keyframes?
1
Only render Frames with Markers (one camera only)