I setup a simple animation nodes node tree to experiment with the animation of a shape key and a material node of an object (cube). This is the node setup: Although, as stated in the comments below, this does not necessarily seem to be an animation node related issue .. 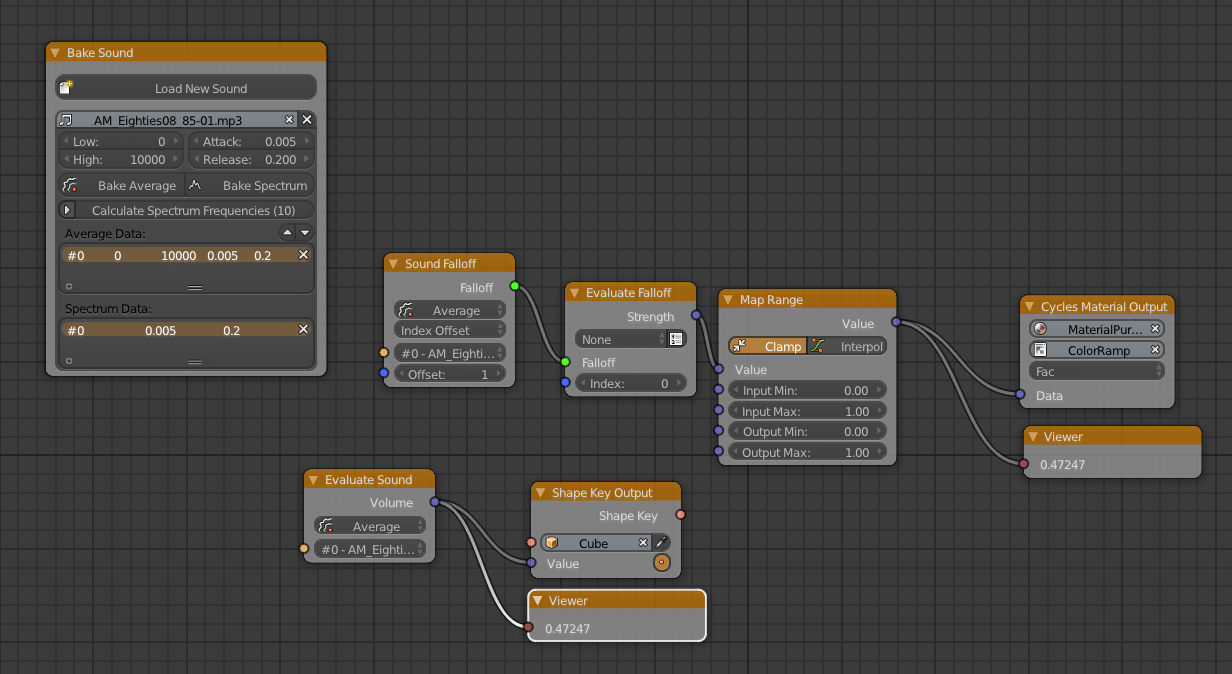 I added the sound sample in the video editor and then matched the animation end frame (140) to the length of the sound file strip. When I play the sound by pressing play in the timeline (still video editor) the sound exactly matches the length from start frame to end frame.

But when I change back to node editor and press play in the timeline the sound has already finished on a much earlier frame (like 87) but the animation will go on until frame 140 without sound.

I tried to tweak the all over fps value but with no success.. (and without knowing WHY exactly)

Any ideas what I miss(do wrong here? Thx ..

Some times when dealing with Audio files in blender, the viewport becomes slow due to some factors, however, the audio files is maintaining its speed and rate, so they go out of sync.

A possible solution is to enable AV-Sync, which dropes some frames in order to keep up with the sound file. Another solution might be to reduce the factors that are slowing down your experience.

Not the answer you're looking for? Browse other questions tagged animation animation-nodes audio timeline frame-rate or ask your own question.

3
How to get back to normal animation timeline after using NLA Editor
1
Video cut does not match preview
3
VSE correcting framerate without shortening strips or changing the speed of strips
0
How do I set FPS if I don't know what it is?
0
Play animation stuck