Why should I use an empty instead of just animating a model?

It seems as though if people want to animate a model (without deformations) instead of just animating the actual model itself, they parent the object to an empty, and then animate that.

Why is this? Is there a reason? It seems a bit redundant just in my opinion.

I think it is usually done to allow you to later swap the parented model with another one (maybe you start with a low-res then later switch to a hi-res), so that you don't loose the animation keyframes, because they're assigned to the empty, not to the model.

Otherwise, deleting the "old" model, you'll loose all its animation keyframes, and you would need to reconstruct the "new" object animation from scratch.

Maybe there are more or better reasons, but this could be one.

It might be redundant at times but it can be very convenient and fast.

For example the way I set up gears here: 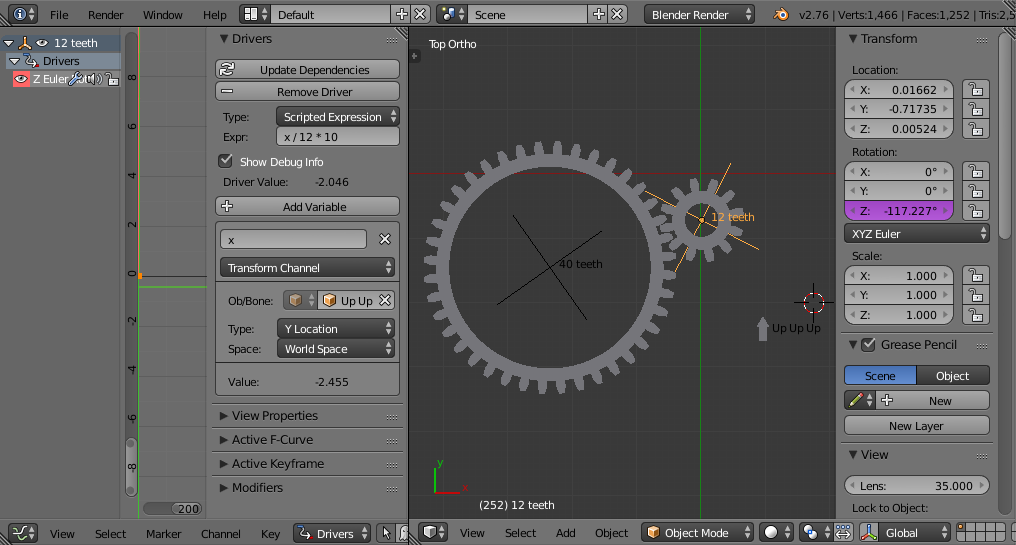 I choose to not drive the gears directly because it enables me to quickly synchronize them so the teeth match. I don't know a faster way. I could have tried to adjust it with the fcurve itself, I could have used another variable. Instead I just rotate the child gear a bit without ever changing the driver. It's easier to create any kinds of offsets.

Sometimes I just don't want my object origin at the center of rotation. And sometimes I want a nice and regular spin around an axis that has no notion of aligning itself to the local axes of the object. Call me difficult. 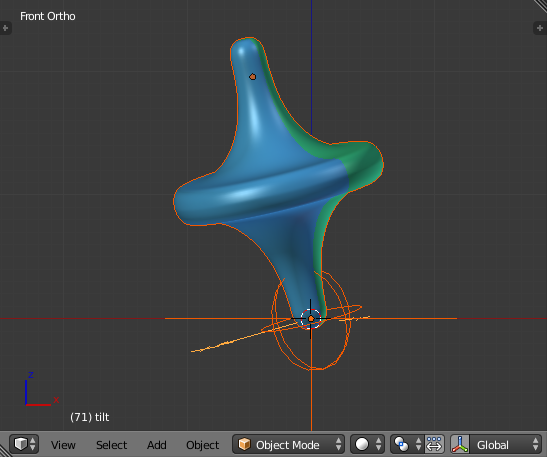 How do you animate the Inception spinning top?

Empties are useful to single out an axis. Imagine the earth. It's spinning, but it has a tilted axis AND it is also precessing, the axis itself is rotating plus maybe a tilted orbit. If you give those movements their single axes, it's much clearer which part does what (you can label them in the 3D-view) instead of diving into fcurves and having to remember rotation orders. Less math knowledge needed. In team projects it's a good thing to keep things transparent in case someone else has to take over.

Easy to use and easy to understand sometimes beats the most elegant and compact but obscure way.

m.ardito's point is strong, too.

Okay, You are a You... Maybe a Parent wants you to be someone else? So, they change you... Hmmm could work or not. But, if they give you an Empty and change the Empty then the Empty can be deleted and you are still you :)

Not the answer you're looking for? Browse other questions tagged animation workflow parent or ask your own question.

3
How do you animate the Inception spinning top?
3
How well does Blender Rigid Body physics translate to real life

3
animating transformation of one object into another
6
Why are modifiers not applied to child objects?
6
Animating creation of a model?
2
Unparent object but keep animated properties
1
How to animate characters sliding?
1
Clear Parent and Keep Transformation
1
Subsurface Modifier on a cube versus just adding a sphere itself
0
Limit to number of parents an object can have?