Volumetric lighting is not showing in camera view

I currently have a camera inside a box that has a volume scatter node connected to the material outputs volume. I got my lighting set up (just a lamp) and gave it a view port render not in camera view. the lighting was showing up and it looked great. I then looked at it through the camera and the light didn't show up. So, i did my best to figure out what it was. After multiple observations, i realized this was because when my camera is inside the box, the faces of the box are facing the wrong direction. so where ever i move the camera, if there is any dark shading on the faces, the light wont show up there. So i thought, ill just flip the faces. But, now the volume scatter was being applied outside the box. My goal is to have no problem with this.

Here is the view port (this shows the two different shadings of the face-black and grey- in the next picture you will see how the grey shaded area, for some reason, wont let the light be visible to the camera) 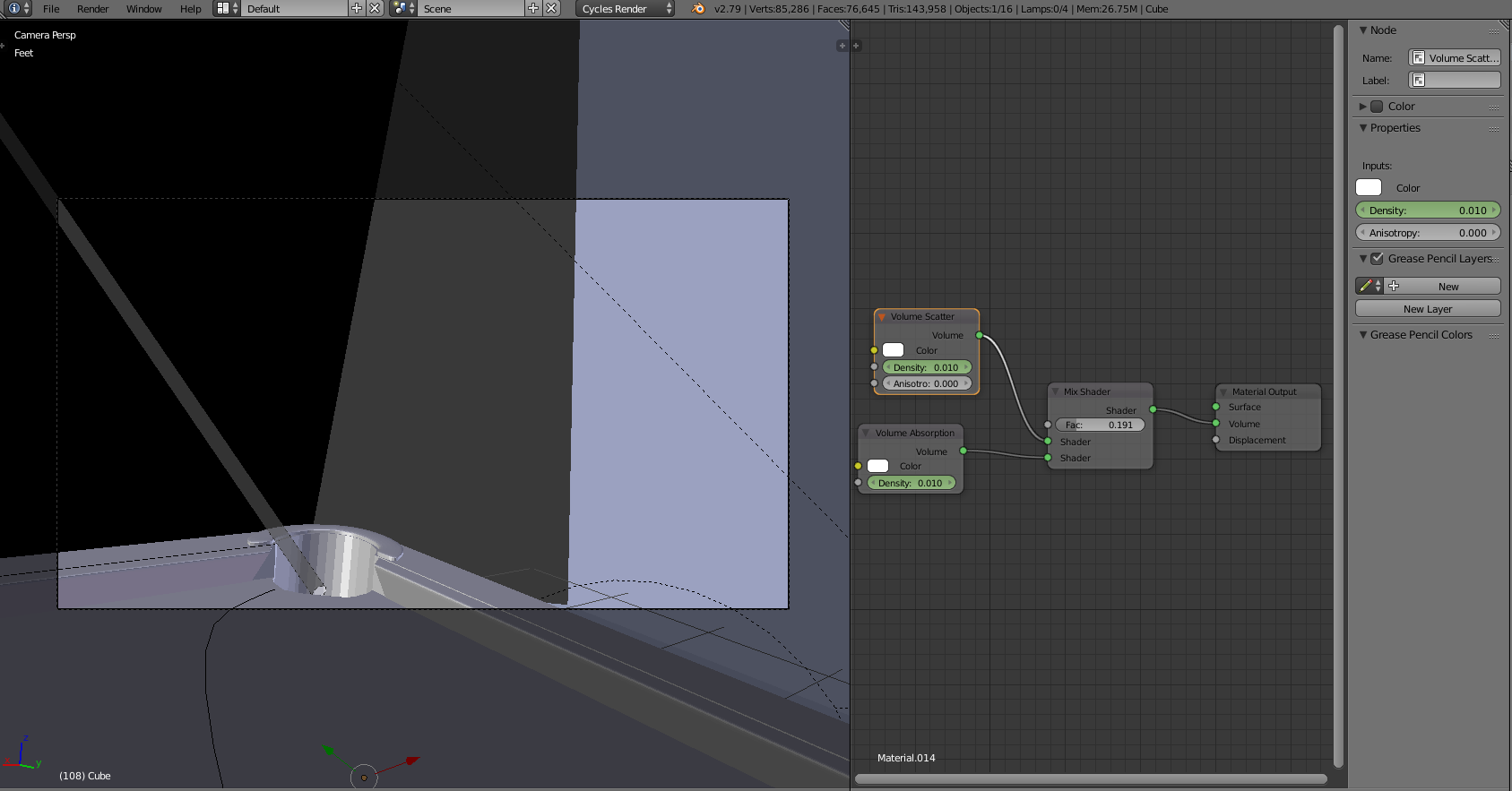 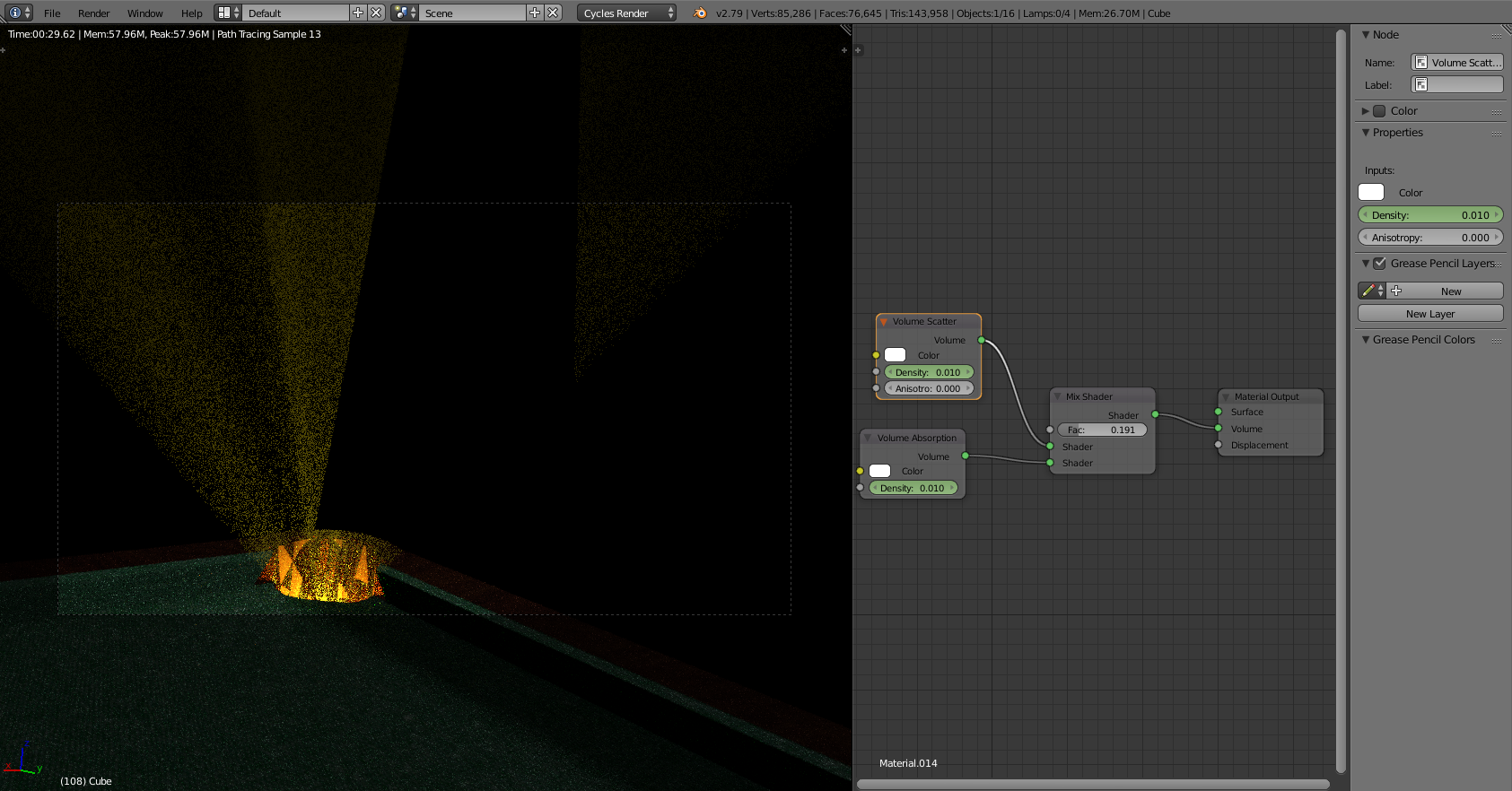 This is the position of the camera... 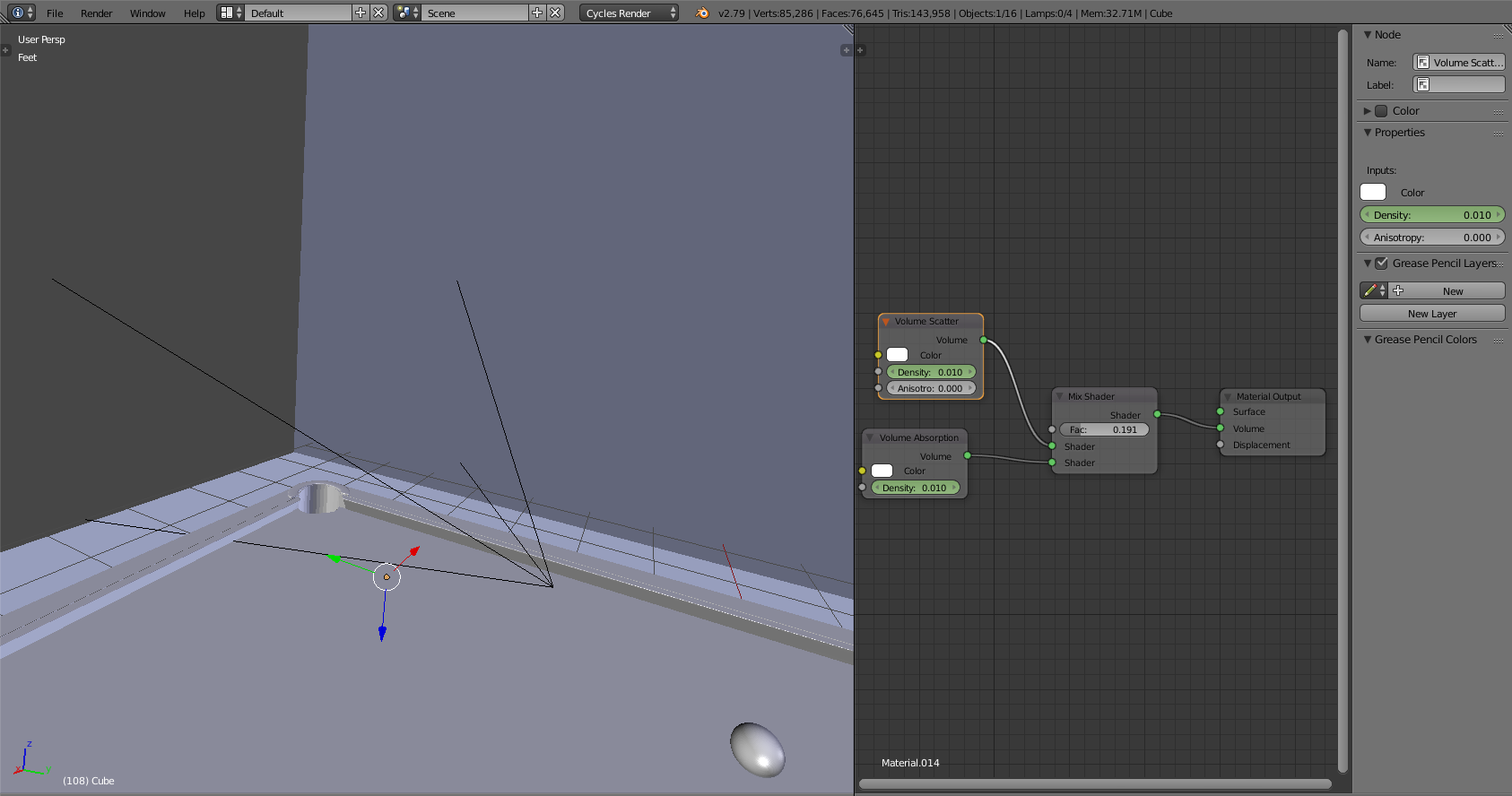 This is the position of the cube... 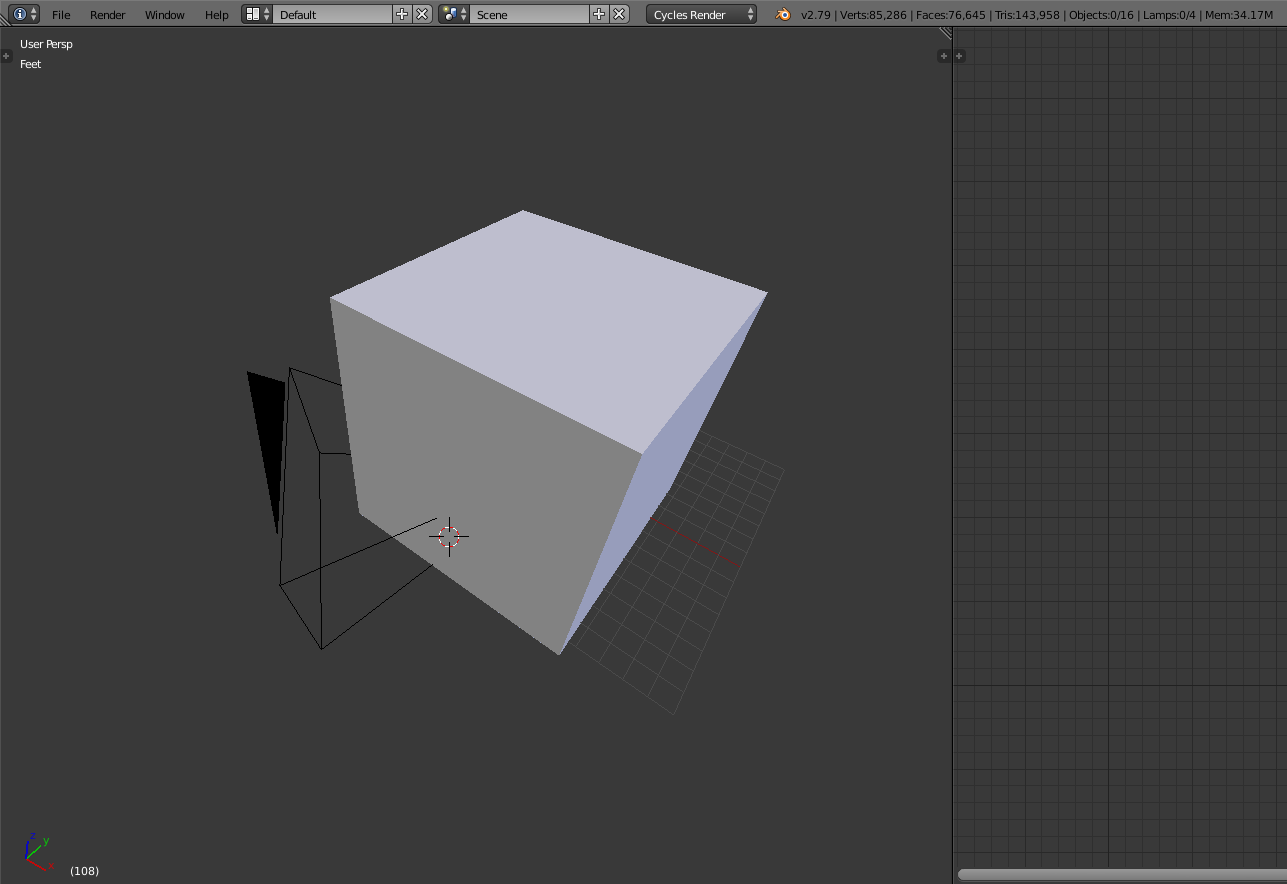 After going into edit mode and selecting the face of the cube (with volume scatter applied to it) that appeared to have the problem, I realized the camera isn't seeing part of the cube which i'm guessing is causing it to think there should be no volume in that area. 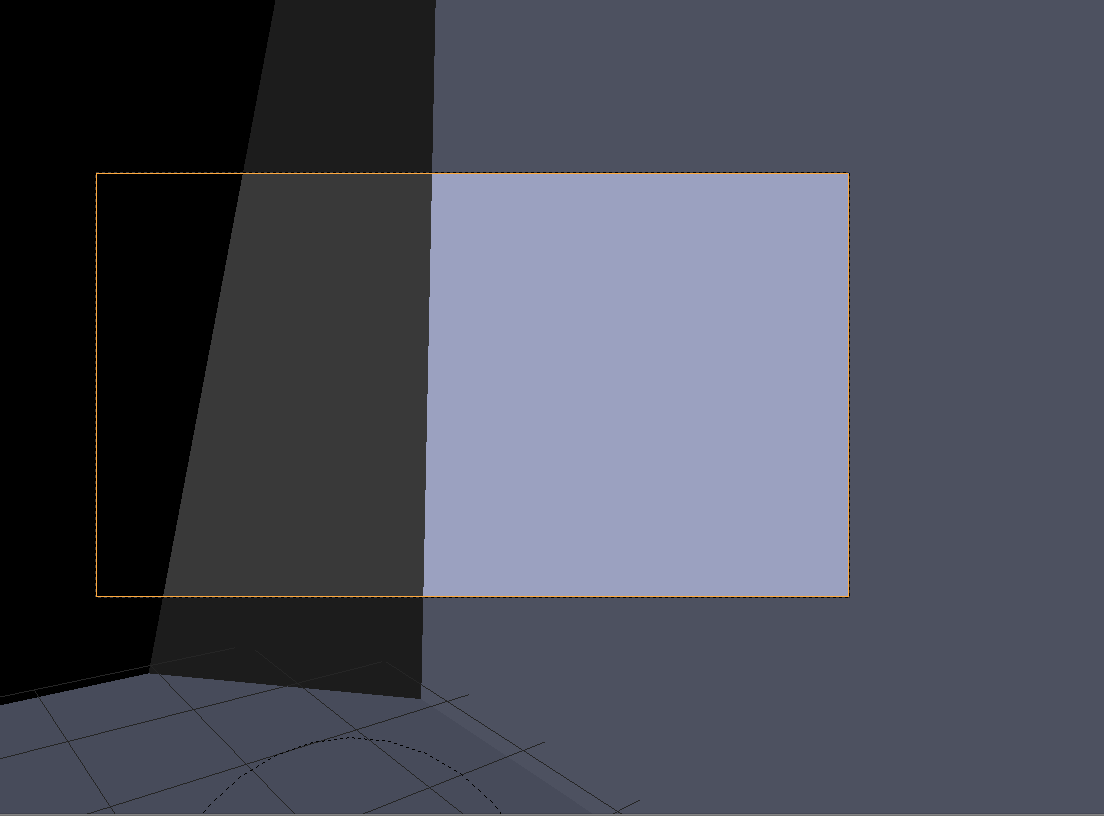 I decided to move the camera so i could get a better look at things and find if a different position will solve the problem. It did not solve the problem, but it lead me to see something odd happening with the shape. By the way, the gray shape is not an object. 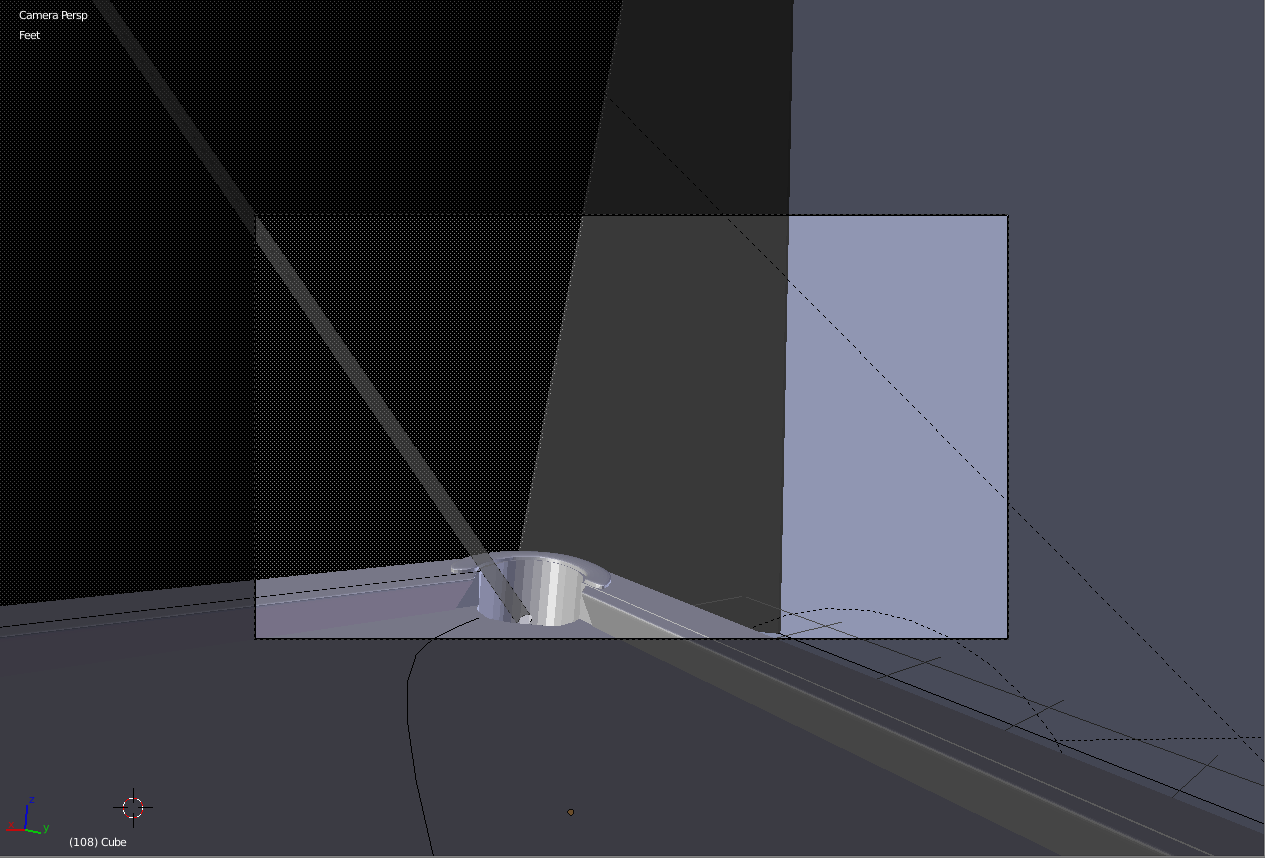 Select your camera in order to change your render settings. Change the clipping end to a bigger number.

Not the answer you're looking for? Browse other questions tagged camera shaders faces volumetrics lighting or ask your own question.