The scene has two selection texts saying "Selection (1)" and "Selection (2)". The red circle on the left should be used to make a selection with the keys (up/down).

I tried to implement that logic in the Game Editor which I thought shouldn't be to complicated.

The logic in one sentence: "You can only press up/down if the user has pressed the opposite key before." This is the first project I'm doing with blender so I took a look at the documentation and added the Keyboard sensor which is working fine. But I struggle to implement the logic constraint. I tried to use the "Property" sensor but I don't know which values for Property are valid and the documentation on blender does not contain an example: https://docs.blender.org/manual/en/dev/game_engine/logic/sensors/types/property.html 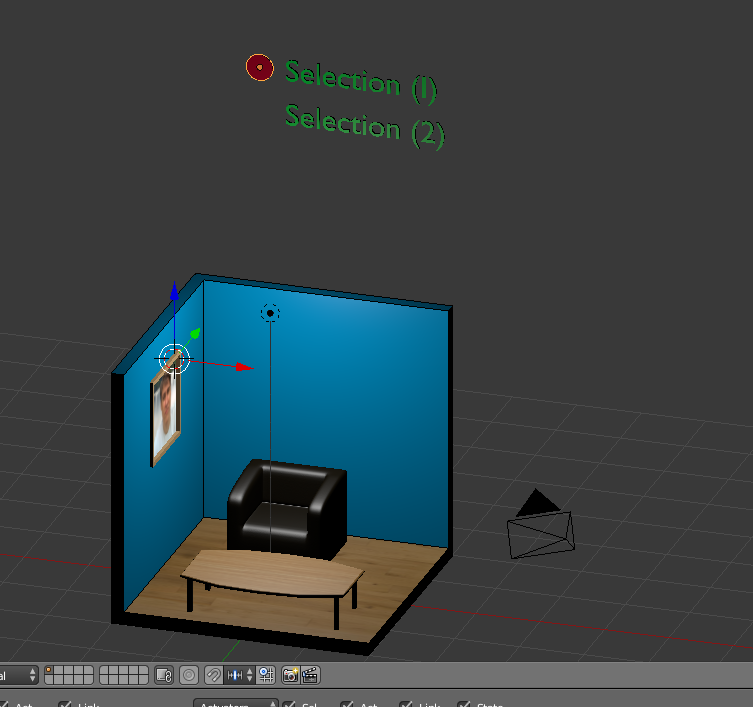 It turned out that the properties are not the custom properties of the object - more like variables on the right side of the logic editor which I didn't see because the view was to small.

Not the answer you're looking for? Browse other questions tagged logic-bricks or ask your own question.

1
in Game Logic, can Object A use Object B's sensor?
4
Is it possible to have a property sensor detect a value higher or lower than a specific number?
0
Copying logic bricks causes acts strange in the logic editor
0
Collision sensor triggering when property is near?
1
property timer value
0
logic editor: delay sensor activates too soon
1
Game Logic and the delay sensor: how to make “delay” a random number
2
combining objects in logic editor