I'm looking into the Blender Video Sequence Editor to create animations out of existing sequences of images. The image sequences are generated with POV-ray. I've downloaded Blender 2.79, I run W7 64-bit.

What can be the cause of that change of color, and is there a way to prevent that from happening? 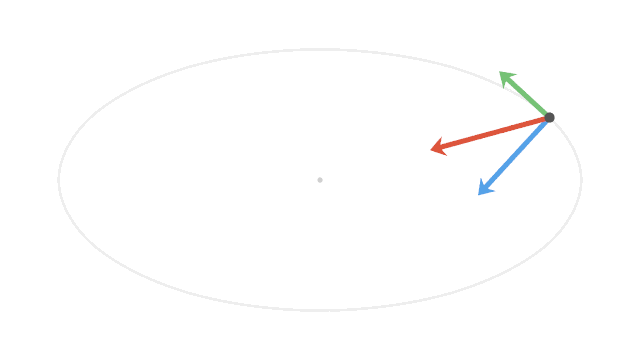 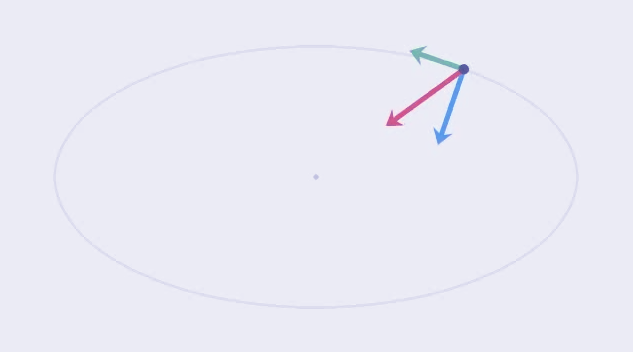 For rendering settings I followed as much as possible the recommendations in the VSE tutorial series by Mikeycal Meyers.

Mikeycal Meyers recommends for the 'encoding': Xvid, and the dropdown menu does show that option:

Note that after clicking on the option 'Xvid' the text displayed in the 'encoding' field remains 'presets', so it is unknown whether or not Blender has accepted the 'Xvid' selection.

I have zero knowledge of which 'container' setting and which 'codec' setting will suit my purposes. I chose 'mpeg-4' pretty much at random.

I assume that all the shots that are to be combined into a video must be rendered with the same codec. Since some of the shots will be camera shots I assume the codec that is to be used needs to be a general purpose codec rather than some special purpose codec.

What can be the cause of the change of the background color? Is it perhaps something that the Blender VSE has done, or is it perhaps an artifact of the codec that was used (or perhaps a combination of both)?

Is it perhaps the case that the codec that was used is not designed to preserve color? I did expect the type of barely noticible color blurring that you get with jpeg compression, but the sweeping change of background color comes as a total surprise to me.

Since multiple difference image sequences will be incorporated in the final video it is essential that the background color is absolutely consistent, otherwise there will be a jarring change of background color going from scene to scene.

[LATER EDIT]
Let me try and upload a screenshot of the full window.
(I have a dual display setup, with both displays in portrait orientation)
For this first test this is the current screen layout. 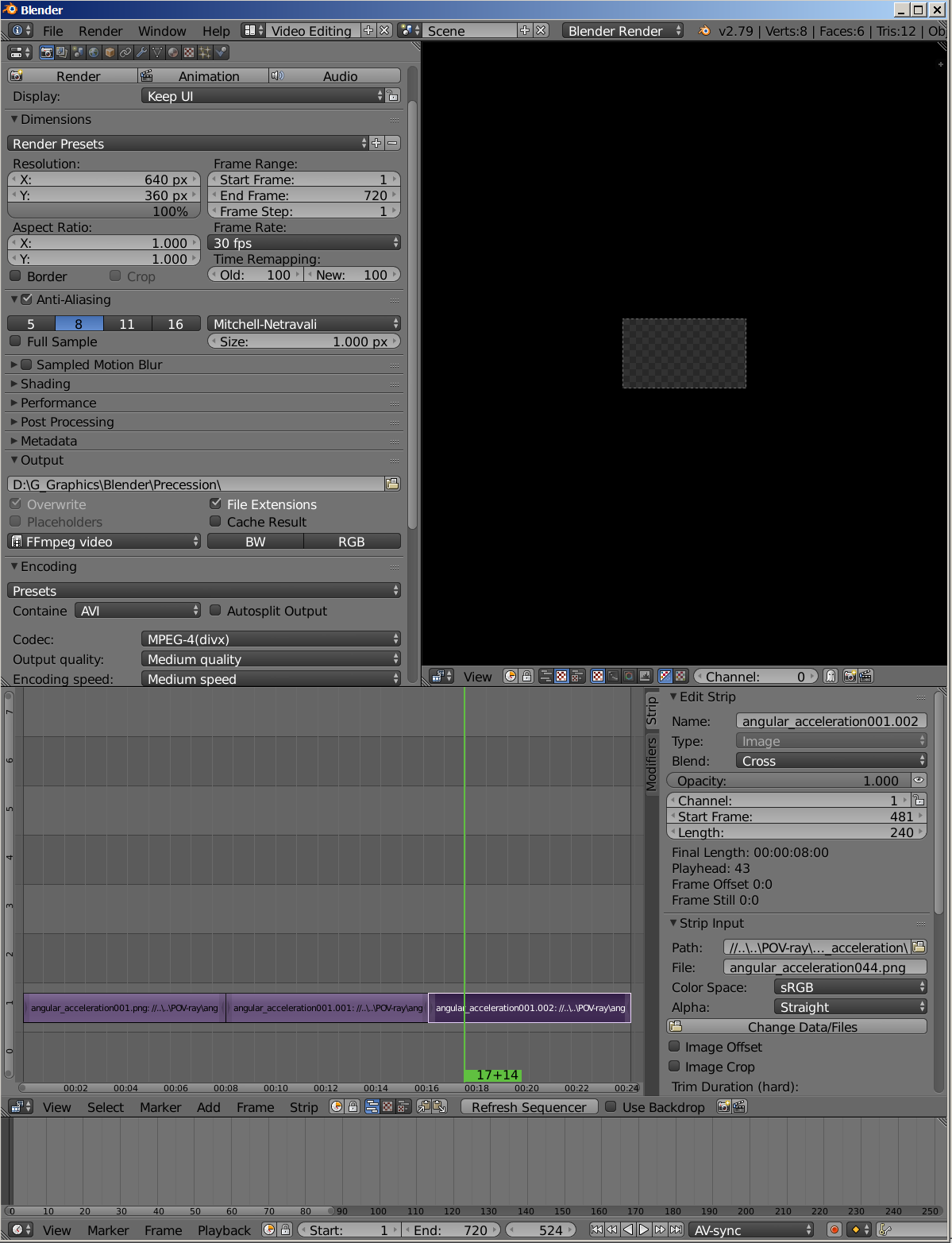 [LATER EDIT]
I gave Blender a good night's sleep, and after restarting the computer and restarting Blender I noticed something had returned that was gone the previous session: a video editor preview. (See the screenshot of the full Blender window: only a checkerboard pattern, but no preview.) 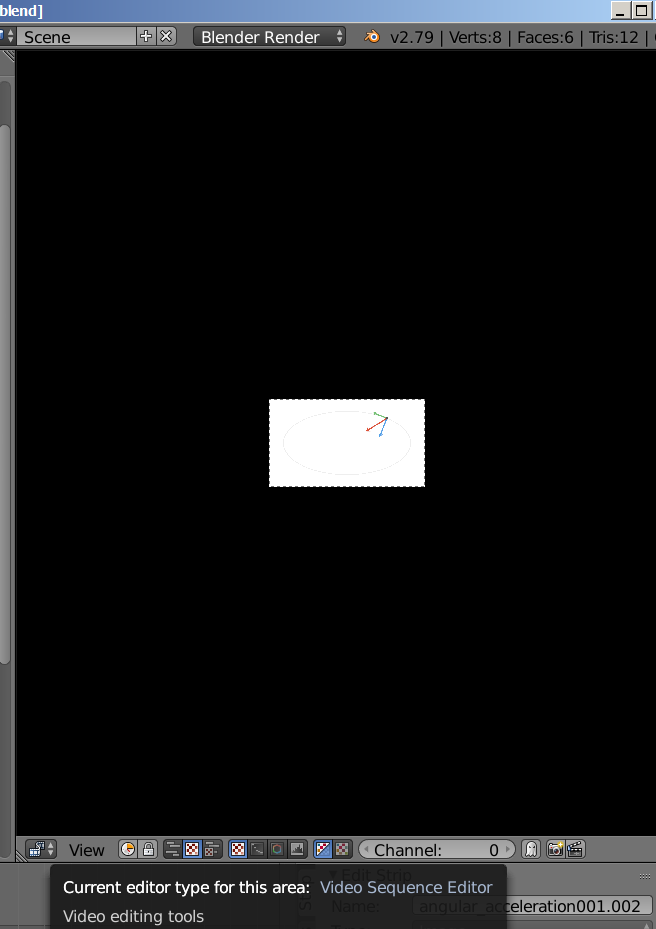 When I drag the vertical green line in the video sequence editor the preview displays the corresponding frame from the source image sequence.

It now appears that I was wrong in suspecting this was something going wrong in the stage of rendering from image sequence to video. That is, it doesn't seem to be a Blender problem.

Timeline of my efforts:
I had viewed the rendered video with Windows Media Player, with Firefox, and with VLC player, same background color in each. With these three players giving the same result the error seemed to be in the video file itself.

For comparison I downloaded and installed Openshot video editor. Rendered a video (displayed with the same wrong background in the three players), then re-imported that video in Openshot. Then in the Openshot preview display the background color was correct: White.

Next I transfered a Blender rendered video to another computer, played it with VLC player, took a screnshot of a still and checked the background color, came back as RGB(255,255,254).

All of this indicates that the root of the problem is some misconfiguration of my graphics card. Somehow display of the video goes wrong for each of the players that I used : Windows Media Player, Firefox, and VLC player.

While I don't know how to address the misconfiguration problem, it's pretty clear now that it never was a Blender problem.

Not the answer you're looking for? Browse other questions tagged video-sequence-editor color-management or ask your own question.

1
Clean up video in VSE
3
Loop animation of an imported image sequence in the video sequence editor
3
White background turning grey during video creation
1
VSE: How do I speed up playback in the video preview?
1
Imported image as plane does not have accurate colors