How do I extrude inwards instead of outwards? 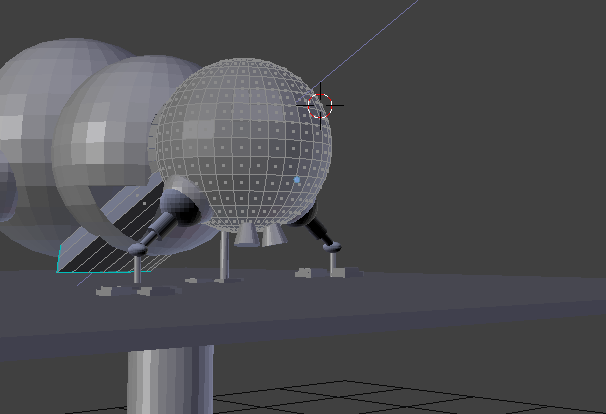 How do I extrude something inwards instead of extruding it outwards? 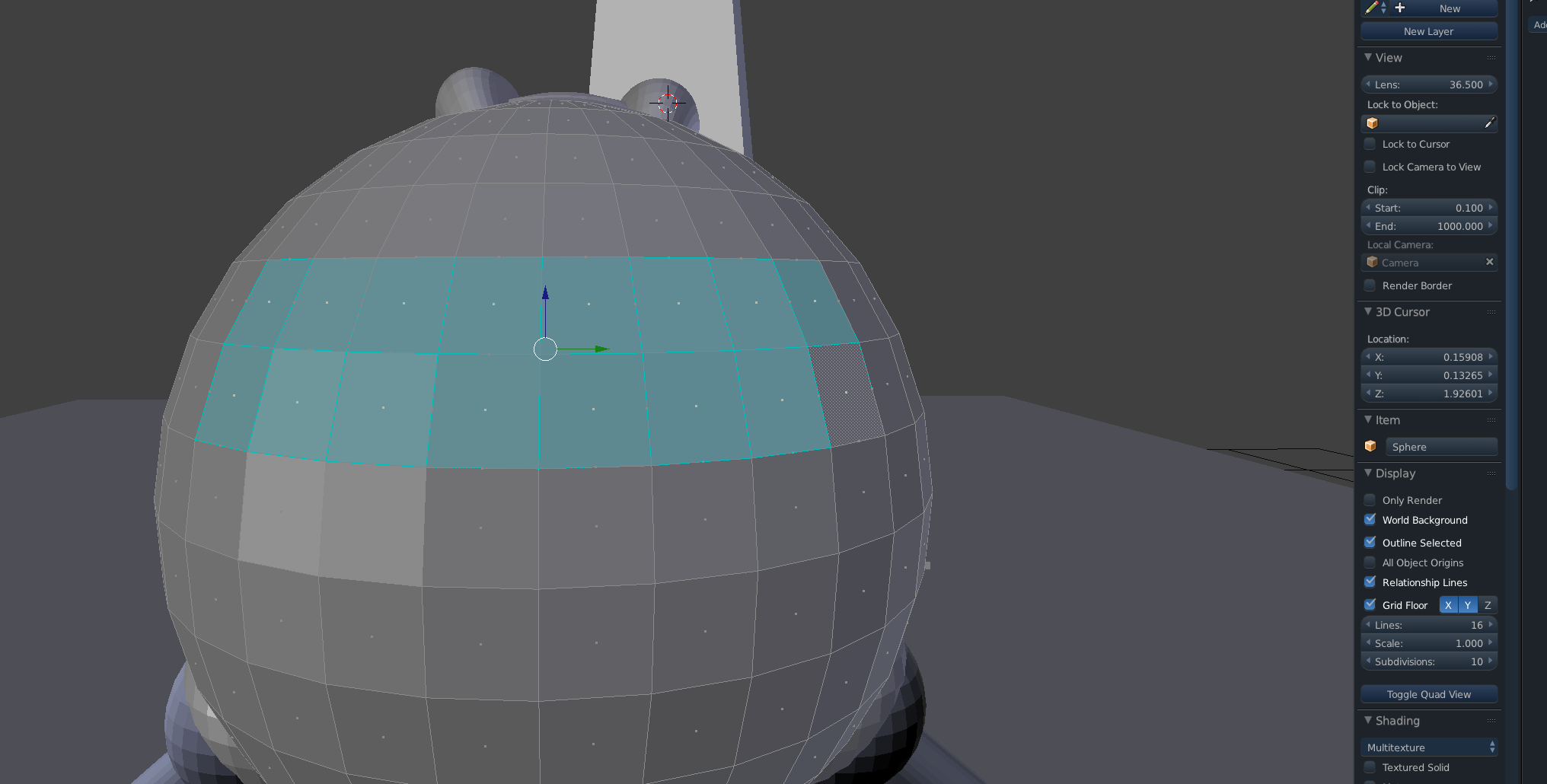 First of all, you select the faces you want to extrude, then press E to extrude and simply drag inward, if you want to inset instead (second picture) press I and then scale by dragging with your mouse. Remember that instead of dragging, in both cases you can type a number so that you tell blender the "amount" of that action that you want. See the pictures below for the differences. 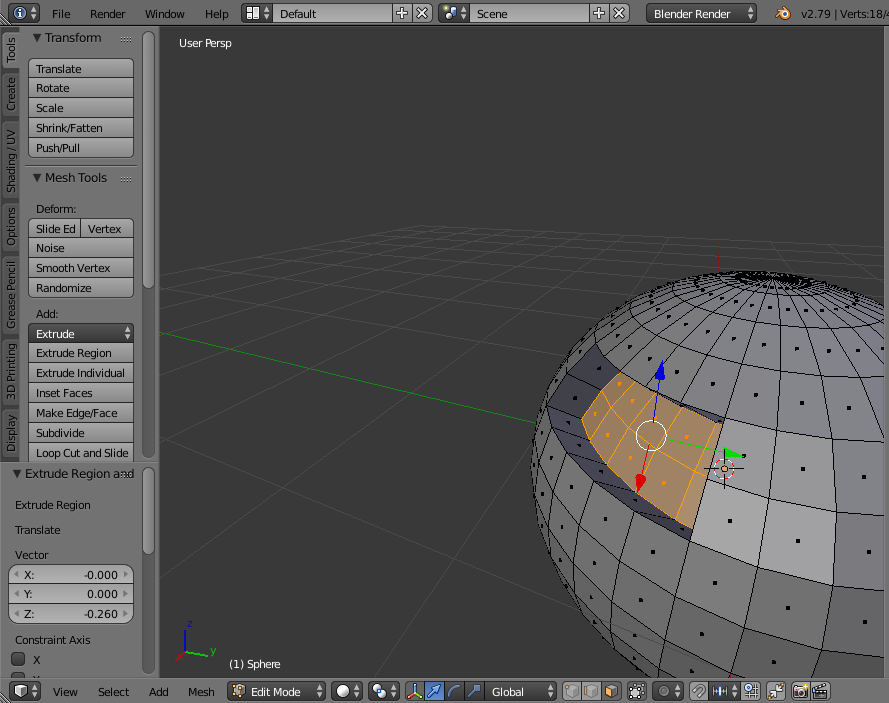 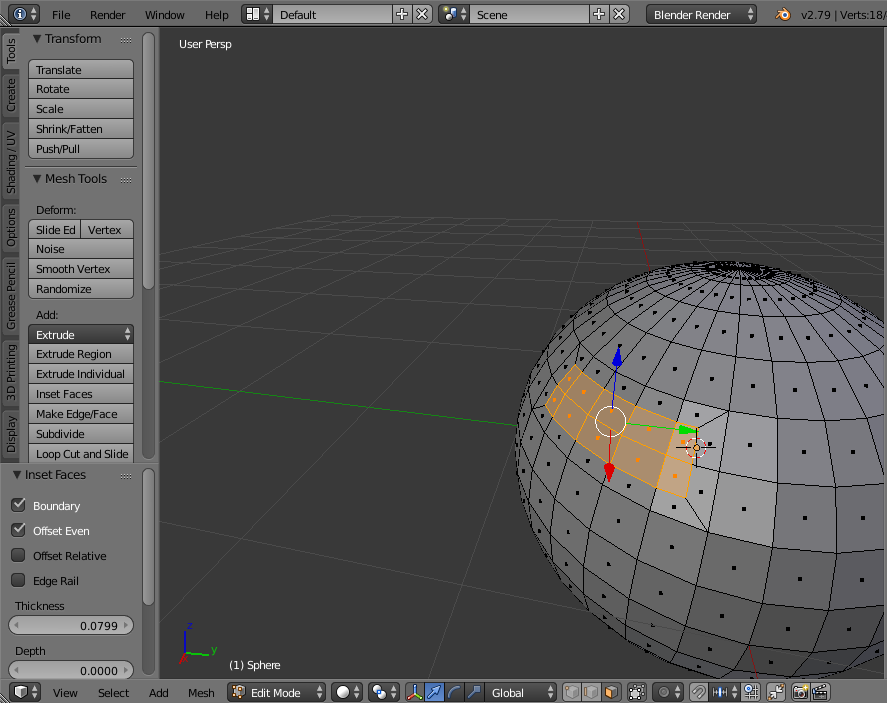 When you make an extrusion of a region of faces, the default direction for the extrusion is in or out along the average normal of the faces in the region, depending on the direction of drag.

When extruding a ring all around a sphere, (these spheres are Z-up) the first example below shows the faces moving in the direction of their average normal.. not what you want.

The way Blender gives you more options is:

The second example shows the result of using AltS, (shrink / fatten) after right-clicking.

The third example shows the result of SShiftZ (scale in XY, not Z) after right-clicking.

Note that you can get a result just like the second example by using AltE instead of E, and choosing 'Along Vertex Normals'

1
Curve Bevel going outwards not inwards
21
How to extrude inwards without leaving faces?
7
What is the fastest way to do a cut extrude / inward extrude?
3
How to extrude outwards?
0
How do I extrude only a small portion of a face?
2
How can I extrude all faces evenly and scale faces inwards separately?