Why does inserting a new keyframe effect previous keyframes?

I'm new at the Blender animation thing and having a problem where my objects will move without me telling them to.

I start at 1, adding all my objects to the first keyframe as a starting point. 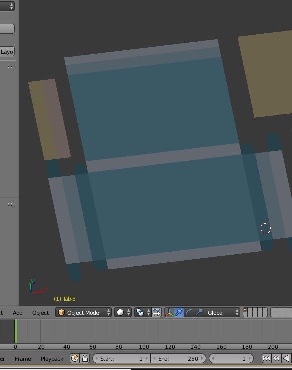 Then I rotate a few objects, and make a second keyframe at 25. I use the timeline editor to play the animation, and everything works great. 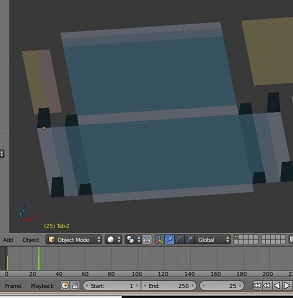 So I move on, rotating a few other objects, and making a third keyframe at 50. This is where everything breaks downs. The keyframe at 50 looks great, but when I go back to 25, everything has moved. 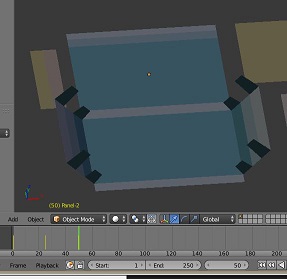 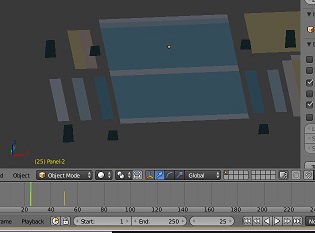 All the objects are suddenly way spaced out from each other. Why would creating a third keyframe ruin the first 2?

I am guessing, but here's one problem. Have you parented the objects properly so there are object origins or, ideally, empties where the rotations take place? Because I guess you haven't just rotated stuff, you have also moved it even though you didn't mean to.

Blender doesn't remember around what you have rotated objects. Sometimes it rotates around the cursor, sometimes around a common selection center. For key frames, that is irrelevant. Key frames only care about the object origin mostly. When you rotate more than one object, it's almost always also movement.

If you don't use armatures, put empties where your box is supposed to fold and create a hierarchy of parents and children. That way you can rotate the inner part around the empty and all other parts will follow, even if they're not animated. 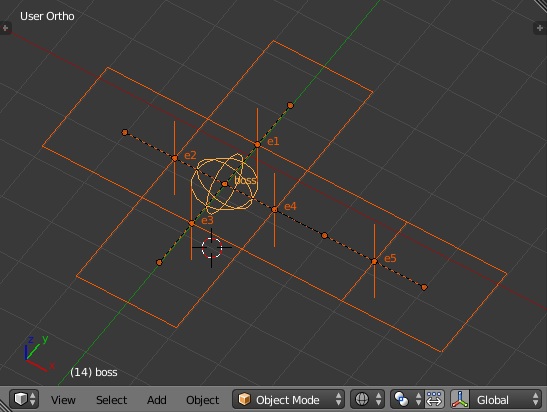 The sides of this unfolded box are 6 separate objects, similar to your setup. I just used a lot of empties as well.

Boss is the main empty. If I move that, all others follow. e1 - e4 are all parented to boss and e5 is parented to e4. If e4 is rotated, e5 behaves as if glued to it.

The empties may be invisible, but they're handy pivot points and all the faces are parented to the empties, so they move with them. That's the result when animated:

You could achieve the same with bones. Then you could model your box out of a single mesh and deform it by posing the bones. But empties are fine, too.

1
Keyframes Disappear
3
How do I alter keyframes for a new framerate?
1
Keyframed object jumps instantly from one keyframe to next or not at all
1
Keyframes aren't working correctly
0
Objects are not retaining original location in animation?
0
Inserting rotation keyframes
1
Why does inserting a second keyframe make blender overwrite the first keyframe?