Use all Objects in a Group as Object input (Animation Nodes)

I am using a node tree that takes an input object, and generates a new object based on data from it (see here for the exact use case).

I want to apply the effects of this node tree to more objects without having to copy the nodes for every object. I want to be able to control which objects go through it with a Group or List or something similar so I can control what's in and what's out. The output objects need to remain separate from each other. It should not have all the output meshes go into the same object.

Is there a way to input multiple objects from a Group, other otherwise make a list?

Lest say you have a list of n number of inputs objects, then your node tree will output n number of objects. So, you should create n number of empty objects using the Object Instancer Node, loop over the input objects and write the data of each iteration to one of the empty objects you created.

Lets use the node tree from the question you linked as a study case, the output object is a curve object, so we create 3D Curve typed empty objects using the Object Instancer Node, loop over the inputs objects and the empty objects, do what ever you want inside the loop and write the data into the empty object: 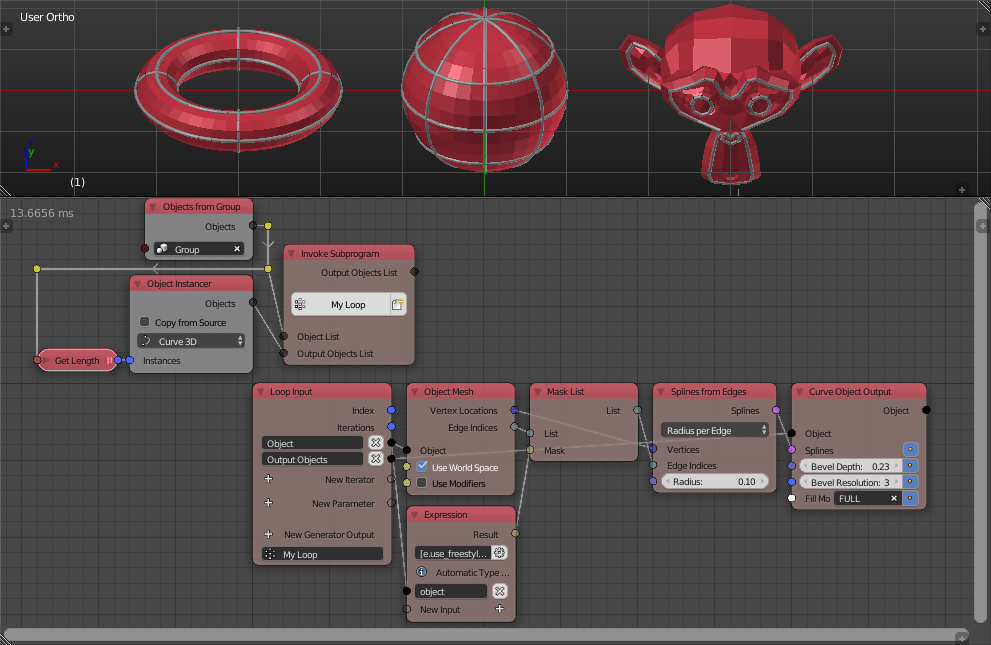 Notice that the main part of the node tree is almost left intact. It is particularly helpful to output the new objects, and since they are used as iterators, we can use the Use X as output option in the loop advanced node settings: 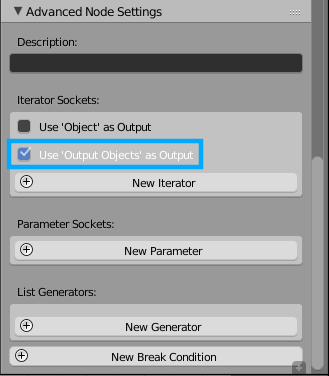 Had my output data be meshes, I would have choose mesh objects in the Object Instancer Node. You get the point.

Not the answer you're looking for? Browse other questions tagged objects node-editor animation-nodes groups or ask your own question.