I would like to use the collision and the cloth modifier to fit perfectly the shirt and the pants (created with adobe fuse) to the body of my character. I've created the character with the manuel bastioni lab 1.6.1 without IK and with muscles. After having created and finalized the character,I've imported a BVH file. So,with the character in rest position,I've added a collision modifier to the body and a cloth modifier to the pants and I've clicked on the "play animation" button but it didn't work : the pants become shorter as long as the animation goes forward. I've attached some pics to show you...

collision modifer added to the body : 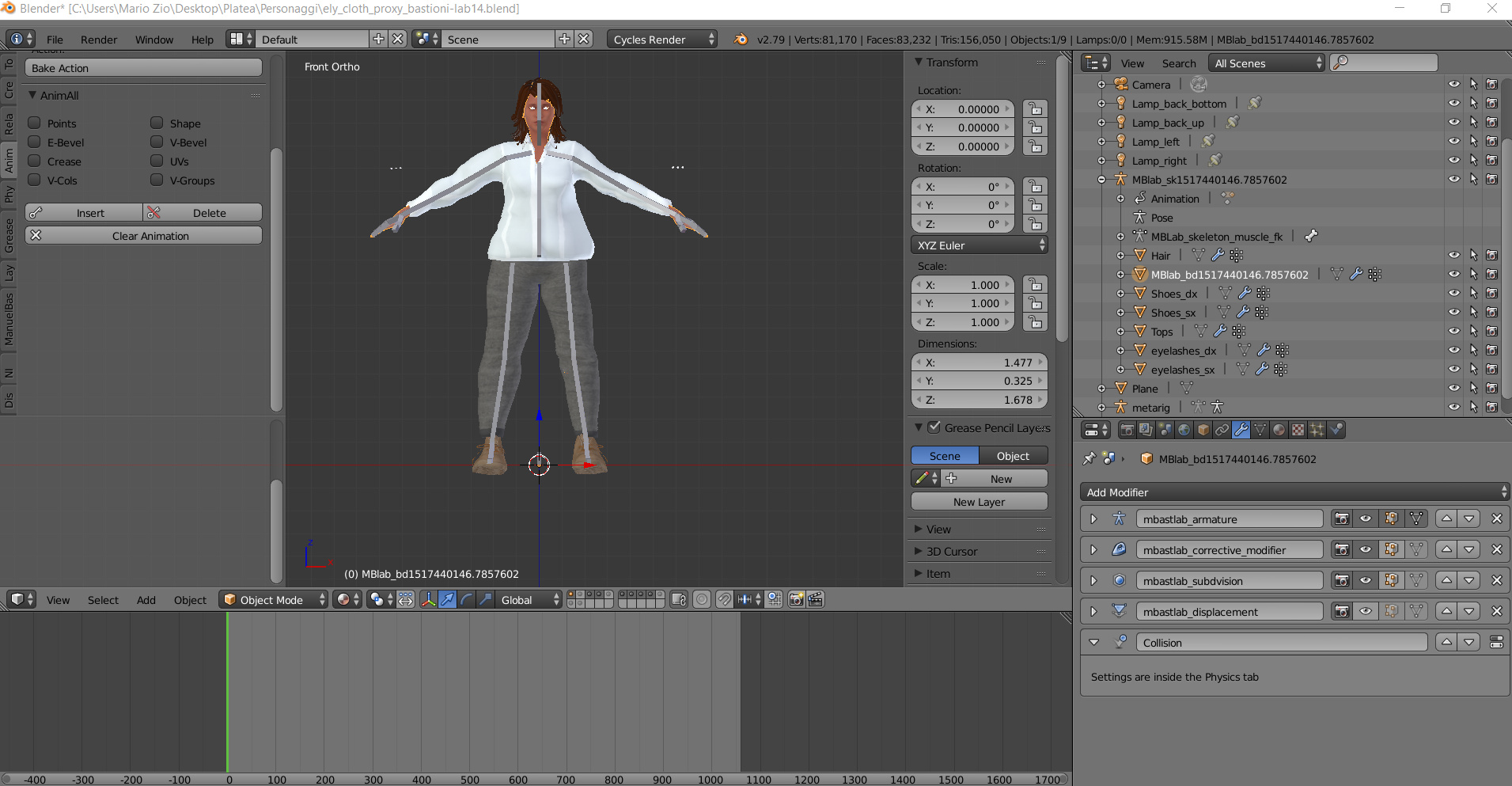 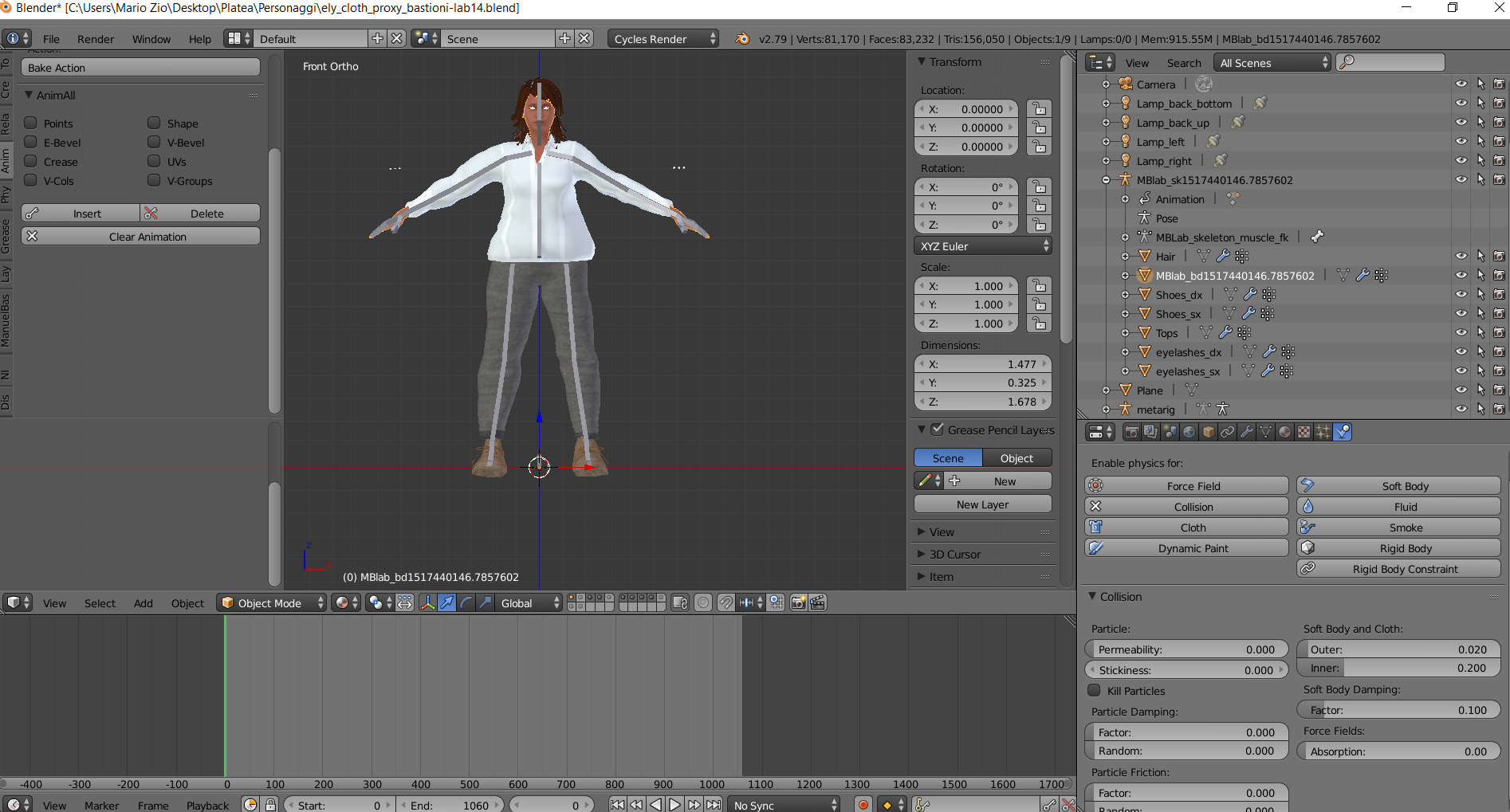 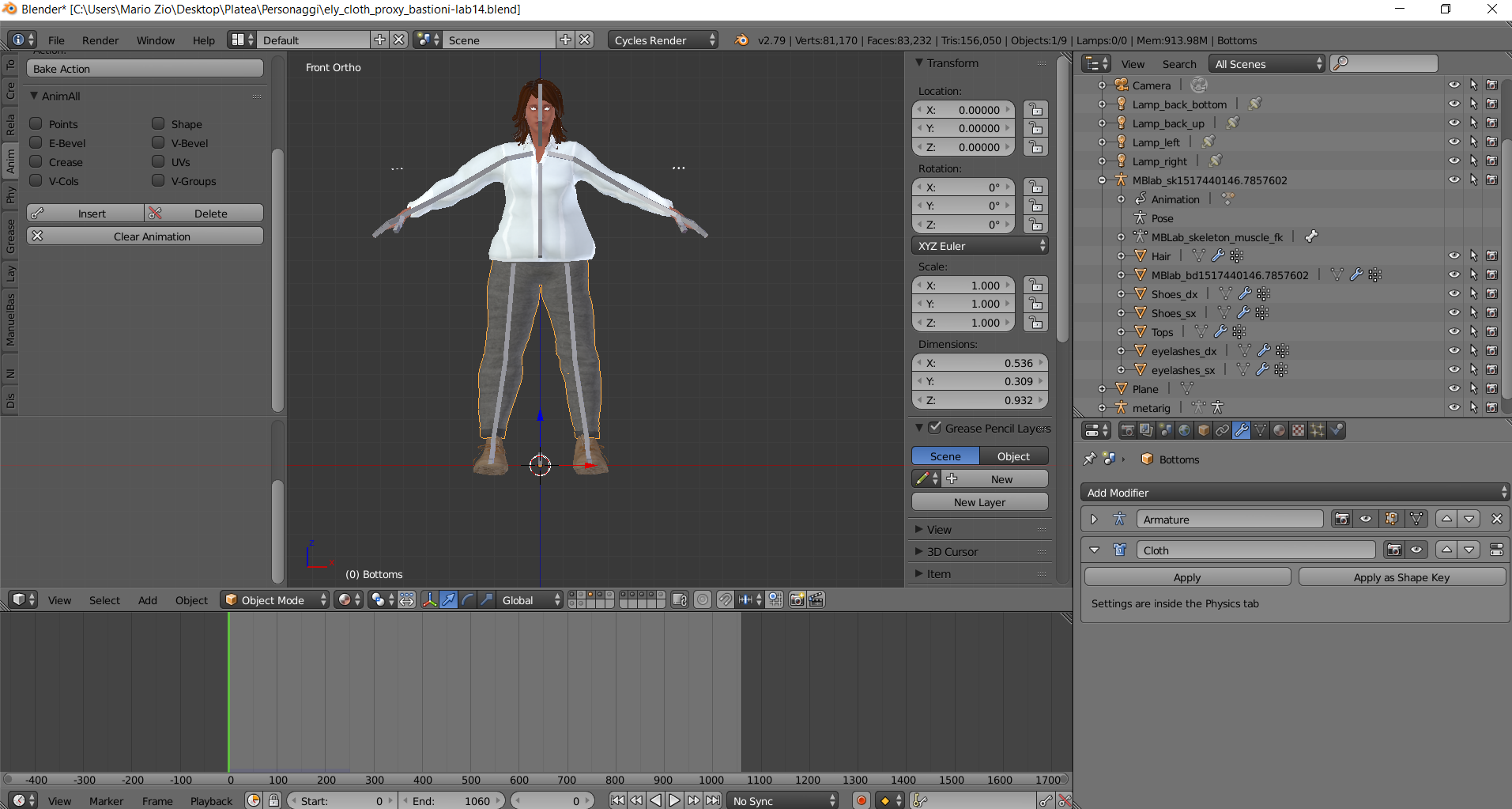 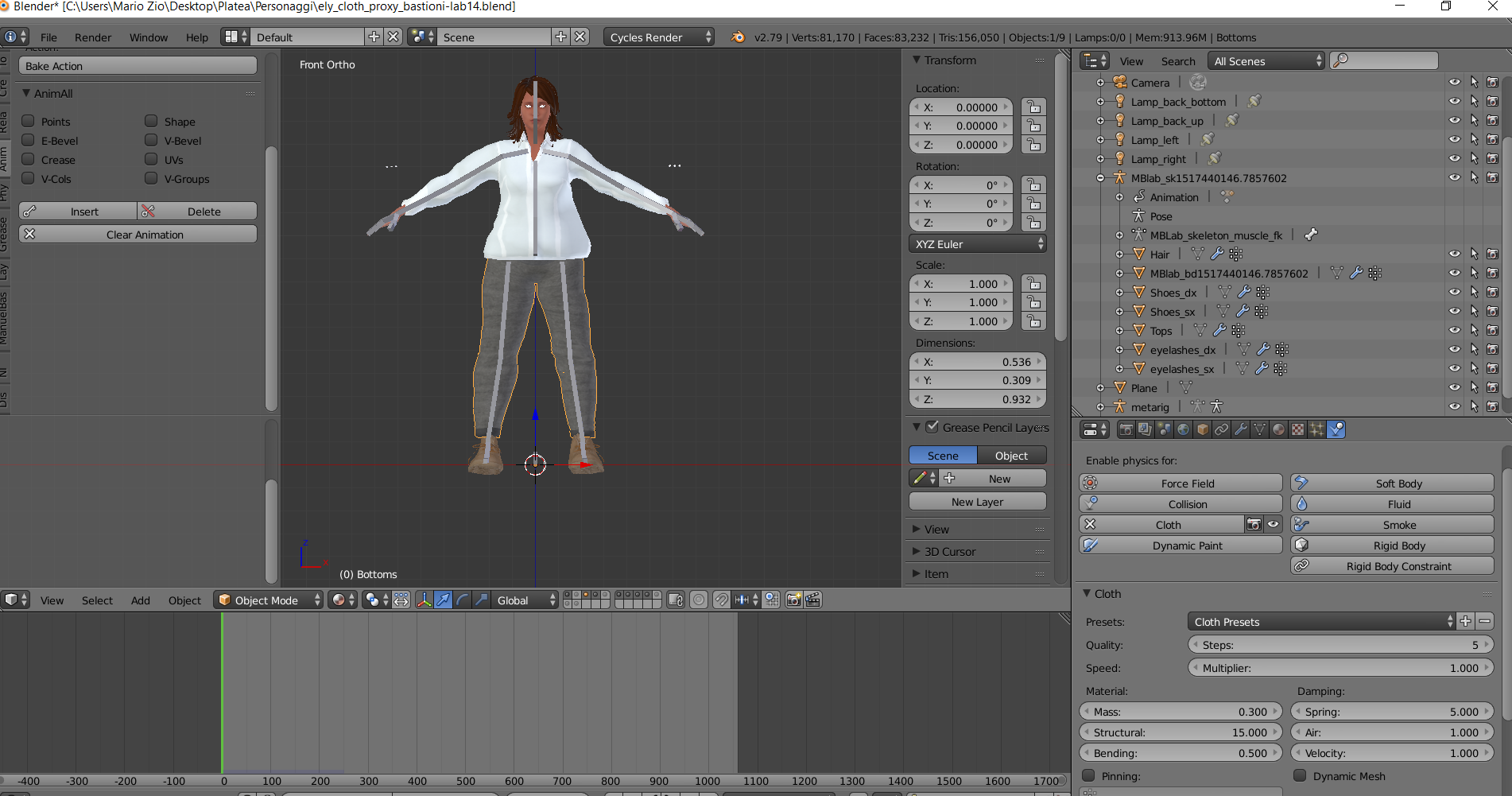 This is what happens : 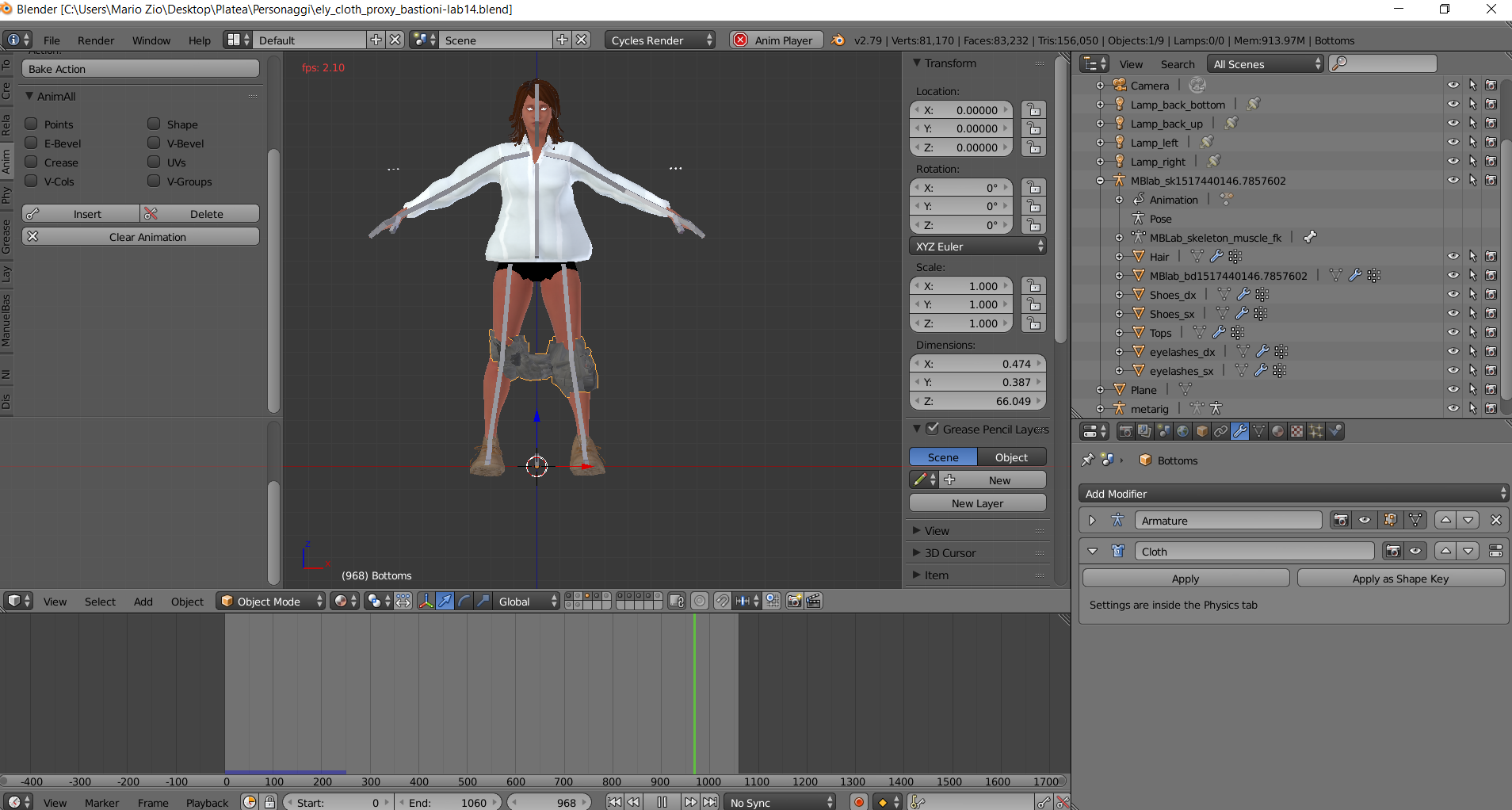 4
animating a body and having it effect cloth
4
How to prevent a cloth from entering another mesh?
1
Cloth sim; Cloth Pin and Self Collision making very bad/weird behavior?
3
Self-Collision not work well
2
Manuel Bastioni lab and soft body simulation
2
Blender 2.8 Clothing collision with other object overlapping
0
Why the cloth penetrates collision object?