When I add a loop cut I get this cross hatching effect. If I add one to the other side as well, then the whole object gets that effect. I've tried changing the shading from flat to smooth, and back. I've recalculated normals, I've removed doubles(0). It doesn't seem to affect the render at least, but i'm not sure if it'll affect anything else like the materials. Or is it just a random glitch that wont do anything else. I've restarted my blender and it didn't take it away either, so I'm lost. 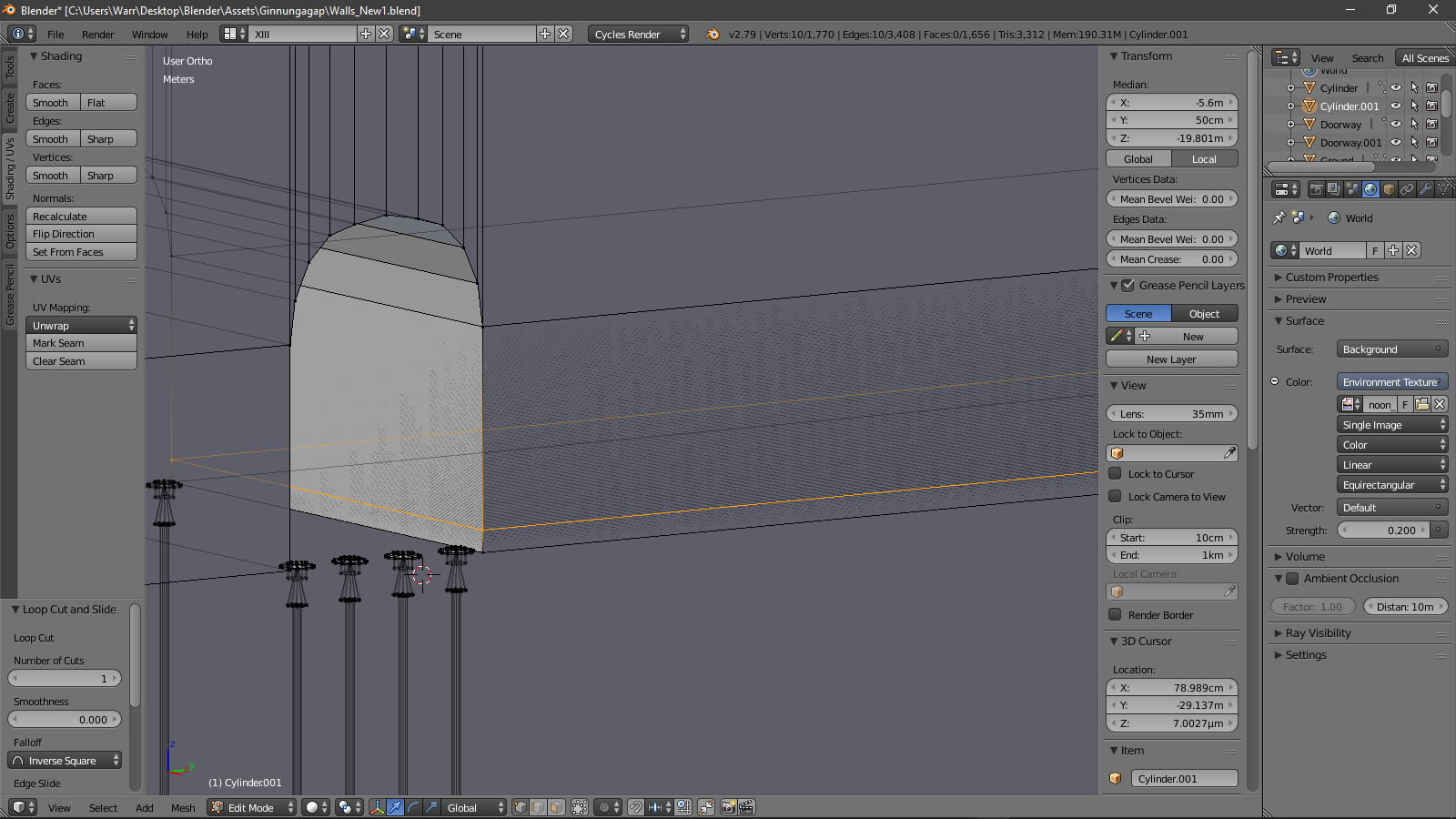 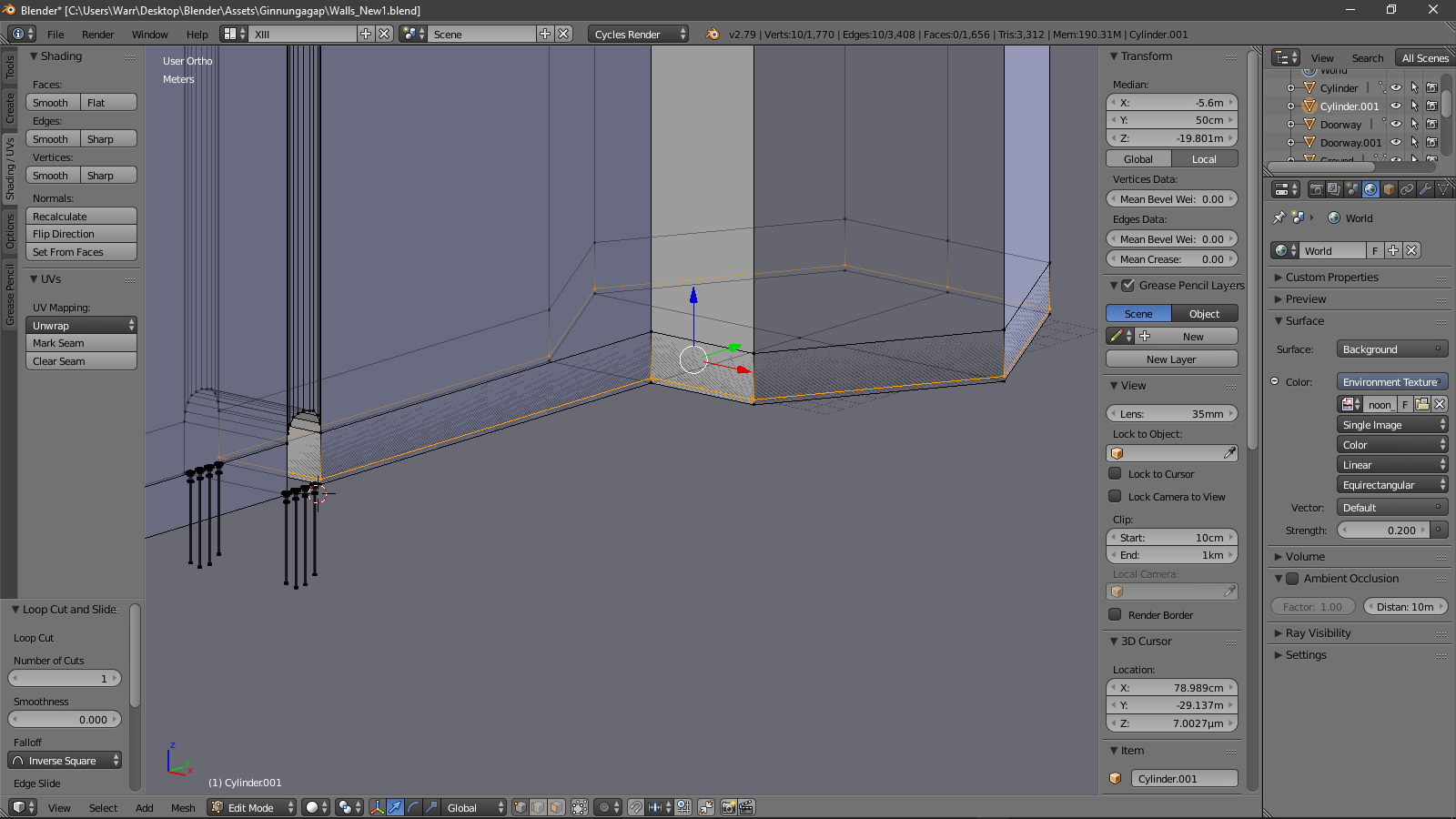 It's not a random glitch, it's called Z-fighting. It happens when 2 or more faces occupy the very same space. Then Blender doesn't know anymore which of the faces should be in front and which ones should stay in the back. It also means that you need to clean your topology.

One method of checking for problems is to be in Vertex- or Edge Select Mode with nothing selected and hit CTRLSHIFTALTM to select all edges and its verts that share more or less than two faces. 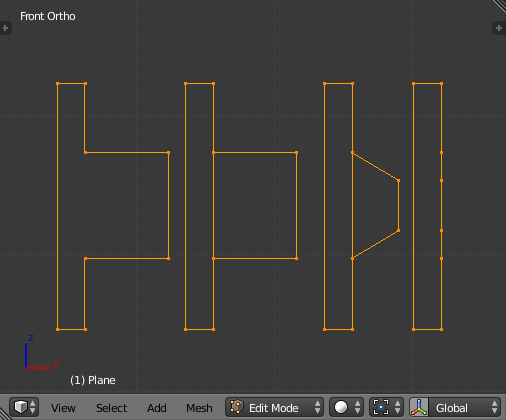 Here are 4 cross sections. The left one is how it should be. It has a clear inside and a clear outside and is the desired outcome. Every edge only shares two faces.

The second and third one have an internal face where it won't show from the outside. But CTRLSHIFTALTM will highlight all verts or edges that are connected to that face. This little rascal will also prevent you from recalculating normals correctly.

The fourth is where Z-fighting will occur. While it's not visible, there's now 3 small faces on top of one larger face because I scaled them to 0 on the x axis. And since they're not the same size, removing doubles won't do anything.

Sadly, it's perfectly possible to create Z-fighting topology that the mega shortcut won't detect. Just add a cube, duplicate it without moving it and then scale it down a bit on a single axis.

Ok, I found the problem. I duplicated the object a while ago, but I undid a bunch of things, and I thought the duplication got undone as well.

But it didn't, I didn't bother trying to move the object before, because it only started flickering when I did the loop cut. But now that I think about it, it makes sense.

Sorry for wasting everyone's time. But thank you for the answers, they helped me realise my stupid mistake.

21
How do I avoid rendering glitches from overlapping faces?
39
Cause of black artifacts in render?