How to turn face from existing mesh into new mesh?

This question is similar but didn't seem to solve this problem.

How can you turn a face from an existing mesh into a new standalone mesh, without changing the visual state of the object?

Let's use as an example the default cube in Blender that appears with new files.

How could you extract each cube face from the existing mesh and create a new mesh with only that one cube face?

In the end, the cube should look the same but you should have six meshes -- one for each cube face. 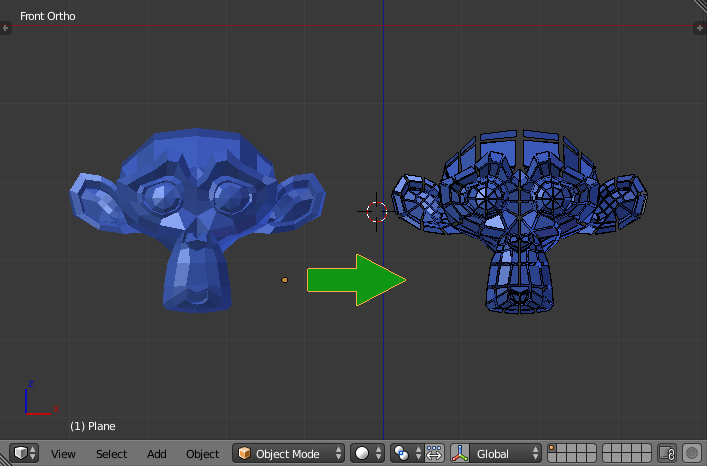 I recommend saving before trying this with a mesh that has lots of faces. Separate can take quite some time and has no indicator whether it's still working.

P.S.: I scaled the object centers of the right Suzie's faces to illustrate the effect. If I hadn't, it would look identical to the left Suzie.

I eventually came up with a script. It uses the active object as its source.

51
How can curves be converted to meshes?

12
How to turn medical scans into models in Blender?
0
How to Make Extruded/Drawn Vertices part of Face it Was Drawn On?
0
Create new object from selected faces while retaining faces on old object
0
Boolean modifier not making new faces in mesh