Why does my model tear apart at its vertices when attempting to pose?

I'll apologize in advance if this is an lame question or if I've missed an obvious step in this process, but I only just started using Blender and Unity yesterday, so to say I'm green would be a massive understatement.

Anyhow, my end goal here is that I'm setting up a model to import into Unity to then export as an avatar for VRChat. I've successly uploaded six avatars so far, all performed well while in use. However, each of those models were already rigged, which made configuring them in Unity infinitely easier. Now, I recently downloaded an .fbx of Prophet from Crysis. Upon opening the scene in Unity, I realized it had no skeleton, and so I imported it into Blender to begin rigging. Creating bones seemed relatively simple, but when I parent the mesh with the armature and attempt to test posing, chunks tear away -- and in some instances it even affects areas in unrelated parts of the mesh, like the upper leg pulling chunks of the shoulder when rotated. 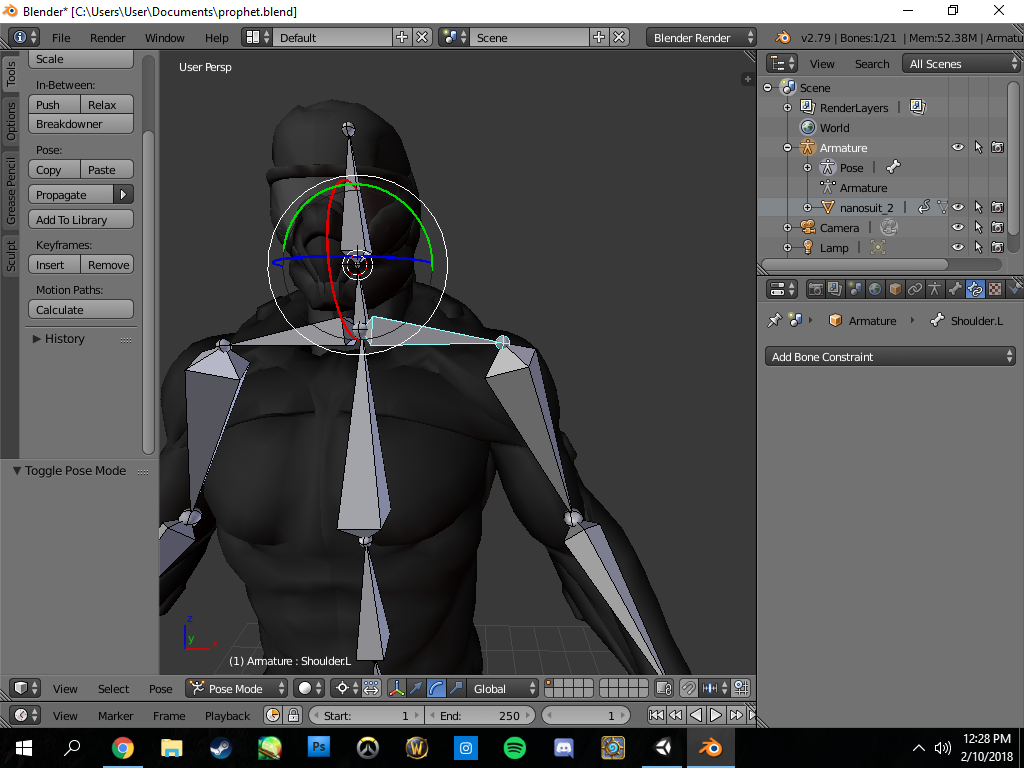 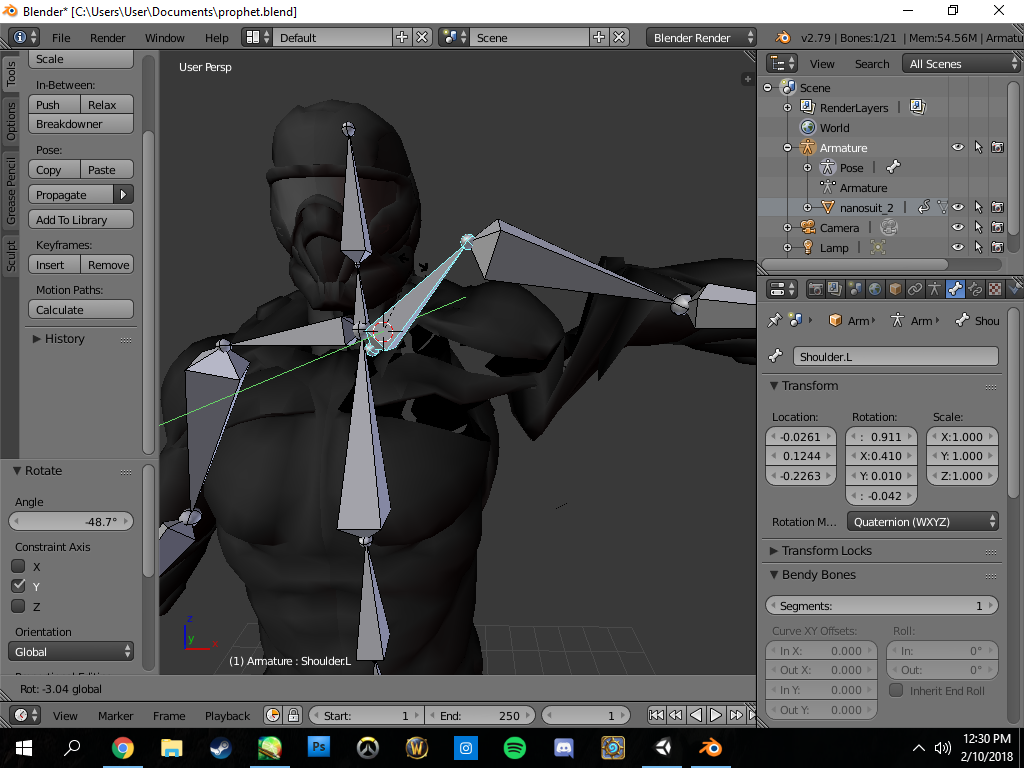 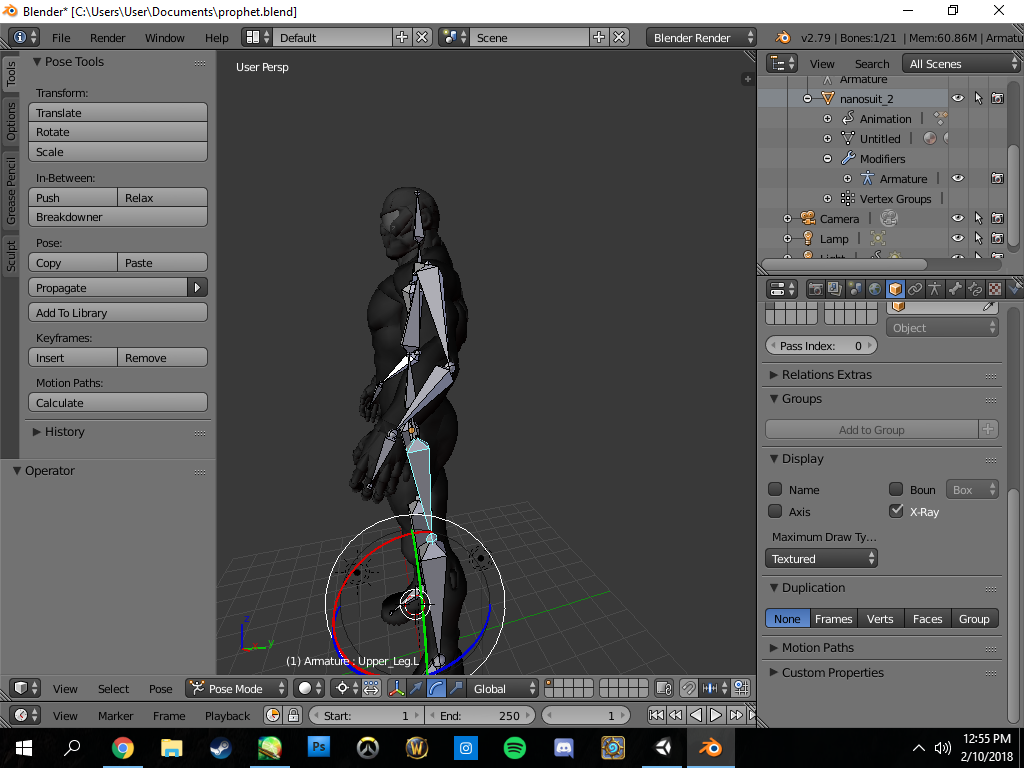 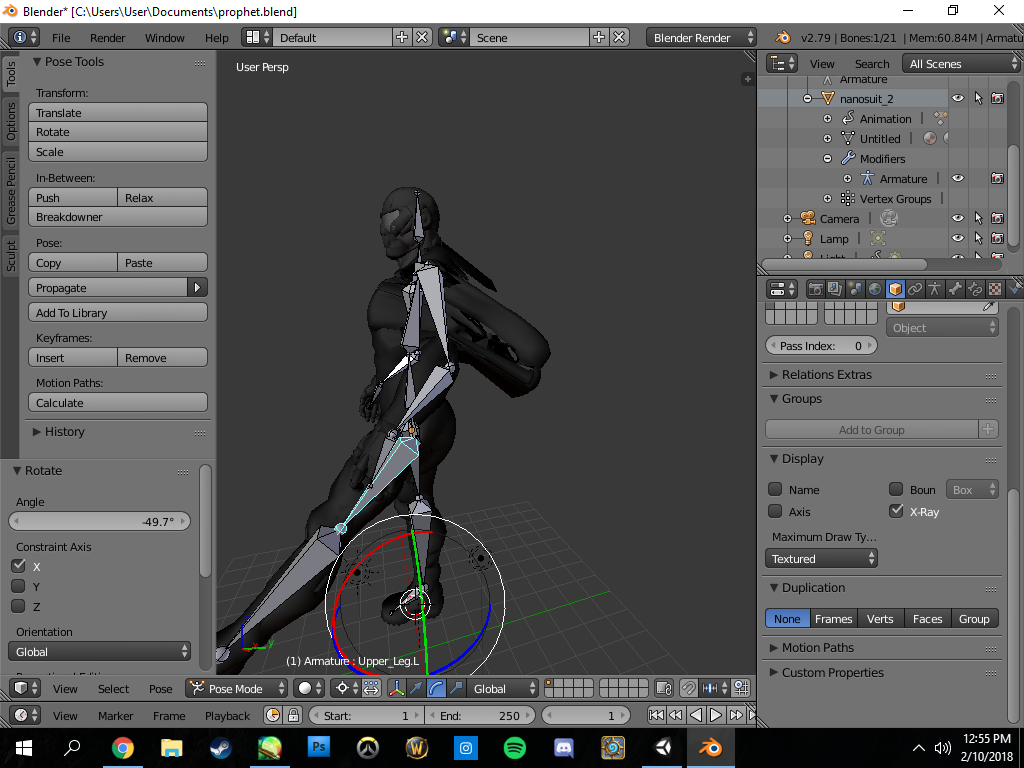 I've not yet manually weighted anything, I simply set parent with automatic weights. I thought maybe if I went in and specified weights that some of the issue might get resolved, but it either did nothing or made things worse.

Any advice would be immensely appreciated. I've tried to do my own research before asking for help, but Youtube and Google have proved unhelpful in this circumstance.

Here is a link to the .blend file if that would make figuring this out easier: http://www.mediafire.com/file/5dj5qbojbfcsjtu/prophet.blend

As indicated in my comment, your problem seems to be loose geometry. I found I could clean it up fairly easily by selecting all vertices of your mesh in Edit mode, then choosing Mesh-->Clean Up-->Remove Doubles and specifying a "Merge Distance" of .06. I can't tell whether that took out details of your mesh that you wanted to keep, but this resulted in a mesh without loose parts. Re-parenting the mesh to the armature with automatic weights made everything work as expected. You could try playing with the Merge Distance of the "Remove Doubles" command if parts of your mesh are getting oversimplified.

Not the answer you're looking for? Browse other questions tagged mesh rigging or ask your own question.