What I am trying to do

I am working on building a very large mesh terrain using height-maps (DEMs). I am trying to accomplish this by tiling the DEMs using QGIS that maintains the georeferencing data on each tile. Using the BlenderGIS add-on, I import the mesh as a RAW DEM and use Delaunay triangulation to generate the mesh. I use QGIS to generate a hillshade texture and tile that with QGIS using the same parameters for the DEM and then apply to the mesh using nodes.

Each tile is imported and save into it's own blend file. I link the mesh object from the external .blend files. Since the entire scene is georeferenced, the tiles are placed in the appropriate location. However, I get these small lines between each tile. I am not sure how to fix this. Is this a problem with the add-on or am I doing something incorrectly?

Since I will ultimately be moving this to BGE, I would like something that is BGE-friendly. However, if the solution is modifying something inside my external .blend files that does not apply.

Here is a screenshot of my tiled mesh 3x3 size: 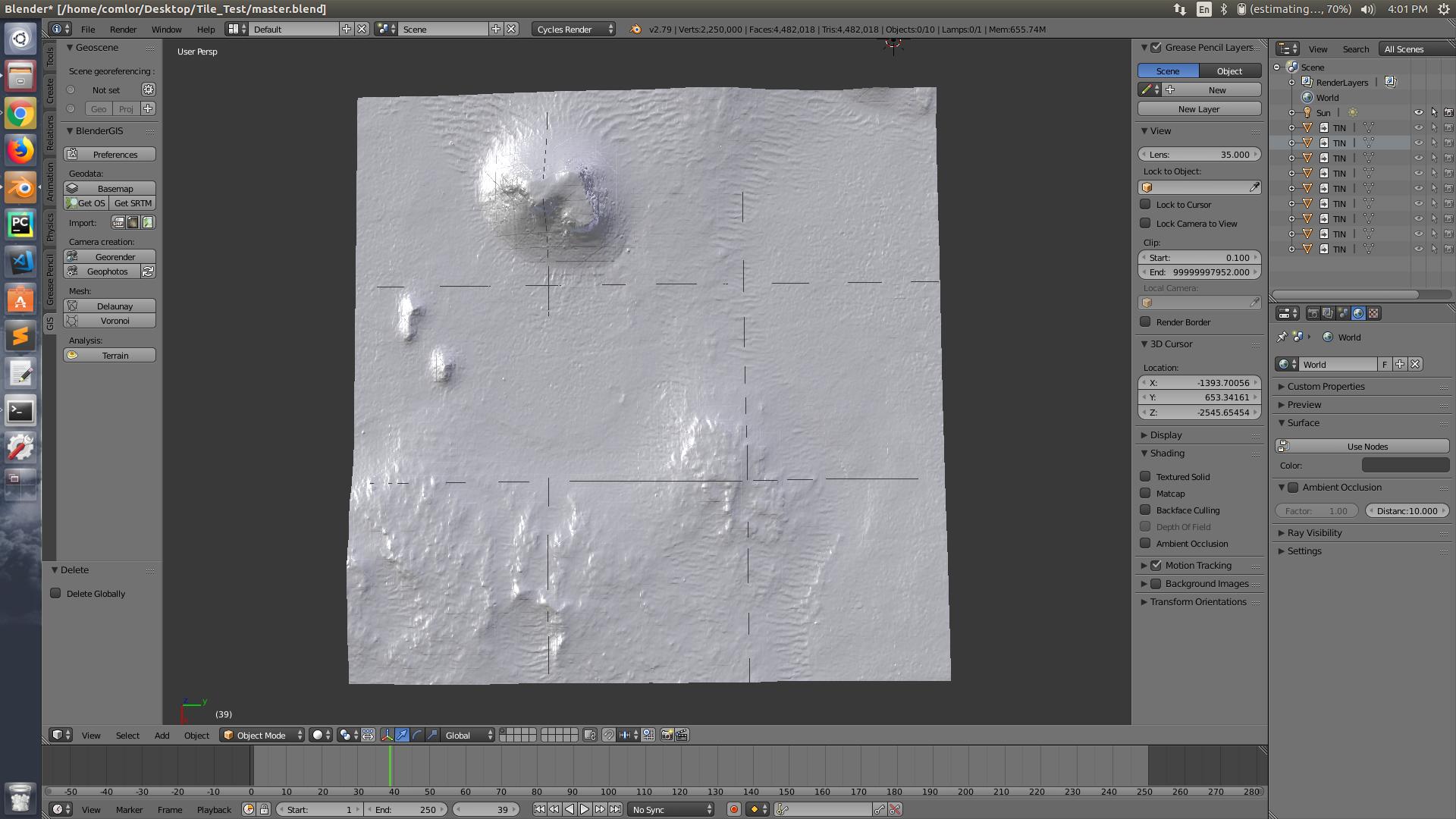 Here is a screenshot of the mesh with a texture: 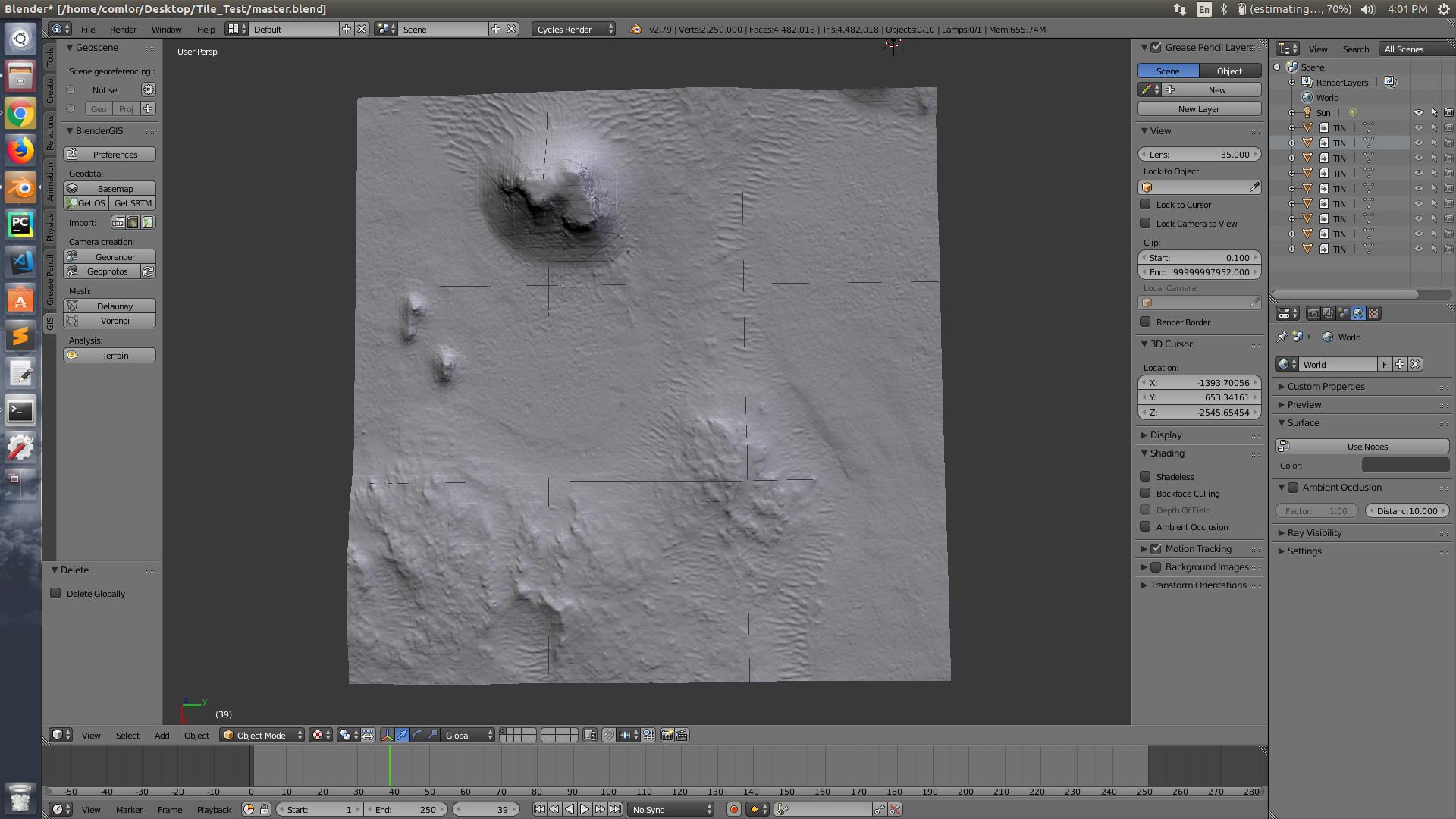 Each tile is a 500m x 500m square for a total size of 1.5km x 1.5km. Once I figure this GAP thing out, I plan to switch over to BGE and build a LOD. These are all high poly but I also have low poly version already created for these 9 tiles. When ready, the entire mesh will be about 31km x 31km in size.

I contacted the BlenderGIS plugin developer on Github. He suggested using a smooth modifier, which did not seem to resolve the issue. It only forced me to make all the linked files local, but the gaps remained.

The developer of the add-on suggested to shift each tile by 1 pixel. This sounds reasonably simple for the pictures shown. But when all is said and done there will be about 3000 x 3000 tiles to shift.
Is there a way to create a predefined grid of a specific cell size that I load the tiles into and swap tiles as the camera moves?

Ensure you have the connecting edges on each tile. What I mean with that is.

As your tiles are in different blend files you might check the positions of the corner vertices of each tile. When the tiles are moved to the center of the scene, you need to subtract the according offset of the tile.

Not the answer you're looking for? Browse other questions tagged modeling cycles-render-engine mesh game-engine or ask your own question.

0
Should I fill the mesh between two objects?
2
How to create a seamless low poly terrain with displace and multiple planes?
0
Filling large gaps between curved geometry using faces?
4
How can I effectively import and texture a large height mapped terrain mesh?
1
Weight-painting mesh containing only vertices
3
Dividing terrain mesh up into multiple tiles with script - border gap issue
1
Complex text (curve) to mesh creates gaps