Modify size of bevel object at certain points along path

I am creating a growing branch that will grow into my daughters name similar to the video tutorial here: https://www.youtube.com/watch?v=FdEAx3SbFaw

The video tutorial shows how the tapered branch grows. After it grows, I want it to get fat in some areas, but not all. I was hoping to control the tapered width at different areas but the tutorial says to use the bevel object as the taper object in order to achieve a animated growing while extruding effect. Once it grows to the length I want, then I want to change the diameter at different areas.

Currently I can only get a straight taper with the setting set to taper object. 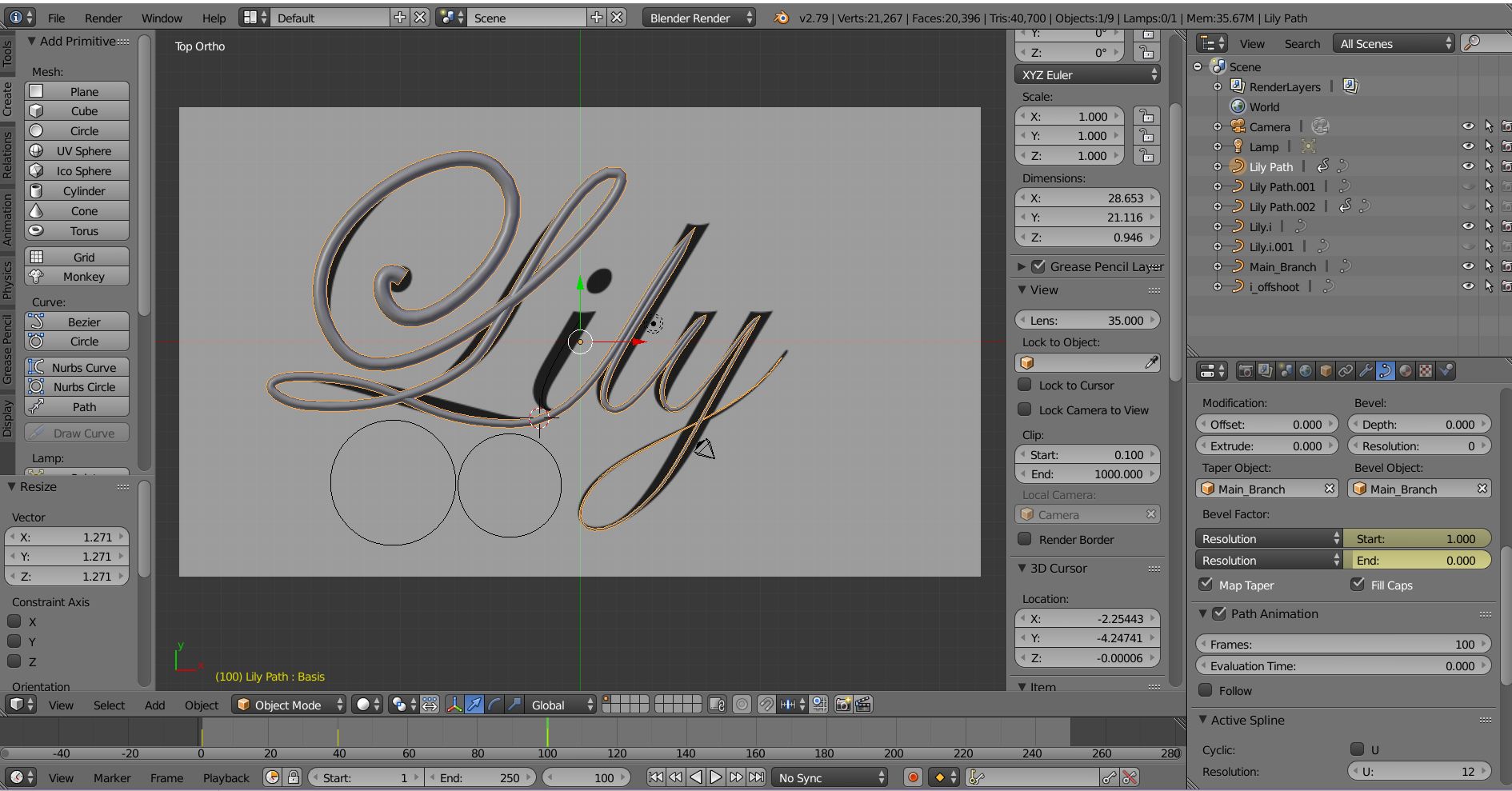 Instead of using the Bevel object, simply set Bevel Depth to a fixed value. You can then use Shape Keys on your taper object - for the 'growing branch' stage you would simply have a gentle curve, starting high and tailing off. Animating the Start and End will allow the branch to 'grow'.

Once it has grown you can then use the shape key to blend to a new taper shape where different sections of the taper curve are higher or lower to vary the thickness at the corresponding point along your curve.

In order to achieve this your Taper curve would need to have enough detail to allow for your final shape. An alternative is to use a Lattice to make the deformations and apply the shape key to the lattice instead of the curve itself.

This is a very rough example (the first time I've attempted this and knocked up in a spare half-hour - so excuse the lack of artistic talent!), but the following can be achieved :

I am going ahead and answering this after approaching the problem a different way. The video tutorial I sited has the user using the bevel object, as the taper object.
This doesn't allow one to change the width of the object after it has grown to where the user wants.

So, I created a separate bevel object and taper object and selected the 'Map Taper' check box.

So first, I animated the growth of the stalk all the way to the end and kept my taper object static.